A lighter version of sweet and sour pork, which I used to cook quite often back in the day when we lived in La Puente. Haven't cooked it since we moved out here to Murrieta, so I'm revisiting an old fav. Traditional sweet and sour pork involves twice-frying cubed pork dredged in cornstarch, which is much more labor-intensive and calorie-laden than using straight chicken. The sauce is my "mother sauce," which I've perfected over the years, for a number of sweet and sour dishes, including sweet and sour shrimp, fish, and pork.


2. Stir together sauce ingredients in a bowl. Set aside.


3. Heat 2 tbsp. vegetable oil in a skillet or wok over high heat. Saute diced red onion until it starts to soften. Add garlic and cook 1-2 minutes.


4. Add chicken, and saute until just cooked through. Stir in half of chopped cilantro and scallion. Add diced bell peppers and sliced jalapeno. Saute for 2-3 minutes until peppers are tender-crisp. Season with a pinch of salt & pepper, as needed.


5. Pour in reserved sauce ingredients and bring to a boil. Cook 2-3 minutes or until sauce is thickened. Remove chicken to serving dish & garnish with remaining chopped scallion & cilantro. Serve with hot white rice. 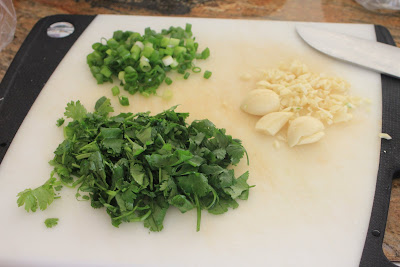 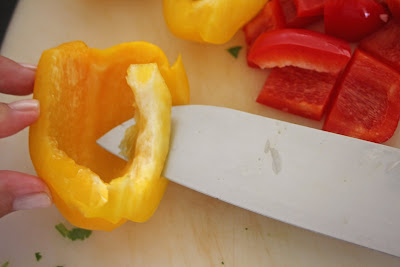 Seed and trim the thick white membranes from the bell peppers. 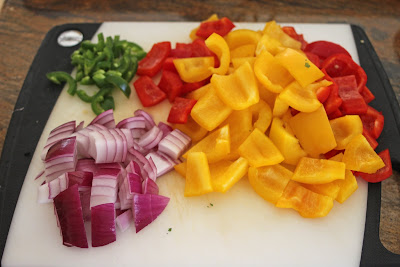 Diced red onion, sliced jalapeno, diced red & yellow bell peppers (I usually include a green bell pepper, but just didn't happen to have them on hand when I made this recipe). 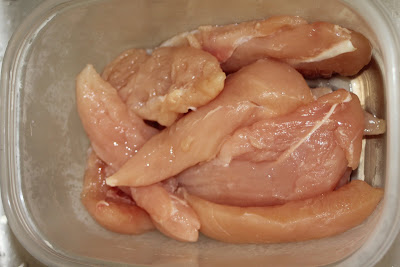 1 1/2 lbs. chicken tenders. I usually buy a mondo bag of these frozen and defrost as needed. Very convenient. I also always remove that white tendon from each chicken tender before using, as I hate biting into one of these in the final dish. 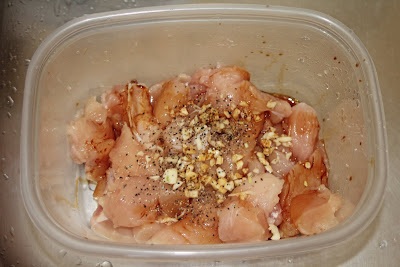 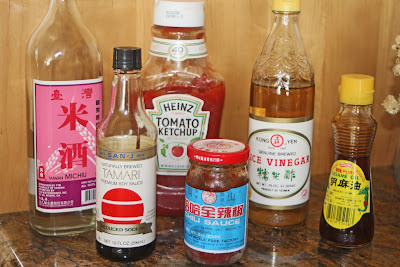 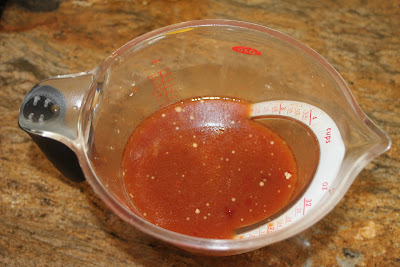 Stir together sauce ingredients and set aside. 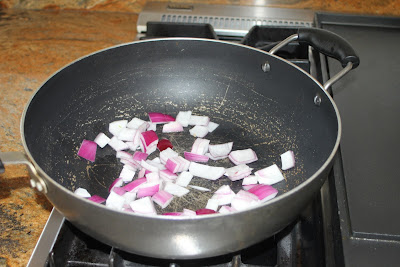 Saute red onions in 2 tbsp. of oil until softened. 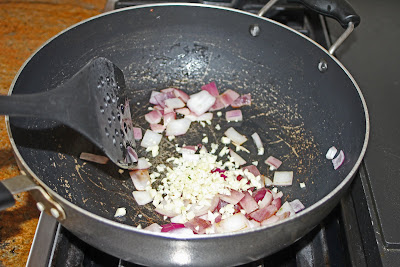 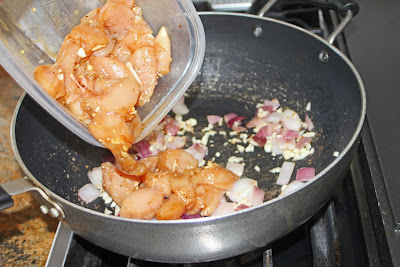 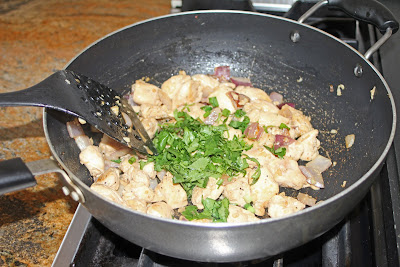 When chicken is almost cooked through, stir in half of chopped cilantro & scallion. 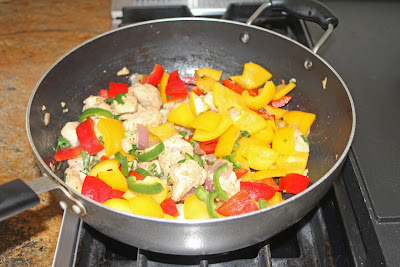 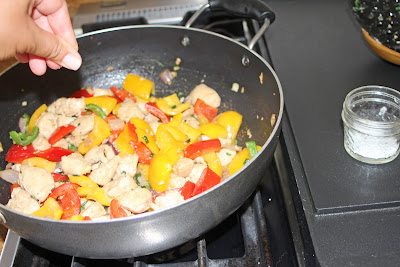 Season with a pinch of salt & pepper, as needed. 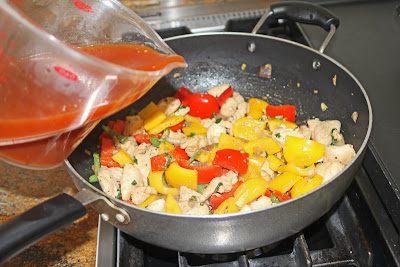 Add sauce, and bring to a boil. Cook 2-3 minutes or until sauce is thickened. 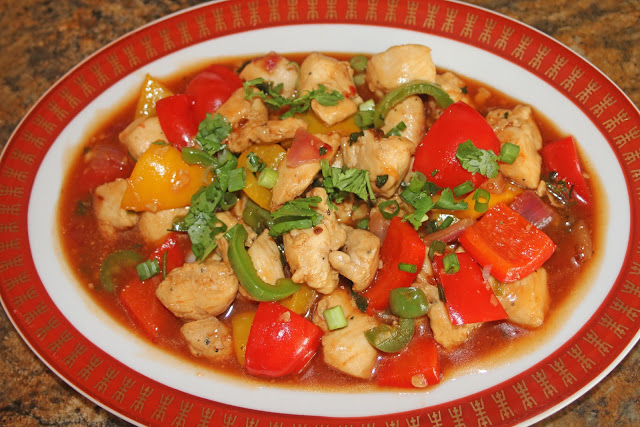 Garnish with remaining scallion & cilantro.
Posted by camissonia at 8:51 PM