Taiwanese congee or rice porridge is usually cooked plain (just rice and water) or with some diced sweet potato, but another traditional version called "Giam Mue" (translated as "salty" rice porridge) includes savory ingredients like shiitake mushrooms, tiny dried shrimp, celery, fried shallots, and ginger. My mom makes a delicious version, but since I don't have her exact recipe, this is my take on it. I've gone off the rez a bit by adding ground pork but, hey, everything's better with pork, right? 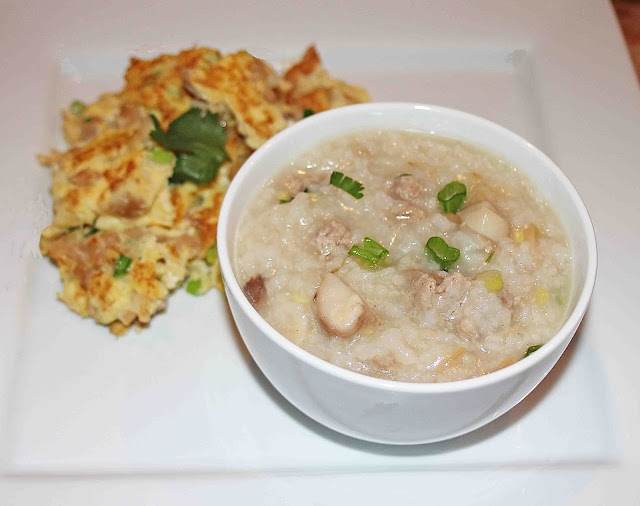 Congee served with a side of Taiwanese dried radish and scallion omelette (Tsai-bo Nung) http://thegrubfiles.blogspot.com/2011/10/taiwanese-style-omelette-with-dried.html

1. Combine the rice, water, 2 tsp. salt and 1 tsp. of hondashi in a large stock pot. Bring to a boil, then reduce heat to a simmer. Simmer for about 1 hour until the porridge is very thick, but not pasty (add additional water if needed).

2. In the meantime, place the dried shiitakes and shrimp into a medium bowl and cover with hot water. Let sit for about 20-30 minutes until softened. Once softened, dice the mushroom caps (discard the stems) and finely chop the shrimp; set aside.

3. Heat a medium sauce pan over medium-high heat. Add the ground pork (no need to add oil to the pan first) and break up with a potato masher. Once the pork is about halfway cooked through, add the chopped dried shrimp, diced shiitakes, fried shallots, ginger, celery, scallions, cilantro, white pepper, soy sauce, rice wine, and sesame oil. Stir-fry for 30 seconds or until the pork is cooked through.

3. Add the pork mixture to the rice porridge and stir well to combine. Add an additional 2 tsp. of kosher salt to the porridge, or according to your taste. Simmer for another 5-10 minutes, covered. 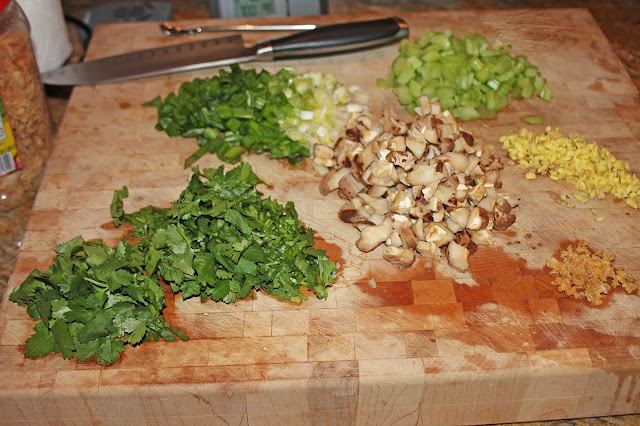 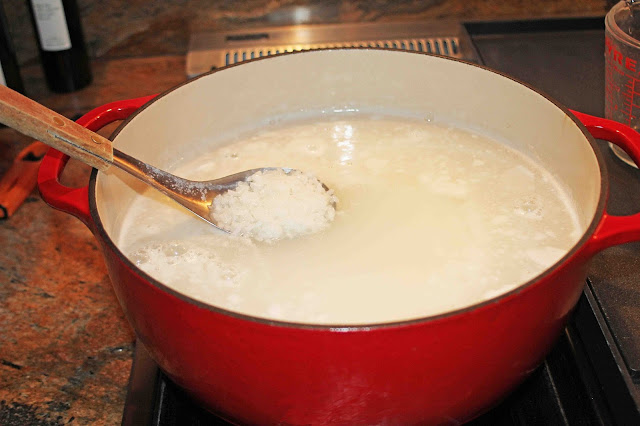 Cook the rice in 16 cups of water seasoned with 2 tsp. kosher salt and 1 tsp. hondashi (optional) until it reaches a porridge-like consistency (about 1 hour). 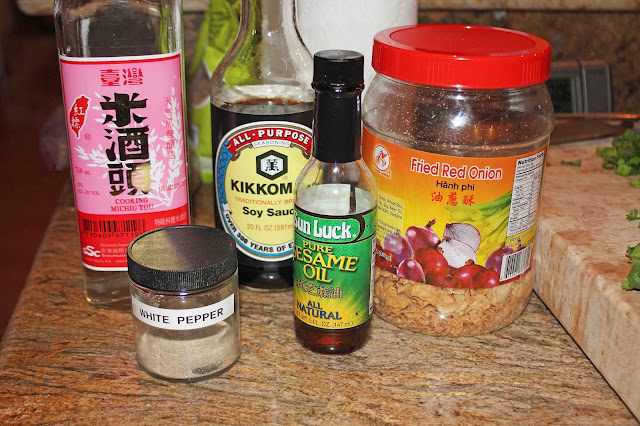 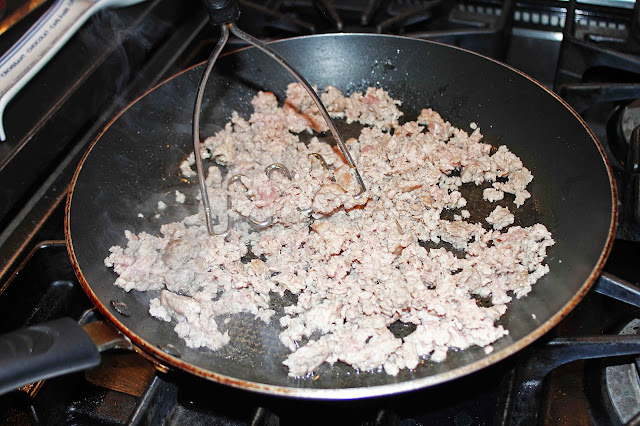 Add the ground pork to a hot saute pan (no oil needed) and break up the pieces
(a potato masher is the best tool for this job). 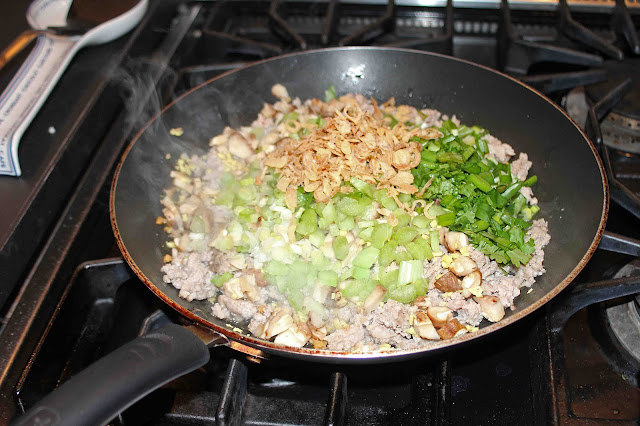 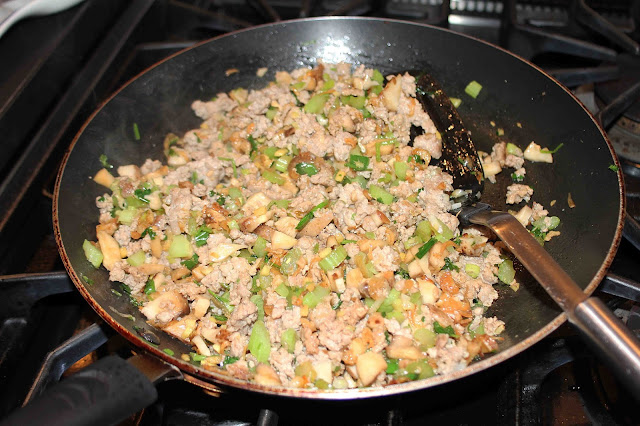 Stir-fry all the ingredients for about 30 seconds or until the pork is cooked through. 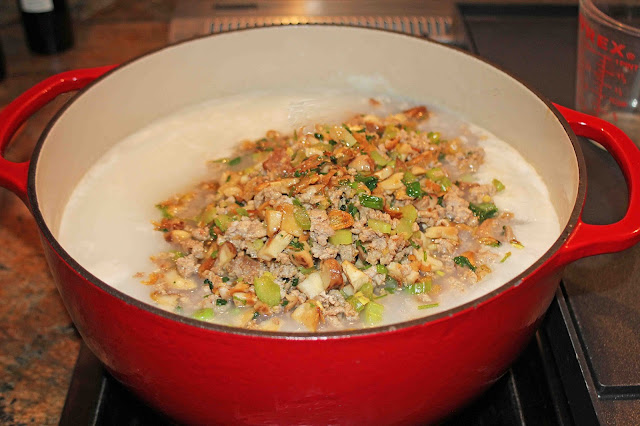 Add the pork mixture to the rice porridge. Bring to a boil, then cover and simmer
for about 10minutes. 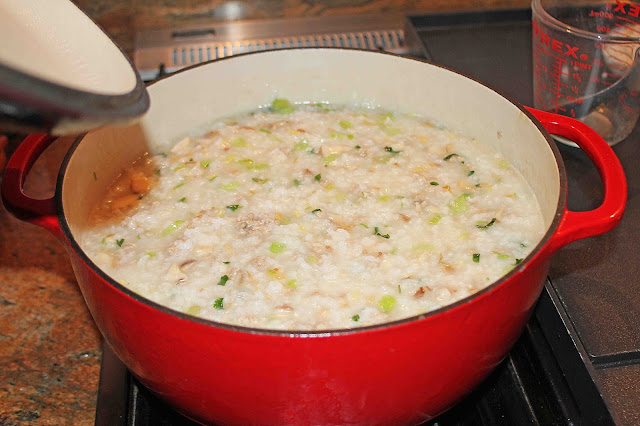 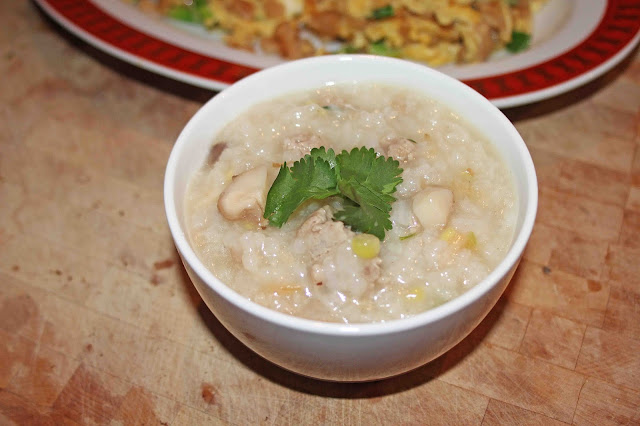 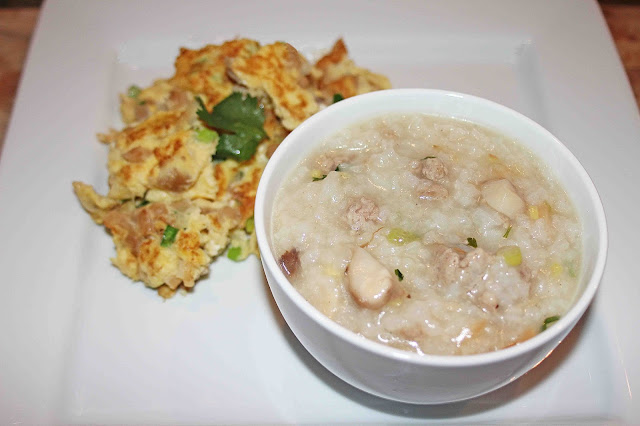