I adapted this recipe from Bobby Flay's Chili-Rubbed Braised Short Ribs in his Mesa Grill Cookbook. I reduced the amount of cinnamon, increased the number of garlic cloves, and served it over white rice rather than polenta. After almost 3 hours of cooking, the beef is fall-apart tender and super aromatic. The cinnamon is what gives this dish its unique flavor.


2. Mix together dry spices in a small bowl. Place ribs on foil-lined baking sheet and season all sides generously with the spice rub.


3. Heat oil in a large Dutch oven or cast iron pot over medium high heat until the oil shimmers. Place ribs in a single layer in the pot (meaty side down) and cook in batches until golden crust forms, turning over once. Remove ribs to a plate.


4. Remove all but 2-3 tbsp. of oil in the pot (or add that amount, if there's no oil left), then add garlic, onion, celery and carrots. Cook over medium heat for about 15 minutes until browned and caramelized. Add wine to deglaze; reduce by about 2/3. Add chicken stock and water, turn up heat and bring to a boil.


6. Skim off as much fat from the top as possible (there will be lots). NOTE: by the next day, the fat will have congealed so you can skim off whatever's left much more easily. Remove meat from the bones and return to the sauce in the pan (if using boneless, well then you can just skip this step). If there's a lot of sauce, you can put the pot on the stovetop, bring to a boil, and cook until the sauce is reduced to a gravy-like consistency. 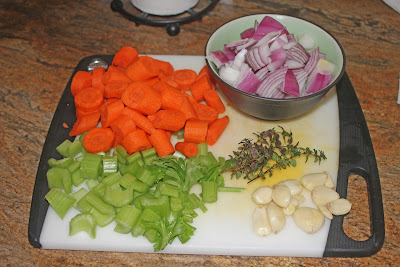 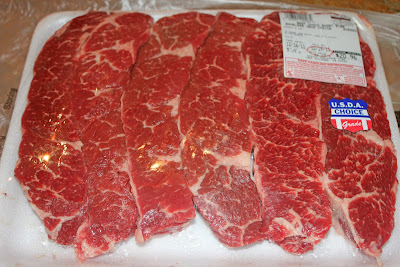 These are the boneless short ribs from Costco. 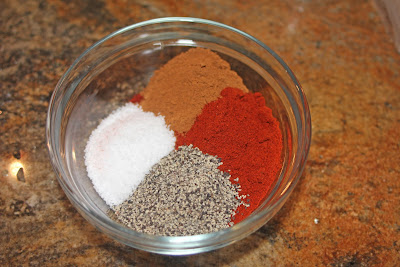 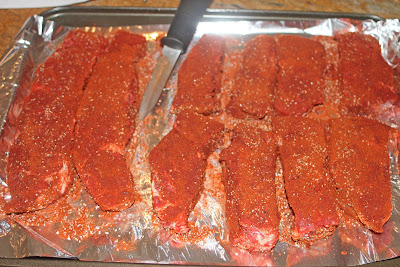 Rub the ribs generously on all sides with the spice rub. Since these short ribs were kind of long, I cut each of them in half. 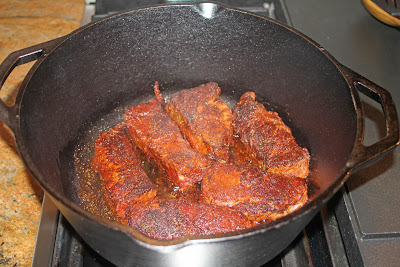 Brown the ribs in vegetable oil in a single layer (cook in batches). 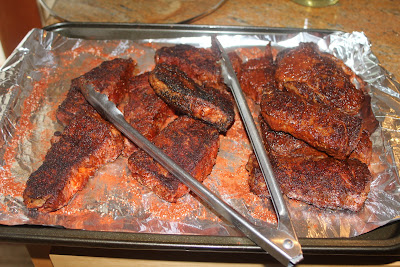 Remove browned ribs to a platter. 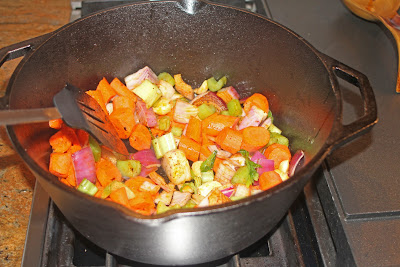 Cook vegetables in 2-3 tbsp. of oil in the same pot for about 15 minutes, or until caramelized. 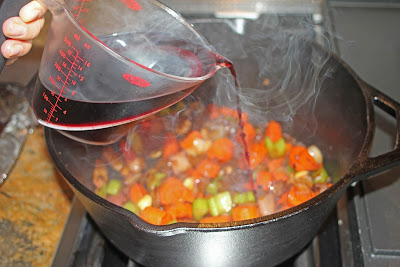 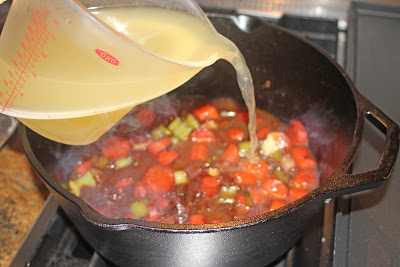 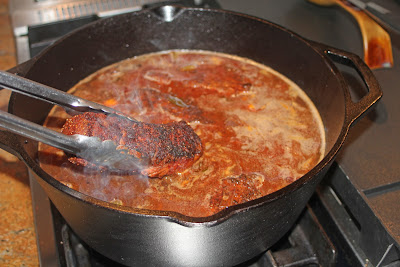 Add short ribs back to the pot. 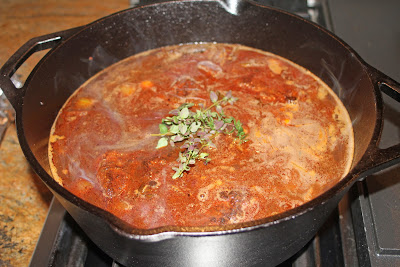 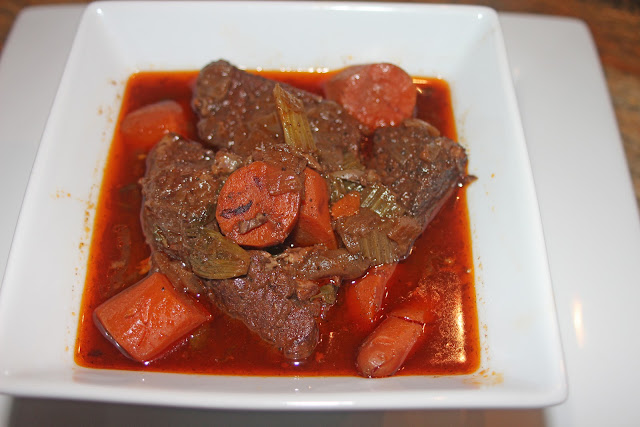 Serve with white rice, polenta or mashed potatoes. Garnish with chopped scallion or cilantro, if desired. It's even better the next day.
Posted by camissonia (Arleen) at 8:45 PM