This is a Cuban-inspired dish, with some "Mojo" goin' on. The Mojo part involves orange juice, garlic & ground cumin. The original recipe for the marinade (don't remember which cookbook I got it from) called for a ton of sliced garlic sauteed in a ton of heated olive oil, and then adding fresh OJ to the blazing hot garlic infused oil. A rather dangerous combo, I might add. Anyhoo, after years of trying to perfect this recipe, I finally realized that you don't have to actually cook the mojo sauce in order to garner the same results. I basically got lazy one day and decided to just throw all the ingredients together with the shrimp and let the bon temps roulez. It totally worked. The key to this recipe is that you've got to keep the shells on the shrimpies. That coat of armor will keep these guys absolutely succulent and delish throughout the grilling process. Eat this dish sans utensils, with a nice helping of non-vintage Sauvignon Blanc (heh), and a generous supply of napkins on the side.


Directions:
1. Combine shrimp with all ingredients in a large bowl. Mix well.


2. Pour shrimp mixture into a large Ziploc bag; squeeze out air pockets & "zip" the bag to close. Place bag flat on a plate or paper towel in the refrigerator. Marinate for at least 2 hours (but not more than 6 hours, or the shrimp will become ceviche). Turn bag over a couple times during the marinating process.


3. Prep the grill however you normally would (as long as the coals are piping hot before you put the shrimp on). We use those disposable perforated aluminum trays that are readily available in most supermarkets.


4. Cook shrimp (& pour any extra marinade over them) until they just turn pink. Remove and serve. If you don't eat them hot off they grill, they still taste pretty good at room temp. A good complement is grilled asparagus. 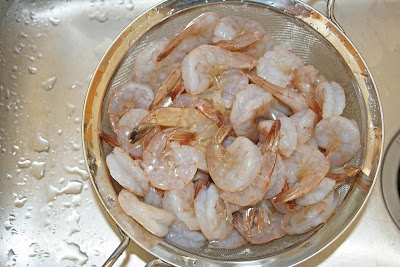 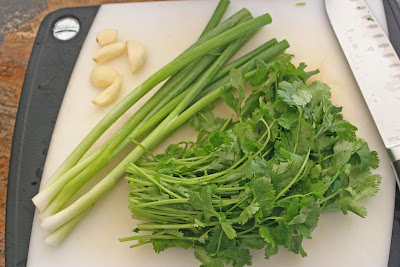 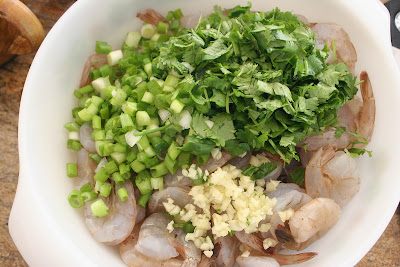 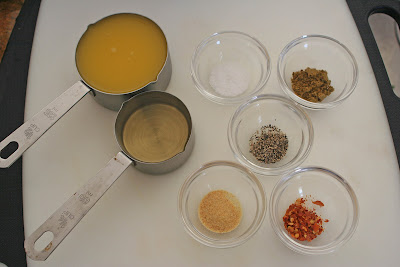 Clockwise from bottom left: olive oil, orange juice, kosher salt, ground cumin, black pepper, red pepper flakes, granulated garlic. I accidentally left out the white wine in this photo ensemble, but it's a must-have ingredient. I didn't use Mexican oregano this time around, but it's a nice touch if you have it on hand. 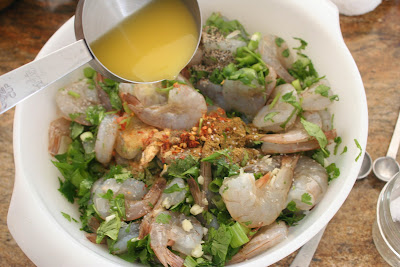 Add all the spices and then 1/2 cup of orange juice (fresh is best, but if you don't have it, the container stuff will do). 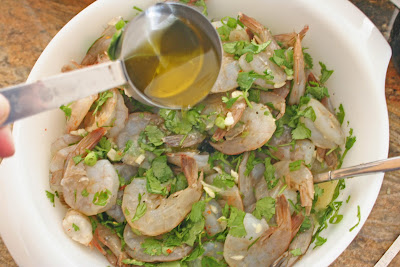 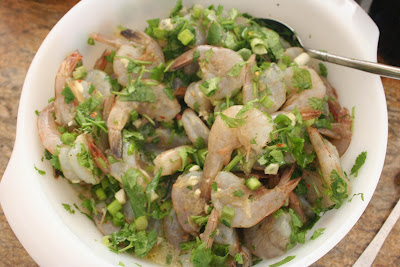 Stir it all together. 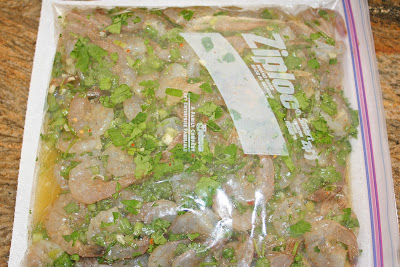 Put the shrimp mixture into a Ziploc-type bag. 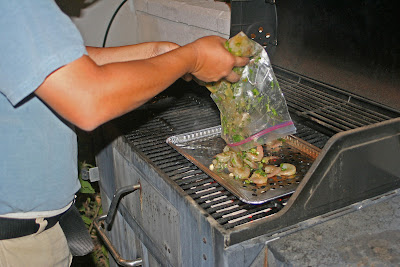 Gil putting the shrimpies on the barbie. 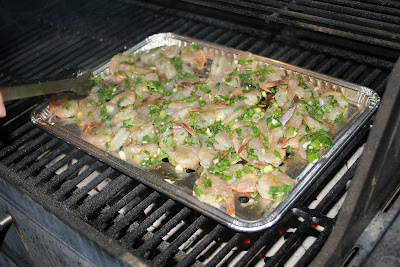 Shrimp cook very quickly, so keep an eye on them. 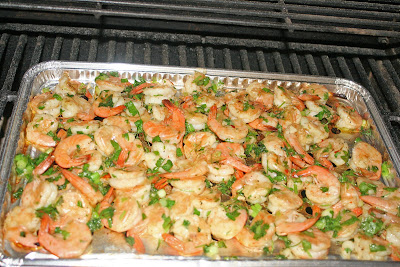 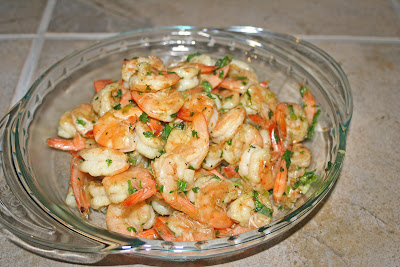 As good as it gets.
Posted by camissonia at 9:05 PM