Panna Cotta is an Italian eggless custard dessert that, in its basic form, consists of milk, cream, sugar and gelatin. The iterations are endless, but this creamy, light and airy version (which I adapted from The Best International Recipe cookbook by the editors of Cook's Illustrated) with vanilla bean and a fresh berry coulis, is totally scrumptious. 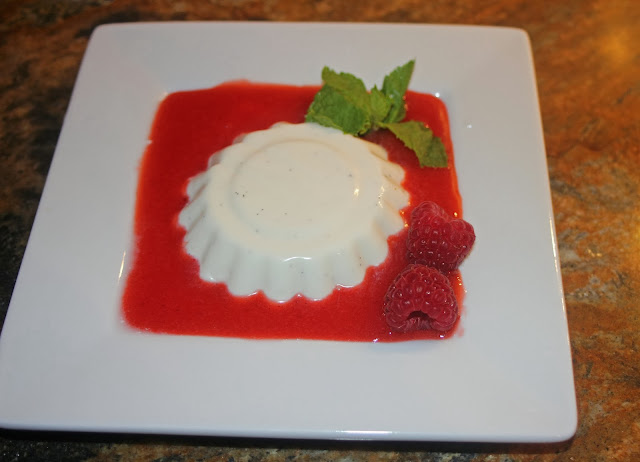 1. Pour the milk into a sauce pan and sprinkle the gelatin over the milk. Let sit for about 10 minutes.

2. Pour the heavy cream into a measuring cup. Cut the vanilla bean in half lengthwise and, using the blade of a knife, scrape the seeds out. Add the vanilla seeds and bean pod halves into the cream. Set aside.

5. Pour the mixture into a medium bowl and set it into the bowl of ice water. Stir the mixture frequently until it registers about 50F and has thickened.

6. Place about 12 ramekins or baking tins/molds onto a baking sheet.

7. Strain the mixture into a large measuring cup and pour into the ramekins or baking tins/molds.

8. Cover the molds with plastic wrap and refrigerate at least 4 hours and up to 5 days.

9. For the Berry Coulis: Add all the coulis ingredients with 5 tbsp. sugar into a saucepan and cook over medium heat until the sugar has dissolved. Blend the mixture in a food processor until smooth, then strain into a bowl. Stir in the lemon juice and 2 tbsp. of sugar. Set aside (can be refrigerated for up to 4 days or frozen).

8. To Serve: Pour a nice helping of the berry coulis onto a serving plate.

8. Dip each ramekin/mold very quickly in a hot water bath and then unmold by flipping and shaking the panna cotta upside down over the berry coulis onto the plate. Garnish with mint sprigs. 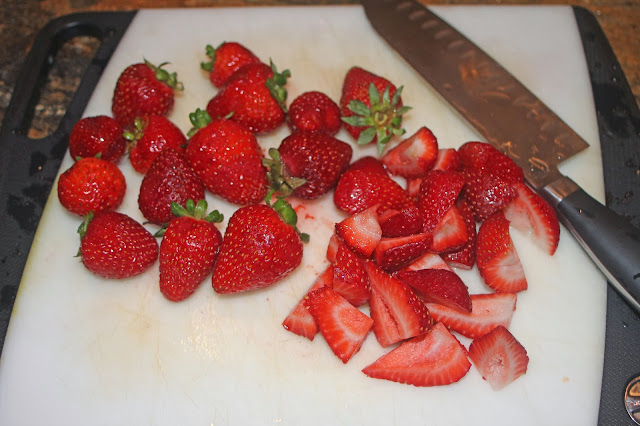 Slice the berries for the coulis. 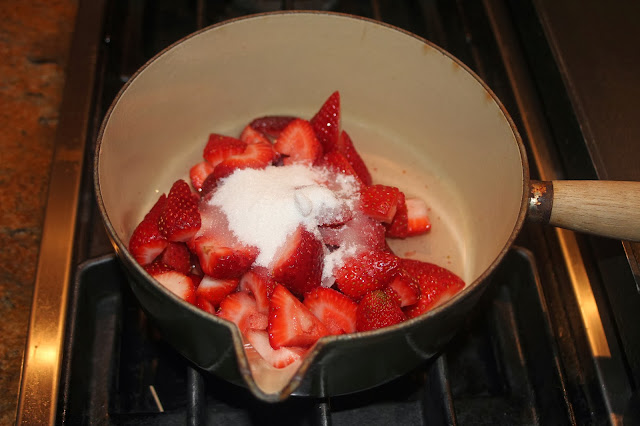 Add 1/3 cup of water, 5 tbsp. sugar and 1/8 tsp. salt to the berries. Cook over medium until the sugar has dissolved. 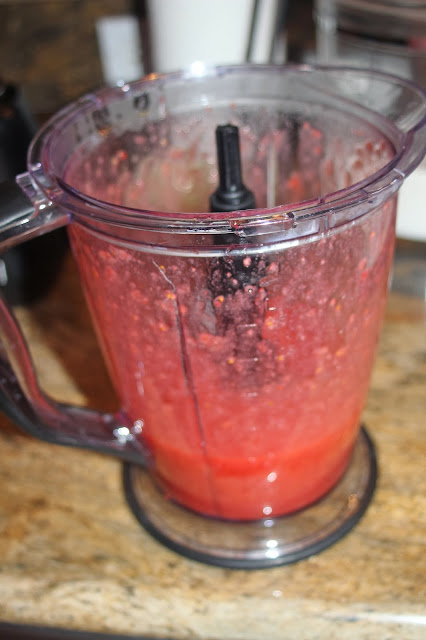 Blend the berry mixture in a food processor or blender. 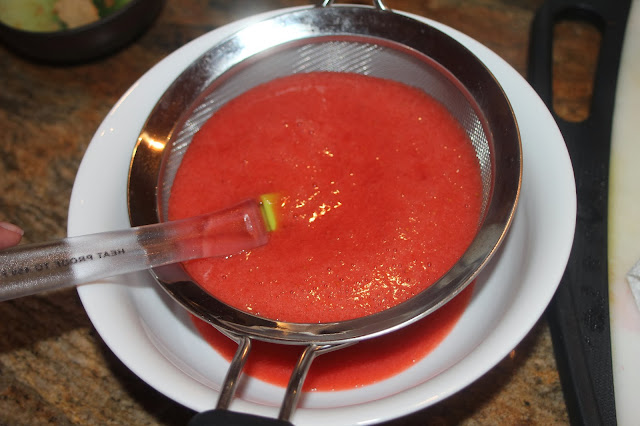 Strain through a sieve. 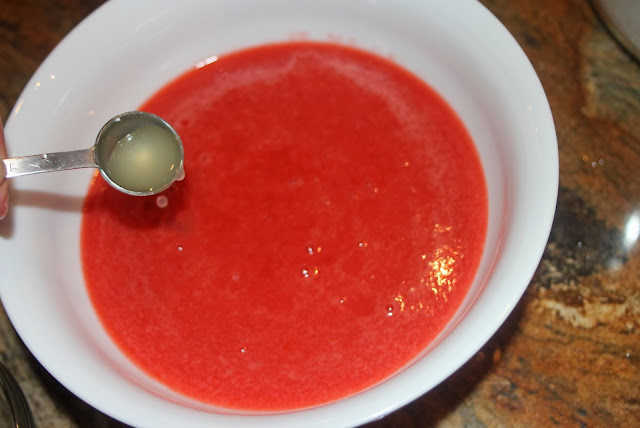 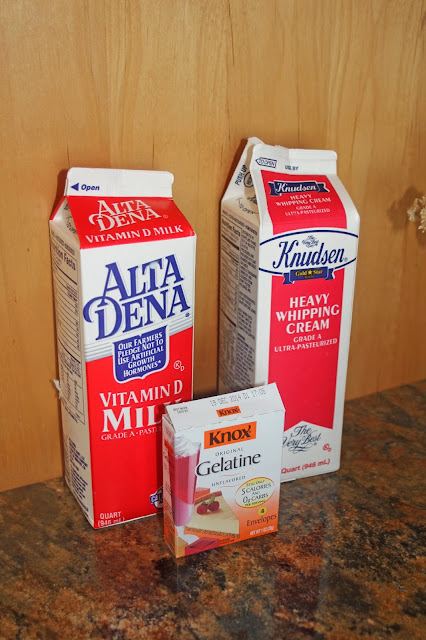 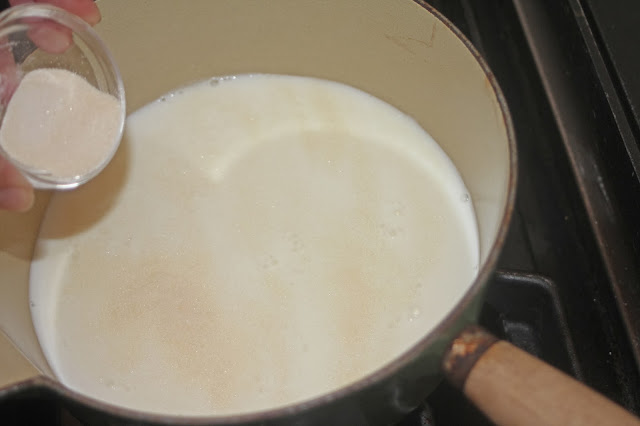 Sprinkle gelatin over the milk and set aside. 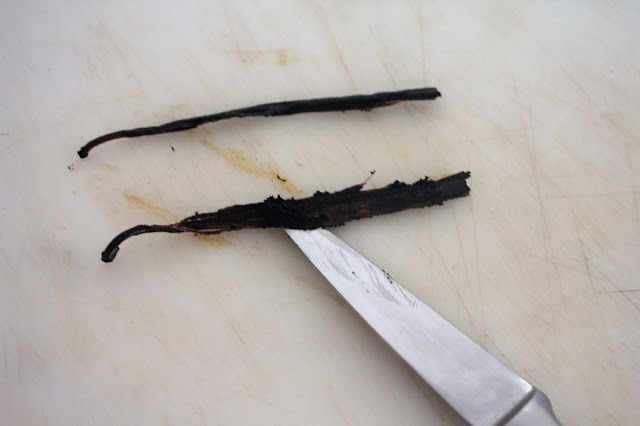 Cut the vanilla bean in half, lengthwise, then scrape the seeds out with the blade of a knife. 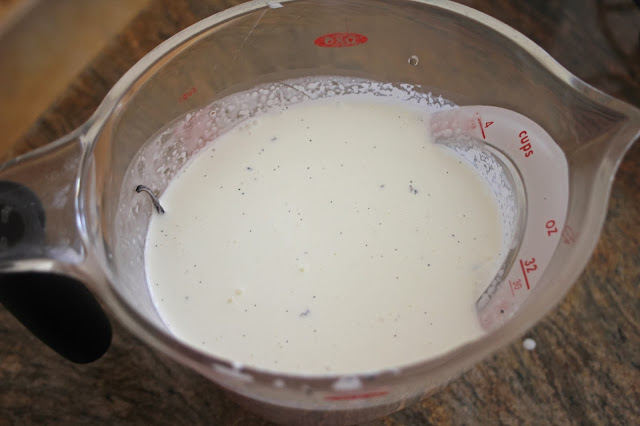 Add the vanilla bean pods and seeds to the heavy cream. 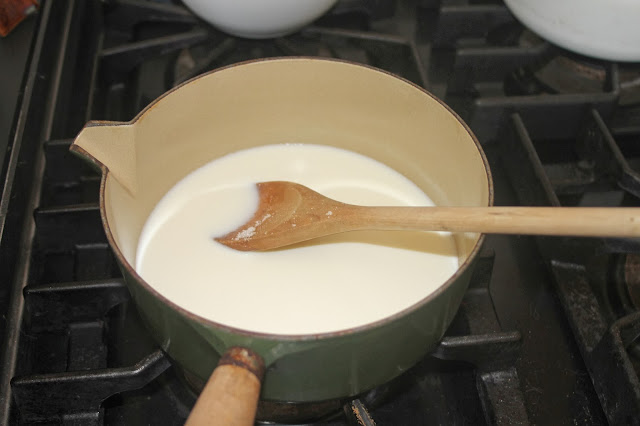 Heat the milk and gelatin mixture over medium-high heat, stirring constantly, until the gelatin has dissolved, about 1 1/2 minutes. 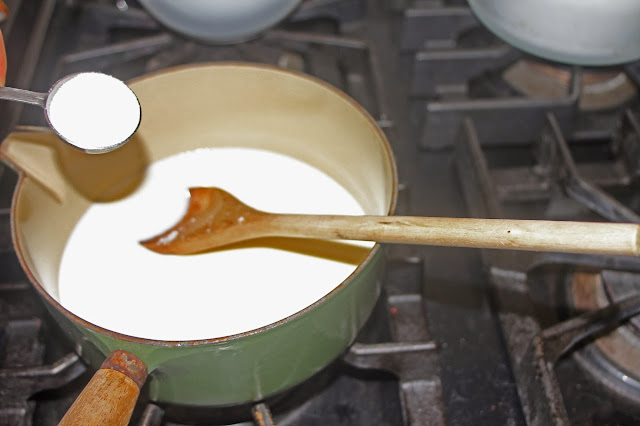 Remove the pan from the heat and add the sugar and salt. 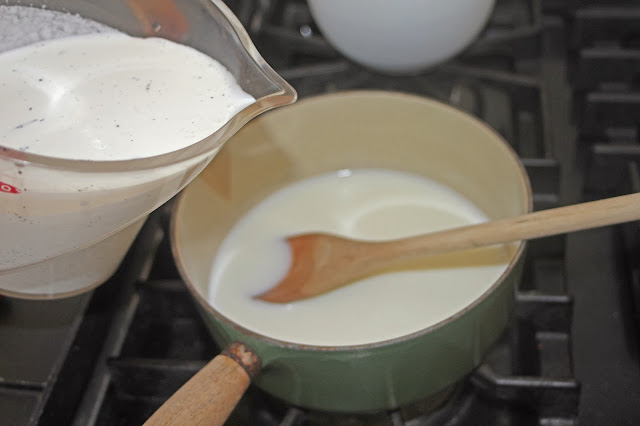 Stir in the vanilla-cream mixture. 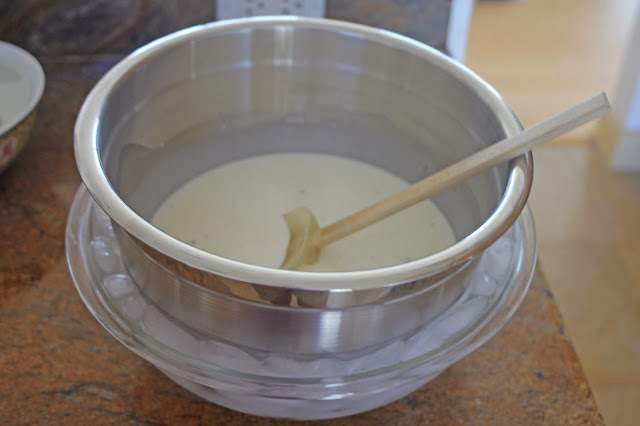 Place the bowl over the ice water bath and stir frequently, about 10 minutes, until the mixture has thickened. 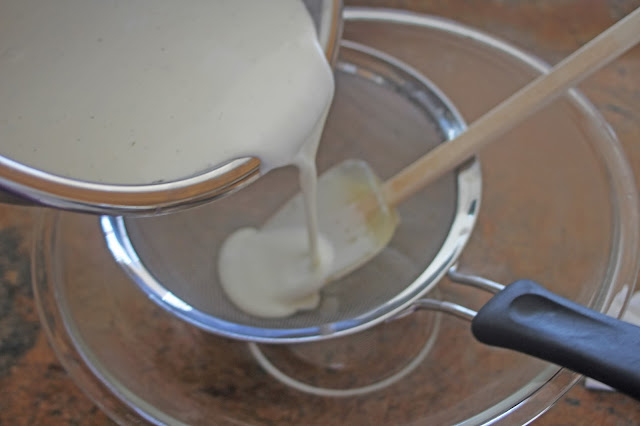 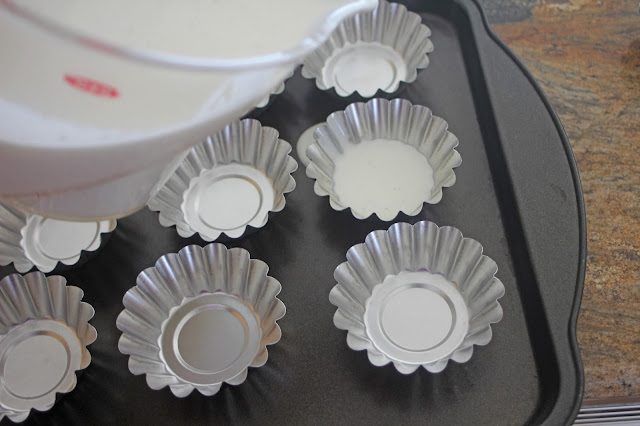 Pour into molds, cover with plastic wrap, and refrigerate at least 4 hours (up to 5 days) before serving. 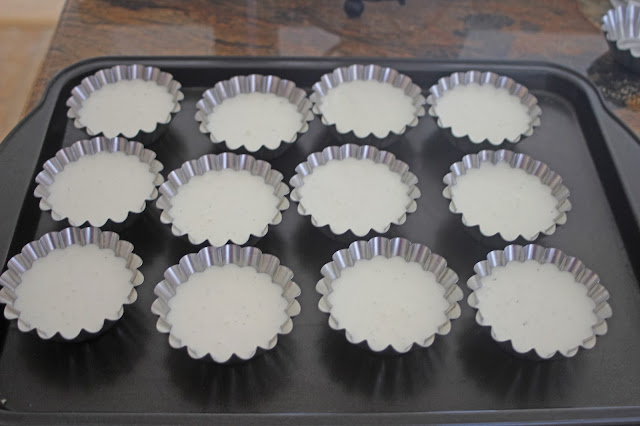 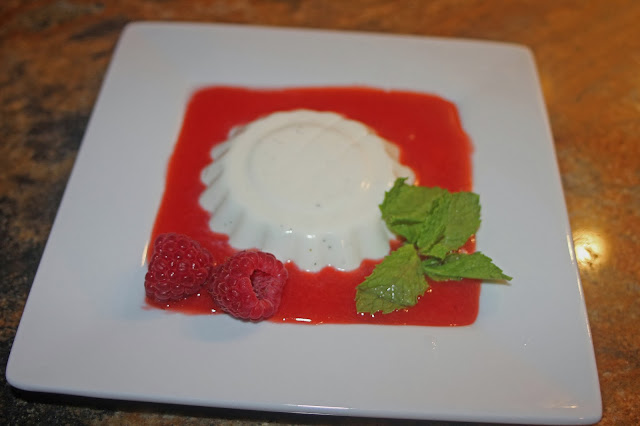 Posted by camissonia at 8:48 PM