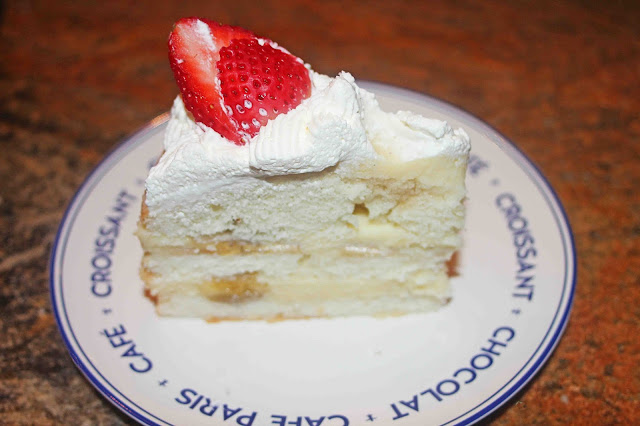 I had every intention of making a banana cream pie for Gil's B-day. I combed through a bunch of recipes online and decided to try out Emeril Lagasse's version, which seemed to have garnered generally rave reviews. However, after a trial run with the recipe last weekend, I was not totally sold on this rendition - it was good, but the graham cracker crust was a tad too sugary and the pastry cream overly sweet for my taste. With time running short (we're celebrating his B-day a few days early at my mom & dad's with EE & Dan tomorrow), I decided to go out on a limb and tweak the recipe by turning it into a banana cream rum cake. You can't go wrong with alcohol and dessert, right? Anyhoo, I baked a yellow sponge cake in a square springform pan, brushed some dark rum on it, cut it in half, layered it with banana slices and a lighter pastry cream, and garnished the top with lightly sweetened whipped cream. Just to be sure, I made some extra on the side to try out before I actually have to serve it to everyone else at tomorrow's soiree. I had no clue if this thing was going to turn out, but when tasting time came, it was actually, well, pretty good - kinda like a rummy banana cream tiramisu. If you're an alkie though (and who isn't?), you could up the rum from 1/4 to 1/2 cup. Sliced fresh strawberries make a nice garnish.

1. Combine the heavy cream, milk, 1/2 cup of sugar and 1 1/2 tsp. vanilla in a medium pot. Bring to a gentle boil over medium heat, stirring constantly, until the sugar is dissolved. Remove from heat.

2. In a medium bowl, combine eggs, egg yolks, 3/4 cup of sugar, and cornstarch. Whisk for several minutes until the mixture is pale yellow in color. Whisk 1 cup of the hot cream mixture into the egg mixture (this is called 'tempering,' which brings the egg mixture up to temp before you pour it into the hot cream, so it won't become a mess of scrambled eggs).

3. Add the tempered egg mixture slowly to the hot cream, whisking constantly. Bring the mixture up to a simmer over medium heat, whisking constantly. Once mixture thickens, cook about 1-2 minutes, then remove from heat. Strain mixture through a fine mesh strainer into a medium bowl, using a wooden spoon or whisk the press it through. Cover  pastry cream with plastic wrap, pressing it down on the surface (this will keep a skin from forming). Refrigerate for at least 4 hours. Recipe should yield 4 cups of pastry cream.

4. In the meantime, bake your cake. Most recipes will yield two 8" or 9" rounds. Remove the cakes from the oven and let cool 30 minutes, then remove the cakes from their pans, place on racks and let cool completely. Prick the surface of each cake with a fork and brush with rum. Let sit for at least 30 minutes to an hour, then using a serrated bread knife, carefully slice through the middle of the cake to create 2 layers.

7. For the whipped cream: In a medium bowl, whip 2 cups of heavy cream to soft peaks. Add 2 tsp. sugar, 1/2 tsp. vanilla, and 4 tbsp. whipped cream stabilizer (if using) and continue whipping to stiff peaks. Place whipped cream in a pastry bag with a star tip and pipe decoratively on the top of the cake. Garnish with fresh strawberries. 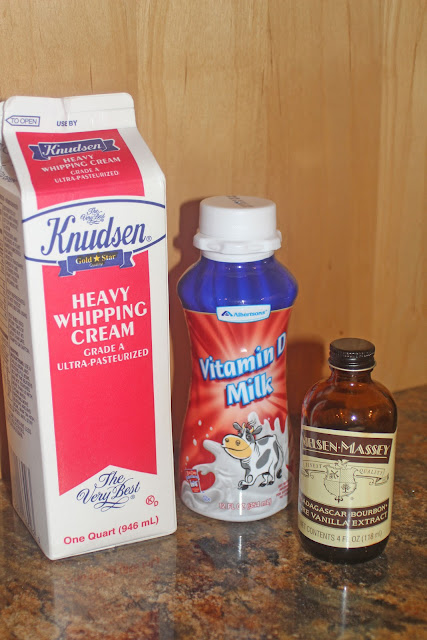 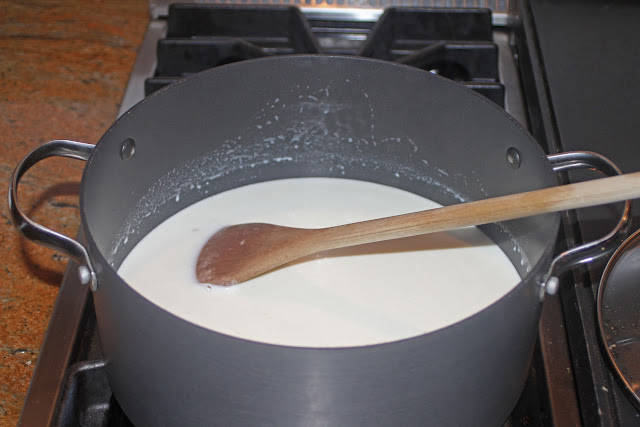 Bring the cream, milk, vanilla and 1/2 cup sugar to a gentle boil. 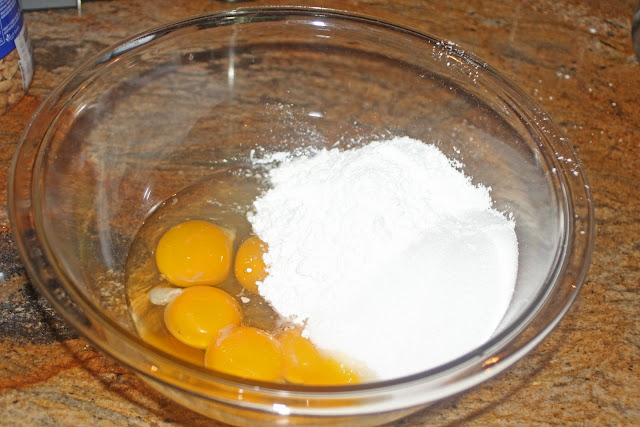 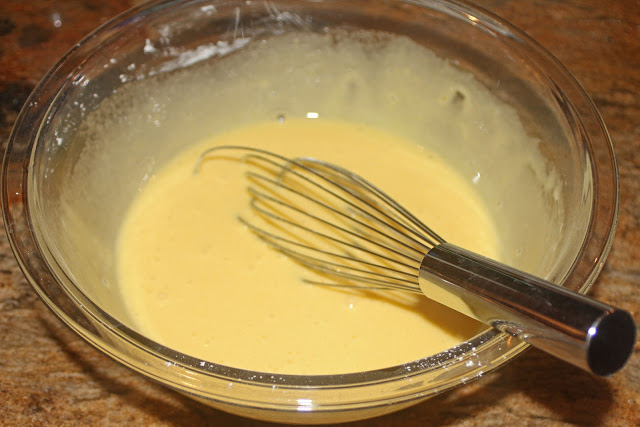 Whisk egg mixture for several minutes until well-combined and light yellow in color. 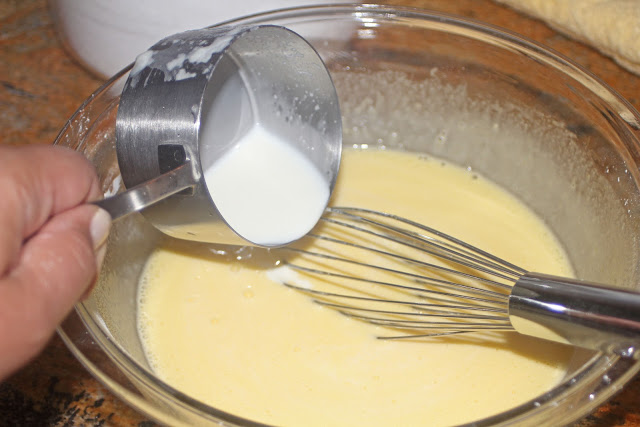 Temper the egg mixture by whisking in 1 cup of the hot cream mixture. 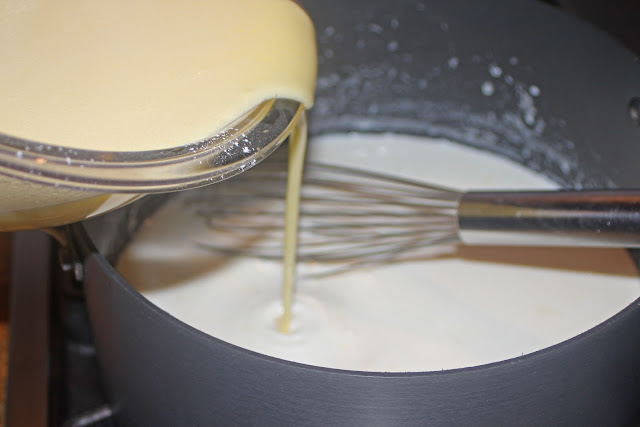 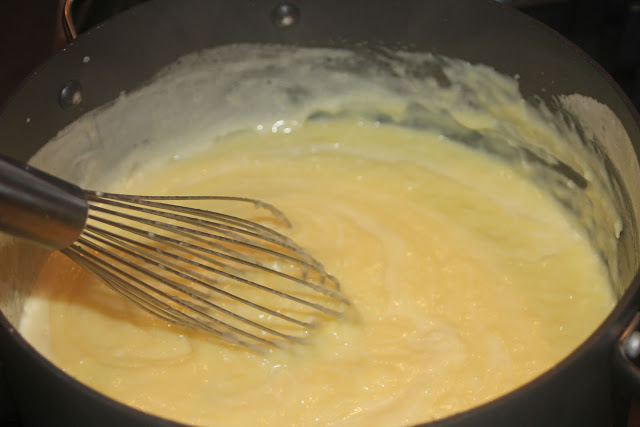 Bring to a simmer over medium heat, stirring constantly, until pastry cream has thickened. 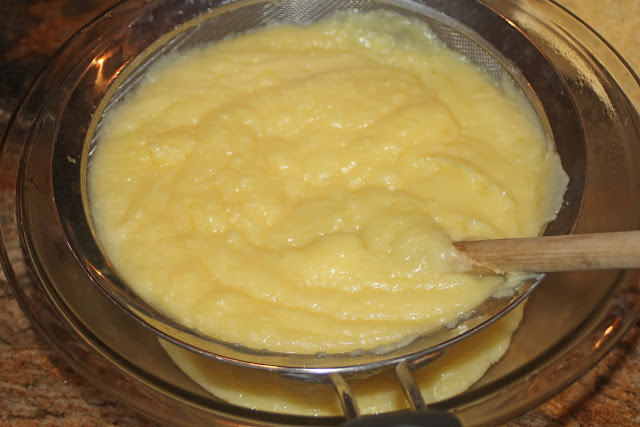 Strain pastry cream into a bowl through a fine-meshed strainer. 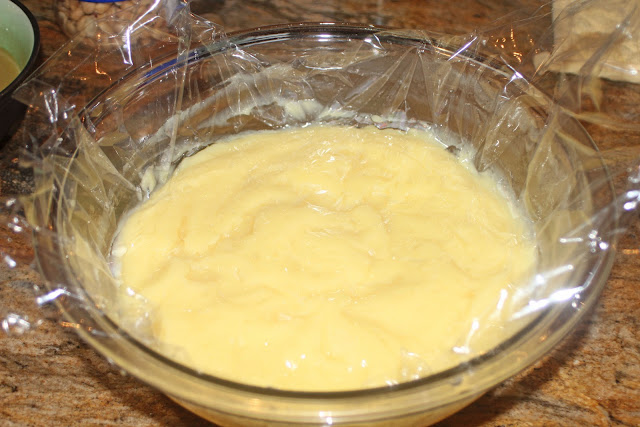 Cover pastry cream with plastic wrap, pressing down on the mixture to prevent a skin from forming. Refrigerate at least 4 hours. 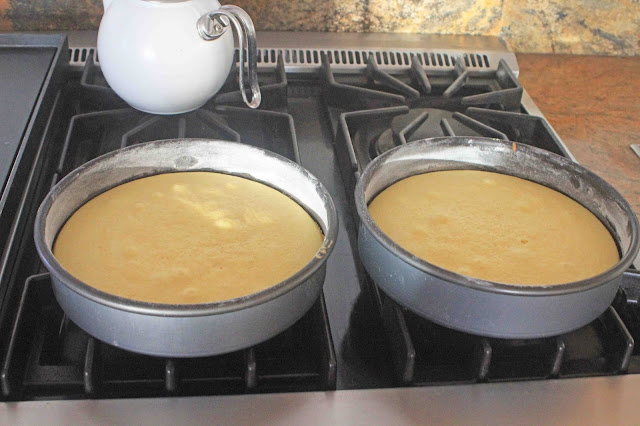 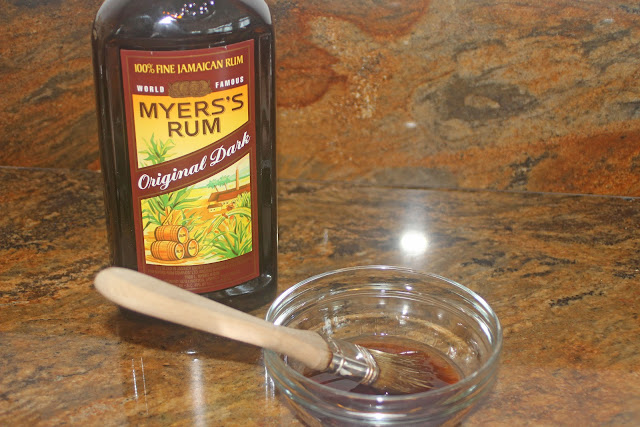 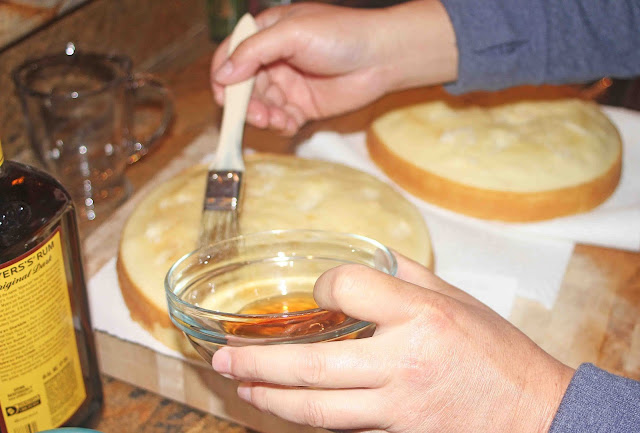 Brush the cakes layers with rum. 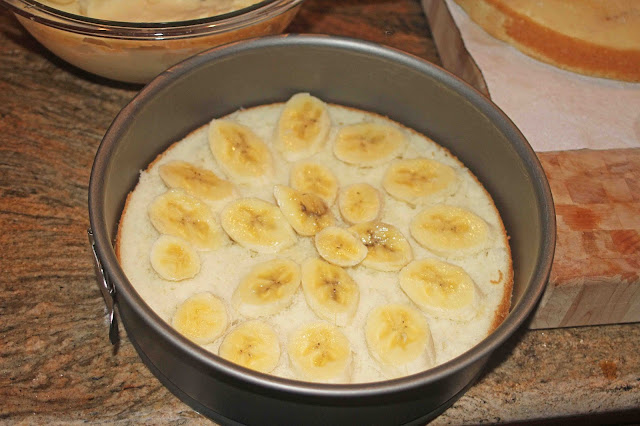 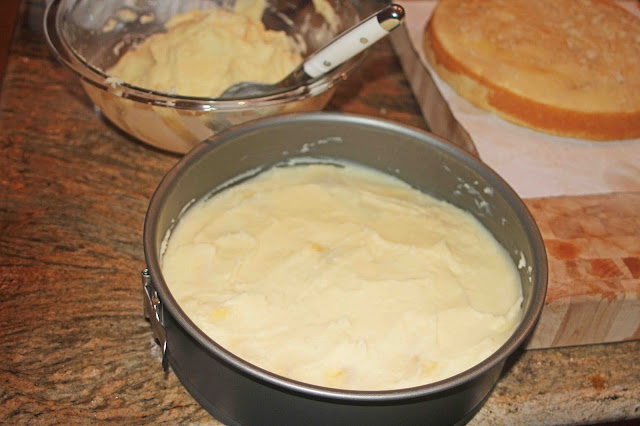 Spread on some of the pastry cream. 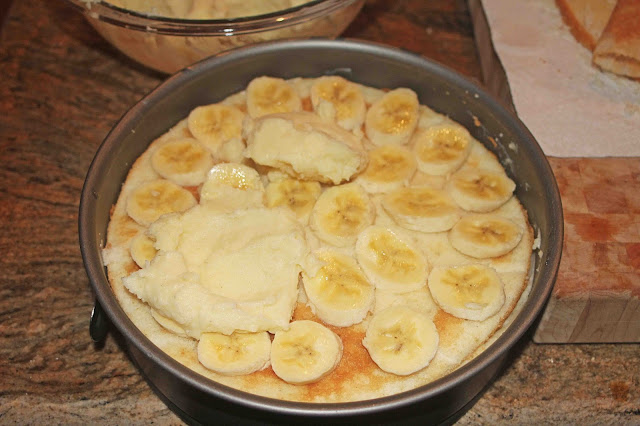 Add a second layer of banana slices and top with more pastry cream. 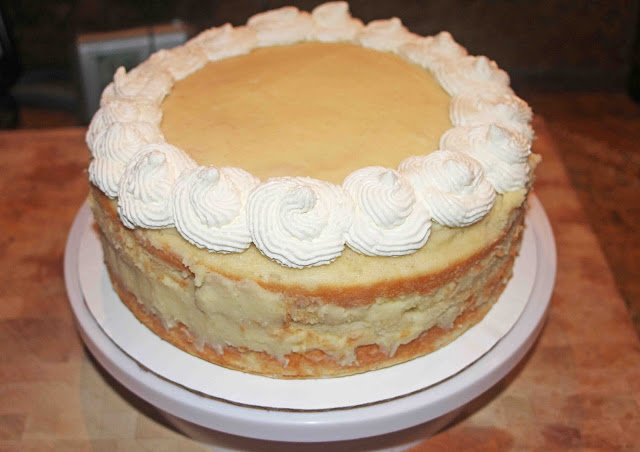 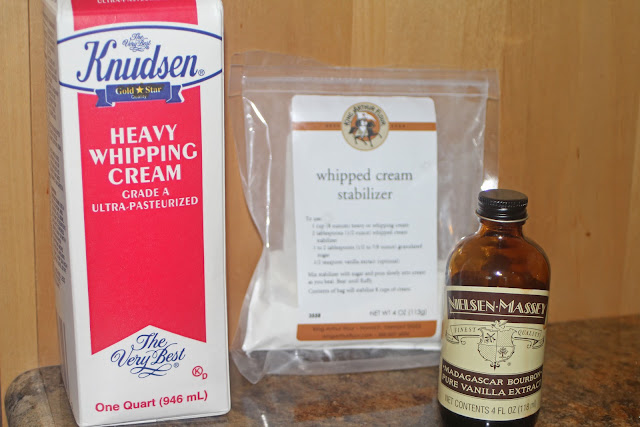 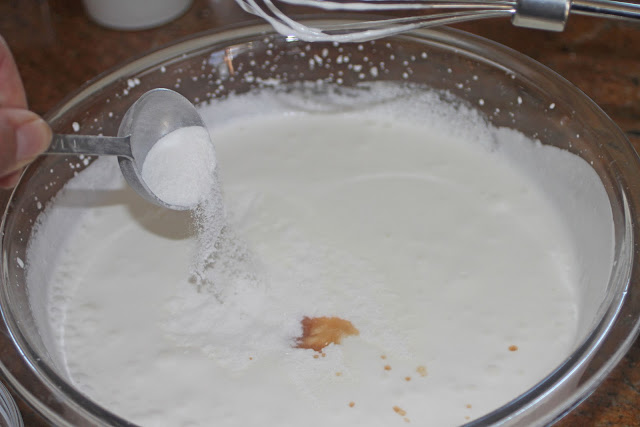 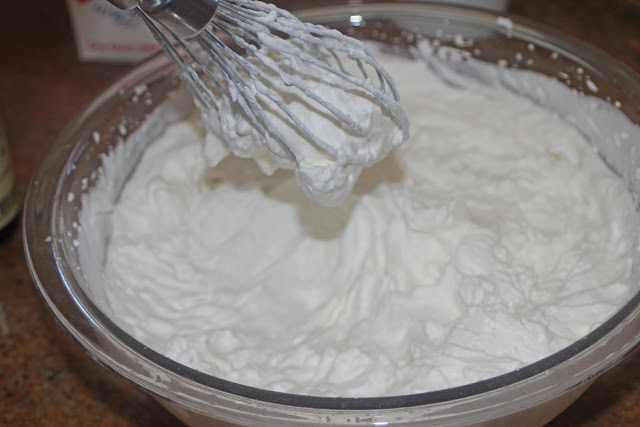 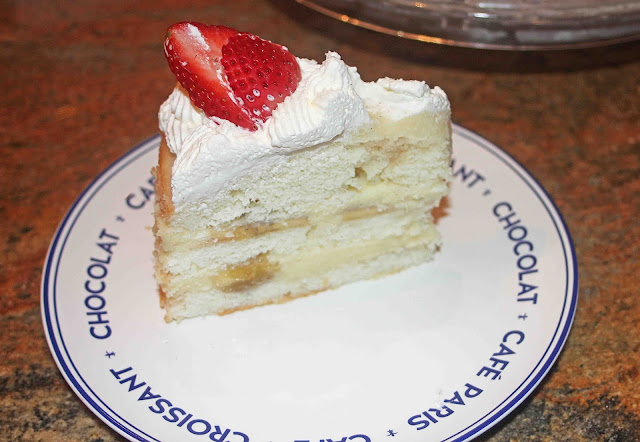