I'm not a fan of stout, but if you put it into ice cream, it's indescribably smooth and delicious. For this recipe, I used a local California milk stout from the Garage Brewing Company in nearby Temecula. Milk stout doesn't actually have milk in it but, rather, lactose sugar, which makes it sweeter than its very strong, dark brown porter cousin (e.g., Guinness). I'm going to use Guinness next time around - I'm betting that it'll taste just as good! 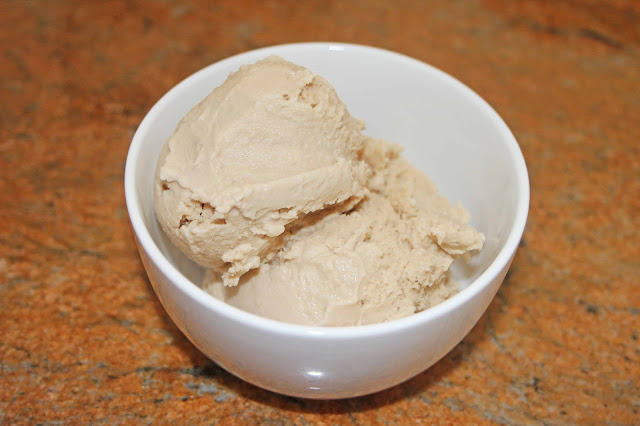 1. Fill a large bowl with ice and water.

2. Heat the heavy cream, milk, and brown sugar in a saucepan over medium heat until the sugar dissolves and the mixture is hot but not boiling.

3. Pour the milk mixture into a medium bowl, stir in the salt, and place the bowl into the bowl of ice and water. Let sit for about 20 minutes or until the mixture has cooled.

4. Cover the bowl and chill in the refrigerator at least 4 hours or overnight.

5. Remove the bowl from the frig and stir in the chilled stout.

6. Pour the mixture into an ice cream maker and process according to manufacturer's instructions.

7. Scoop the ice cream (it will be kind of a a soft-serve consistency at this point - my Cuisinart ice cream maker takes about 25 minutes of churning to get the mixture to that consistency) into a plastic container. Cover and freeze at least 1 hour or until the ice cream is frozen through. 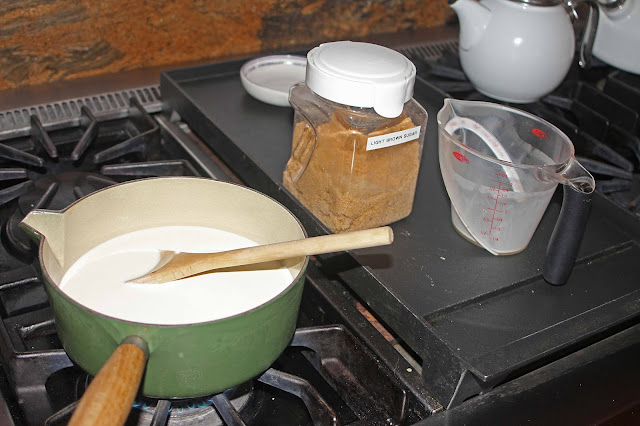 Heat the heavy cream, milk and brown sugar in a saucepan until the sugar has melted. 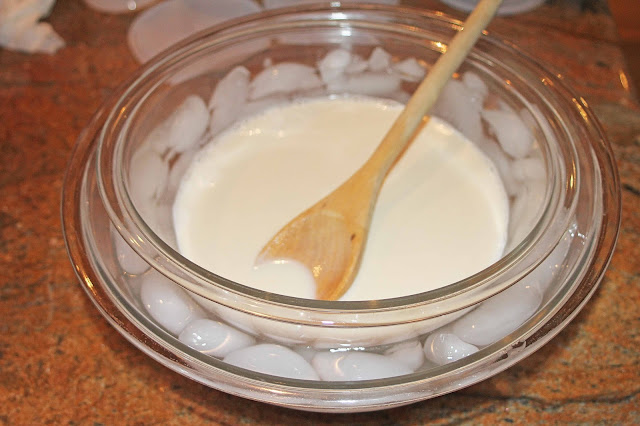 Pour the mixture into a bowl, then place the bowl into a larger bowl of water and ice to cool down. Cover and refrigerate the mixture at least 4 hours or overnight. 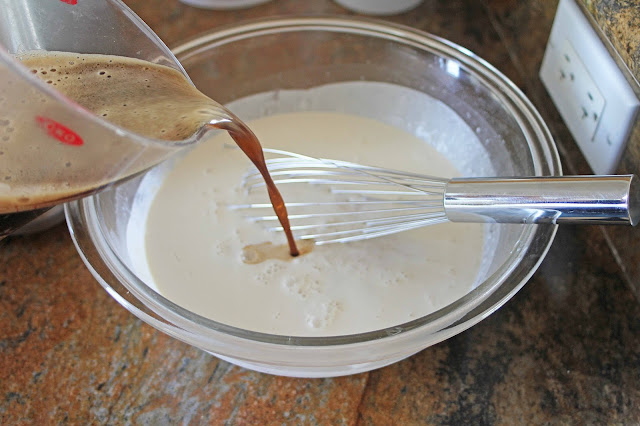 Remove the cold mixture from the frig and stir in the cold stout. 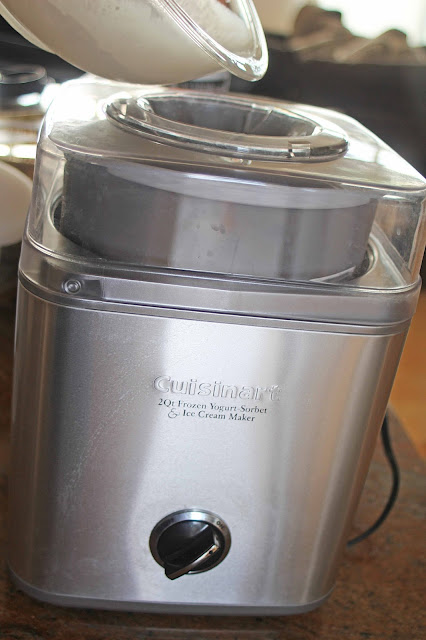 Pour the chilled mixture into an ice cream maker and process according to manufacturer's instructions (it usually takes about 25 minutes to get the mixture to a soft-serve ice cream texture, at which point you'd scoop the mixture into a container, cover and freeze until solidified. 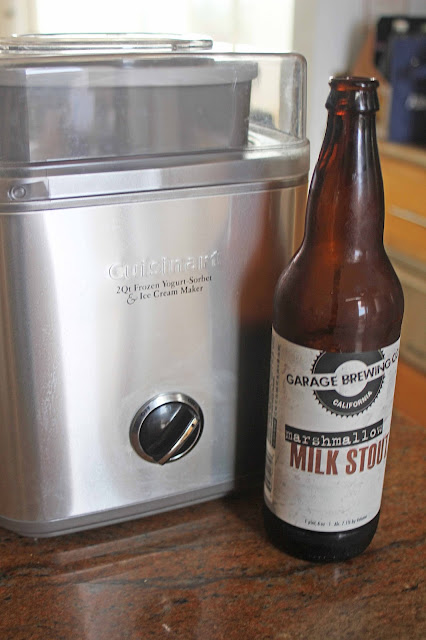 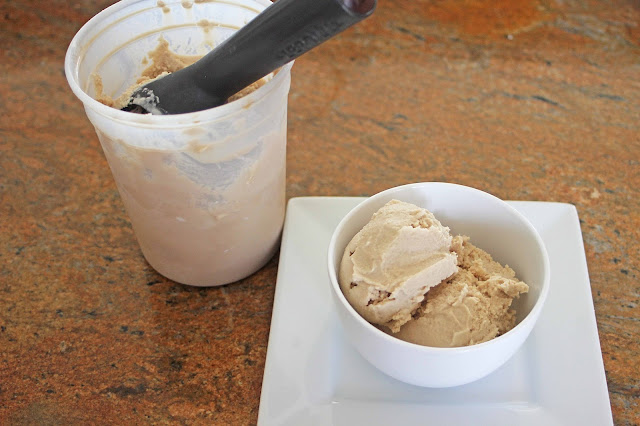