Well, we found another great use for our Santa Maria-style grill - Paella! My paella pan is 18" so is too large to fit over one burner on the cooktop, but too small to fit over two. The grill not only solved that problem but also allowed the pan to be cranked to and from the heat to adjust the cooking temperature. Paella is a Spanish rice dish that is typically seasoned with a "sofrito" (stir-fried onion, garlic, parsley, bell pepper, tomato), saffron & paprika, then cooked with an assortment of seafood and/or meats such as chicken, rabbit, snails, chorizo, etc. In this version, I used seafood (clams, mussels, shrimp, and lobster tails) and some chopped kielbasa sausage since I didn't have Spanish chorizo on hand. 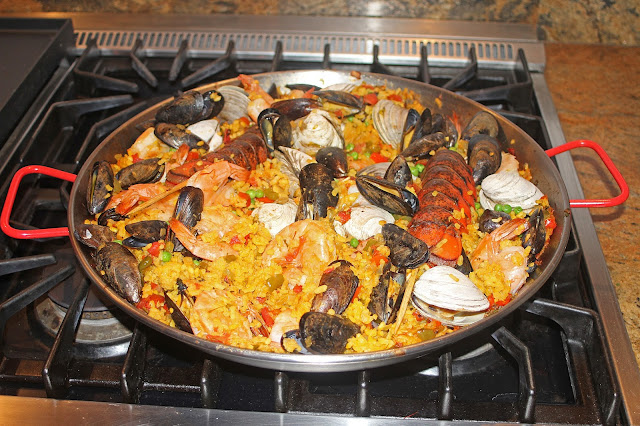 1. Add all the ingredients for the parsley paste (except for the paprika) in a mortar. Grind with a pestle until a paste forms. Stir in the paprika. Set aside.

2. Heat the clam juice and 1 cup of water in a small sauce pan until it just comes to a boil. Turn off heat and stir in the saffron. Set aside.

3. Prep your grill by adding charcoal and heating until the charcoal is white hot (if you have a smaller paella pan and don't want to use a grill, go ahead and heat it over a burner on your stovetop).

4. Place the paella pan over the heat and add 5 tbsp. olive oil. Add the chopped onions, green and red bell peppers, and scallions. Stir and cook until softened. Add the sausage and toss briefly. Add the tomatoes and cook 5 minutes. Stir in the rice and cook about 1 minute.

5. Add the clam juice mixture and bring to a boil. Cook for 3 minutes, stirring occasionally.

6. Stir in the parsley paste and taste for salt (add a scant 1/2 tsp. more, if needed). After this point, do not stir the rice any more. Raise the pan a bit from the charcoal (or lower the heat on the stovetop) and simmer for 10 minutes, adding more liquid if needed. Do NOT cover.

8. To serve: garnish with parsley leaves, julienned piquillo or roasted red peppers, and lemon wedges on the side. 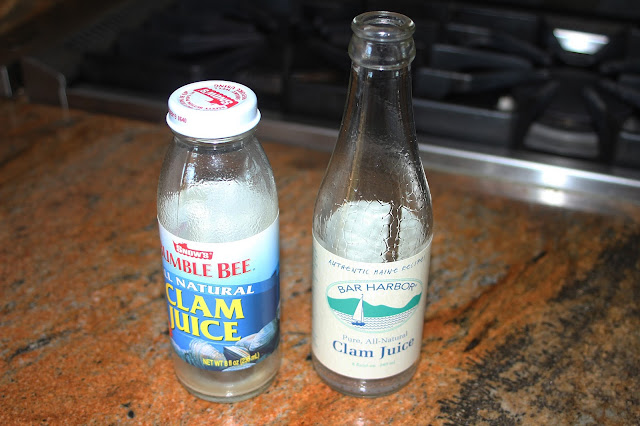 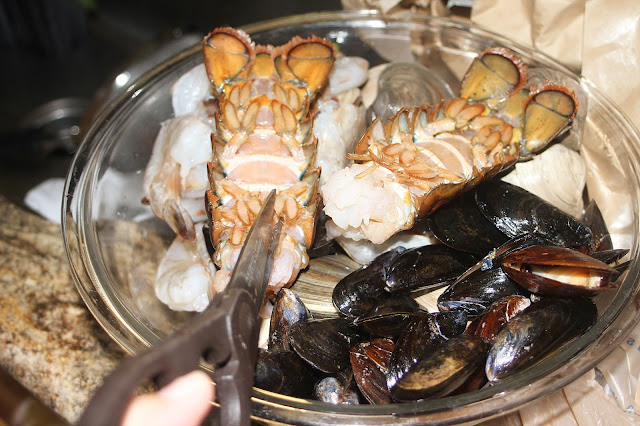 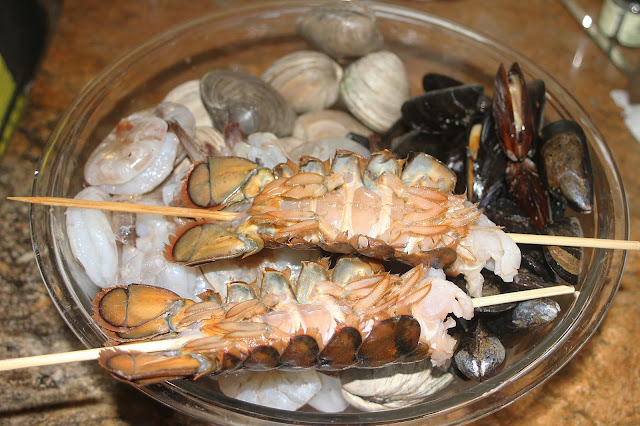 To keep the lobster tails from curling during cooking, I skewer them lengthwise with
bamboo skewers. 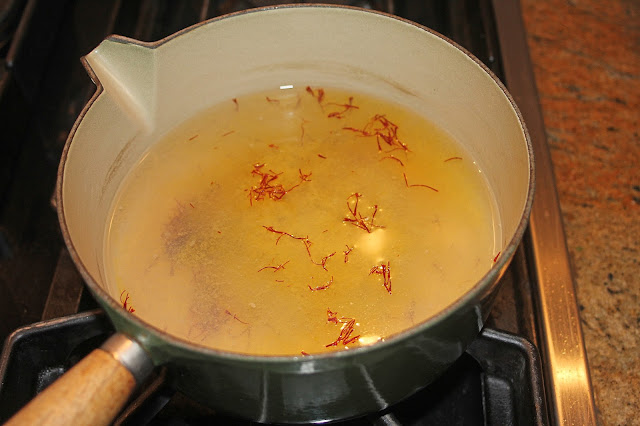 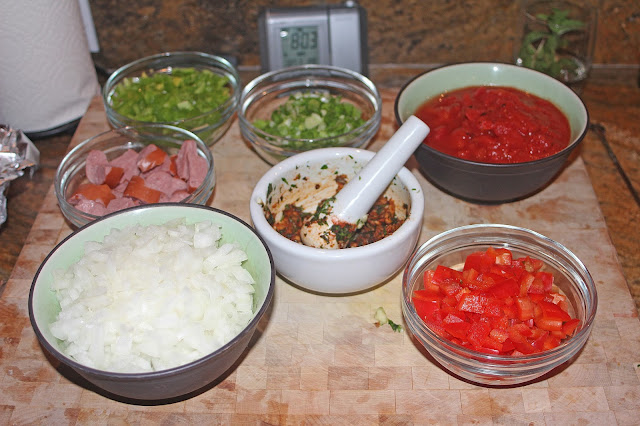 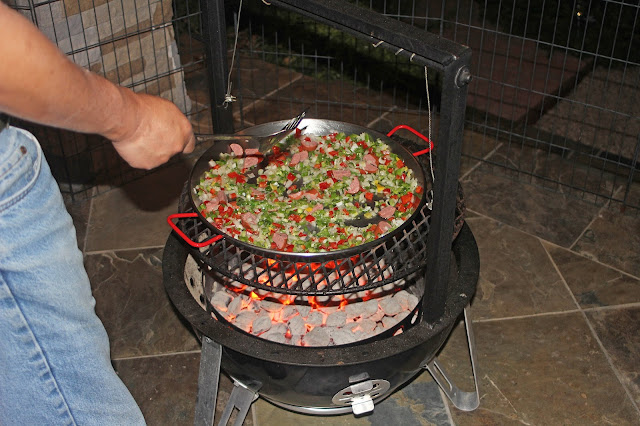 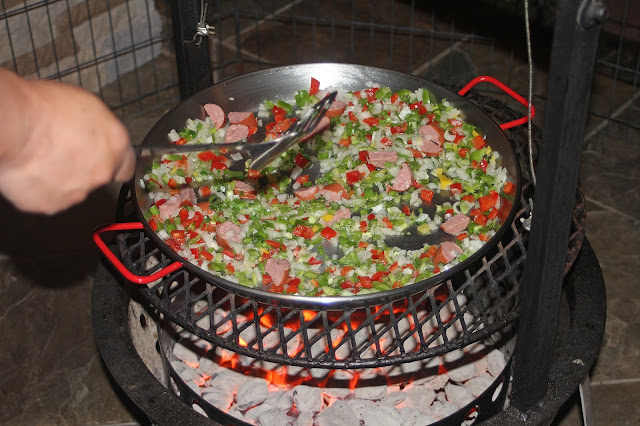 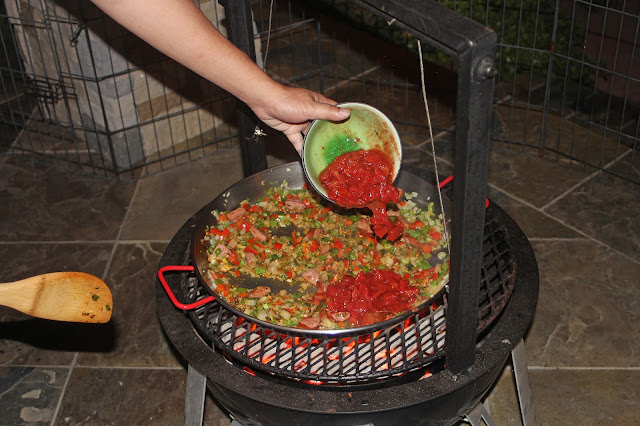 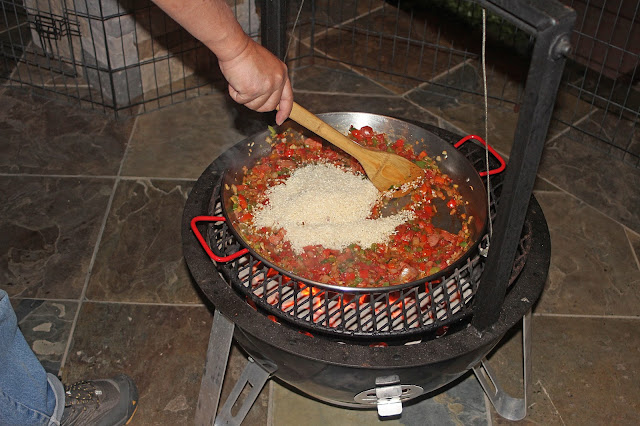 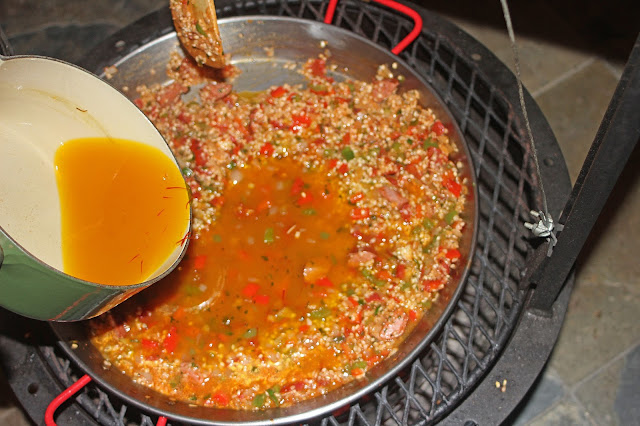 After about a minute, stir in the clam juice mixture and parsley paste. 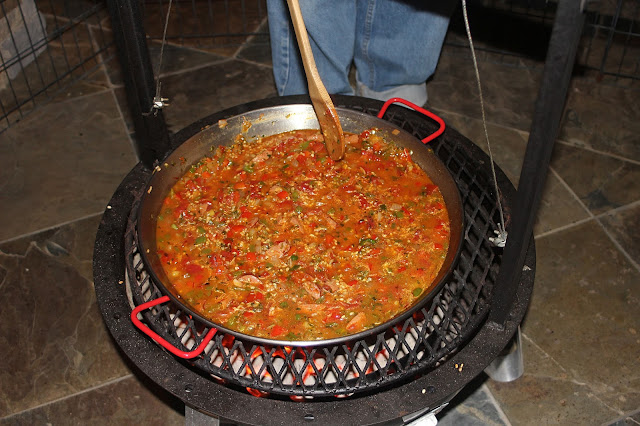 Bring to a boil and cook about 3 minutes. 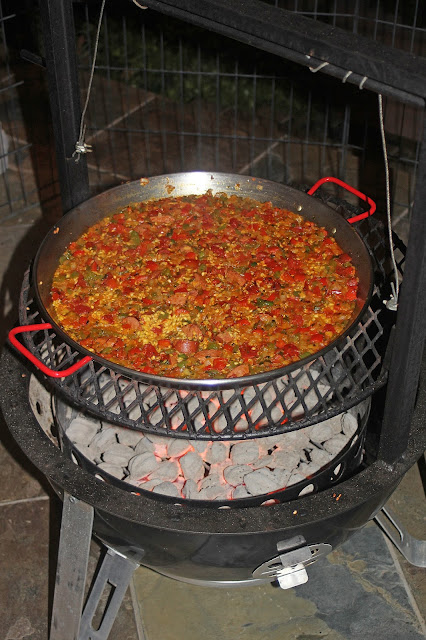 Raise the pan a bit off the heat and simmer for 10 minutes, uncovered. 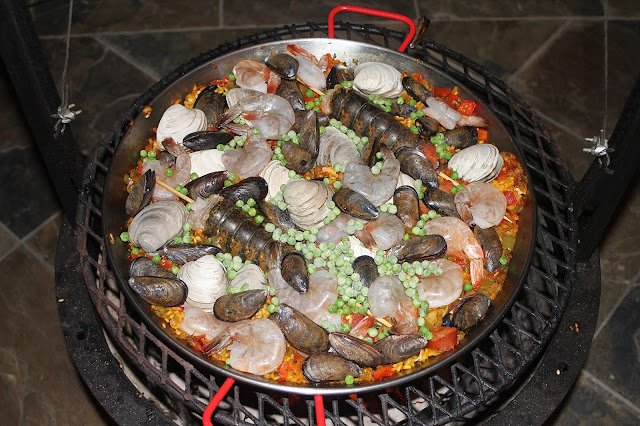 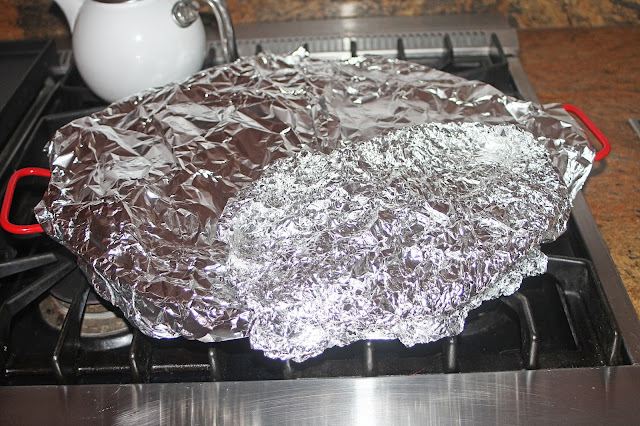 Remove the pan from the heat, cover lightly with foil and let rest 5 minutes before serving. 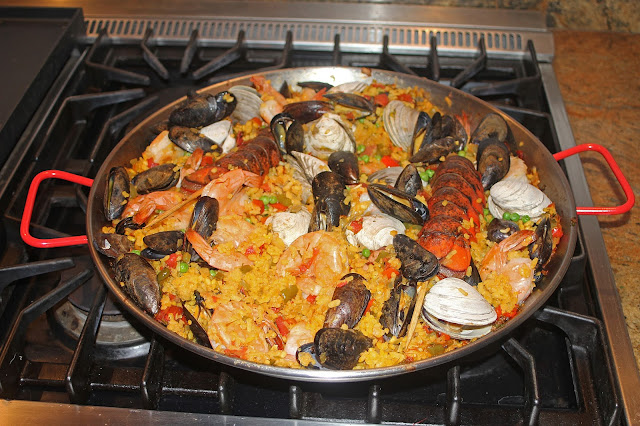 Feel free to garnish with parsley leaves, julienned piquillo or roasted red peppers, and lemon wedges on the side.
Posted by camissonia (Arleen) at 10:09 PM