I usually like to make clam chowder using fresh clams, but when you can't find the live stuff or don't have the time, canned chopped clams and bottled clam juice are great substitutes. You probably won't even notice the difference. I've tweaked this recipe over the years, and I think it's about as good as it can get. Not too much cream and just the right amount of flour to make it hearty but not gooey-thick. Since the canned clams, clam juice and bacon are sufficiently briny for this dish, season only with a tiny bit of salt at the end, if needed. 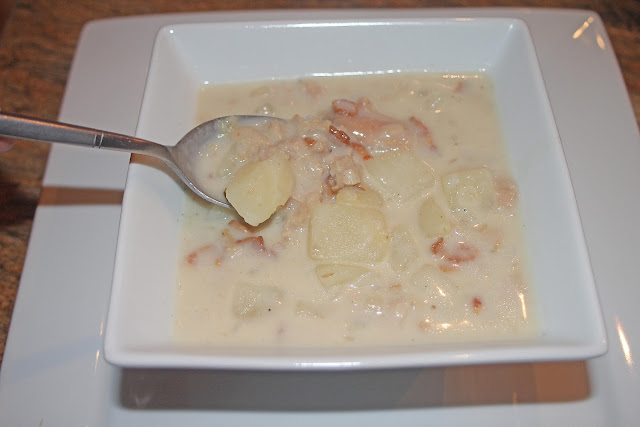 1. Heat olive oil in a large pot over medium-low heat and add bacon. Cook bacon for 8-10 minutes or until lightly browned and fat is rendered. You can remove the bacon at this point or leave it in, according to your taste. If you leave it in, the chowder may taste more smoky/bacony than clammy. Add chopped onions and cook 10 minutes or until translucent but not browned.

2. Turn heat up to medium and add diced potatoes. Cook for 3-5 minutes.

3. Sprinkle flour over the onion-potato mixture. Add clam juice, canned clams and their juices, half and half and heavy cream, whisking well to make sure there are no lumps of flour.

4. Add the bay leaves, pepper, and thyme bundle. Bring to a boil, then reduce to a simmer. Simmer for about 20-30 minutes or until potatoes are cooked through and the chowder has thickened. Taste and season with up to 1 additional tsp. of kosher salt, if desired.

5. Serve with Tabasco or Crystal Hot Sauce on the side and soup crackers on the side. 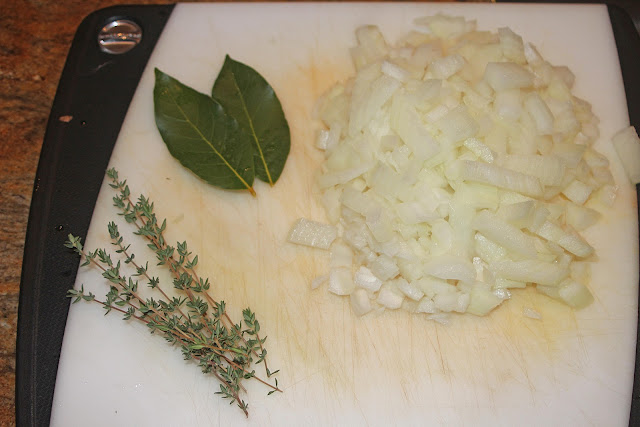 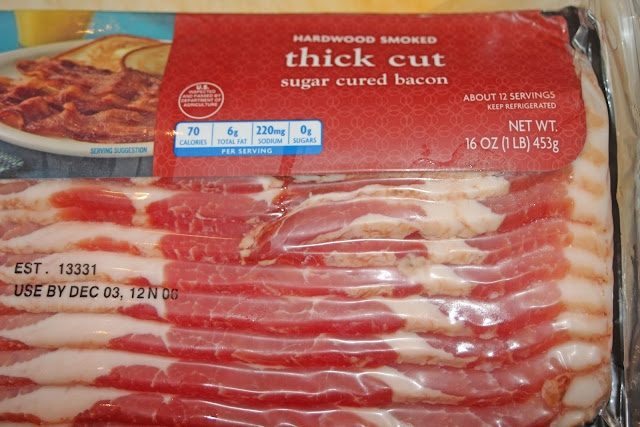 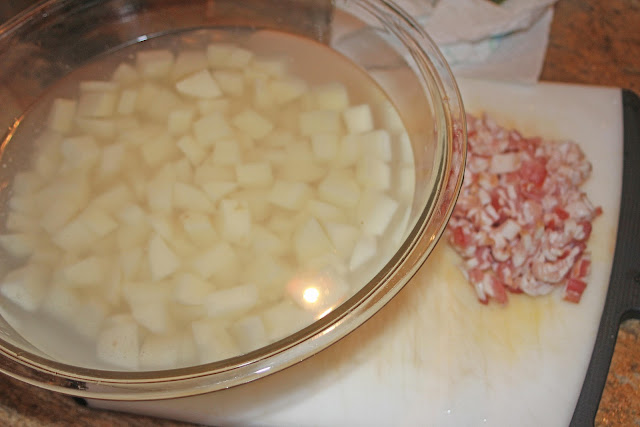 Soak the diced potatoes in water until ready to use. Chopped bacon on the right. 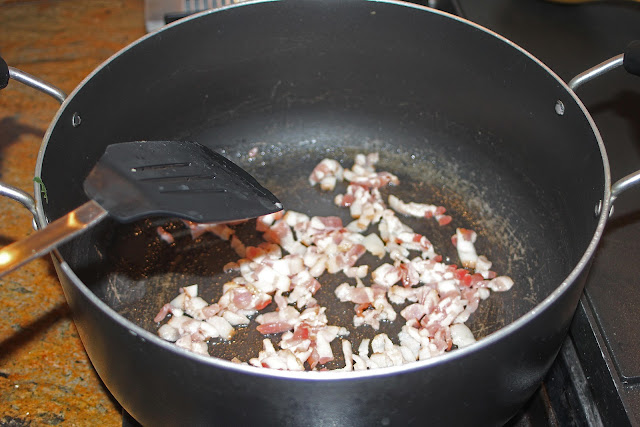 Saute the chopped bacon in olive oil until lightly browned. Remove the bacon bits with a slotted spoon, reserving the oil. 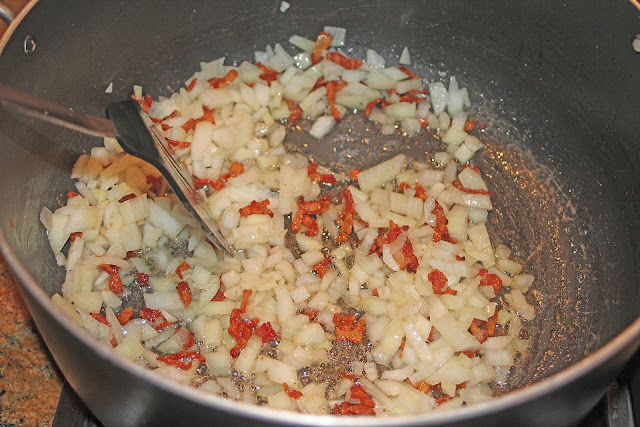 Add the chopped onions and cook until translucent. 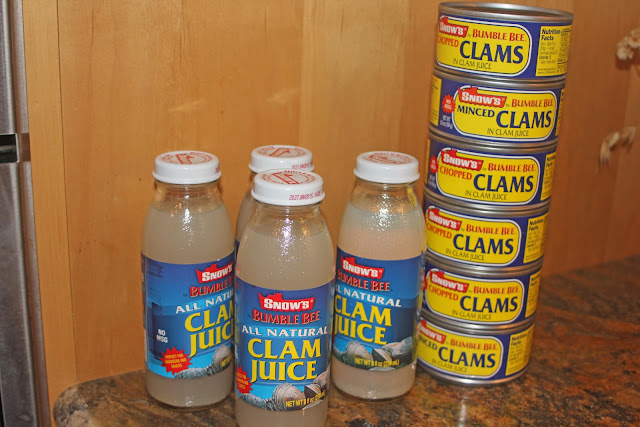 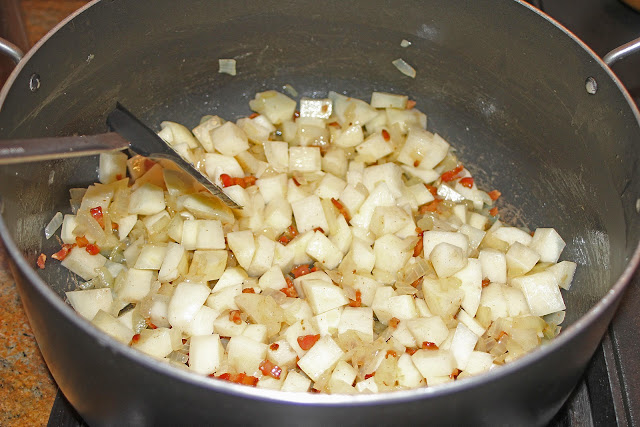 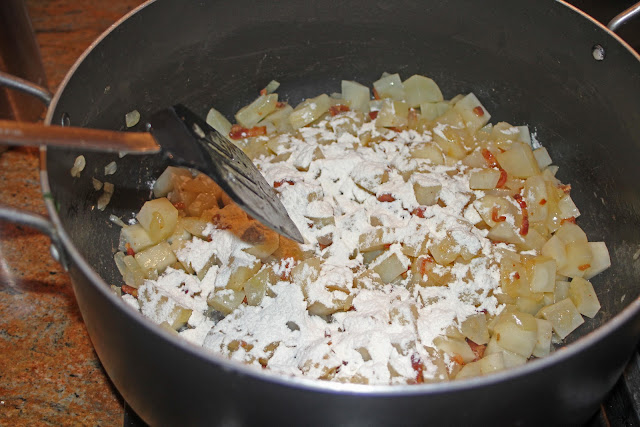 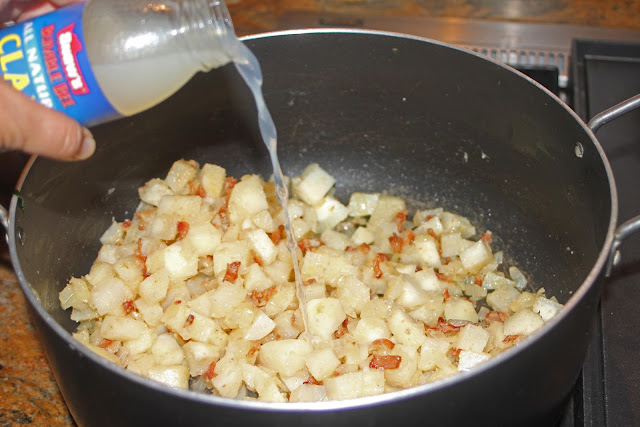 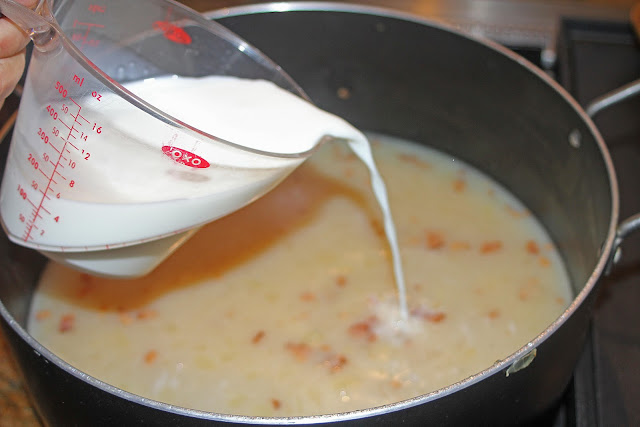 Stir in half and half & heavy cream. 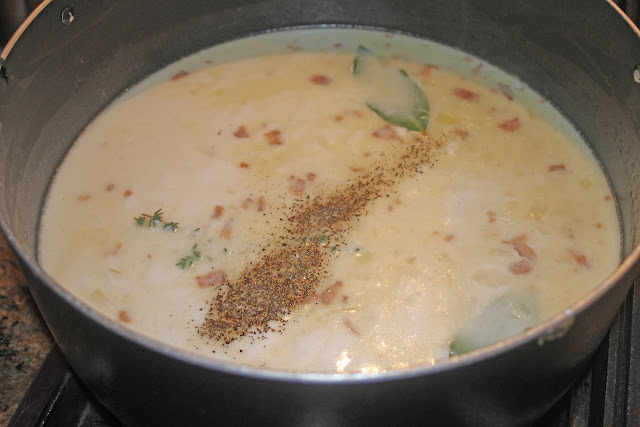 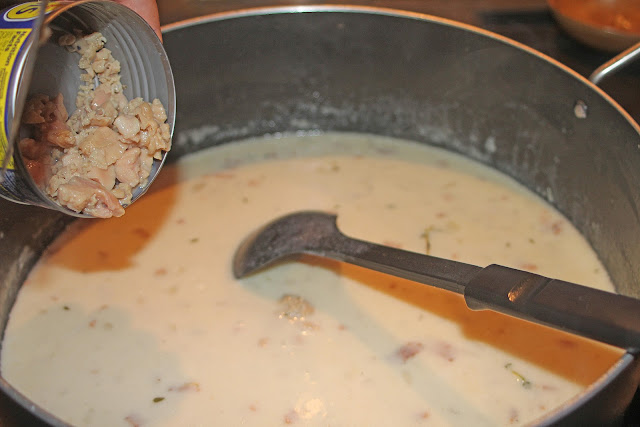 Add the canned clams. Cook 20-30 minutes or until potatoes are tender and the chowder has thickened. 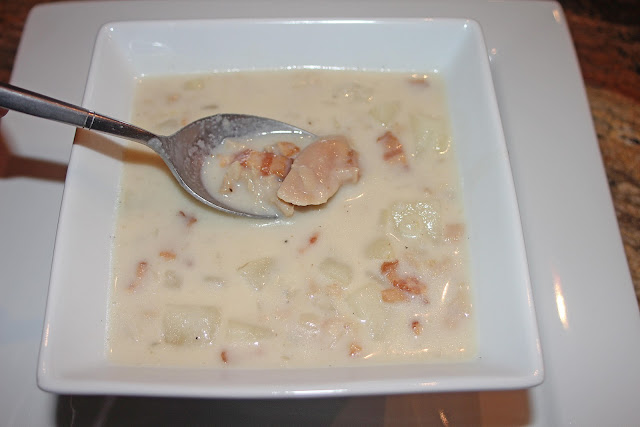 Posted by camissonia at 6:50 PM