As a kid I was not terribly fond of beets because the very few and far between times that I had them they were usually served straight out of a can over a nondescript salad. How yummy is that? This, of course, was back in the day in Taiwan and probably in the U.S. when beets (except the canned variety) were as common as falafel or tamales - just sayin'. Fast forward to 2017 when fresh, organic, and even heirloom varieties of beets (e.g., chioggia, golden, ruby, albino) are now readily available in many U.S. supermarkets. The sugars in the beet roots become concentrated and accentuated when roasted with a little olive oil, rendering the end product incomparably delicious. So fuggedabout the canned stuff...really...just don't go there. 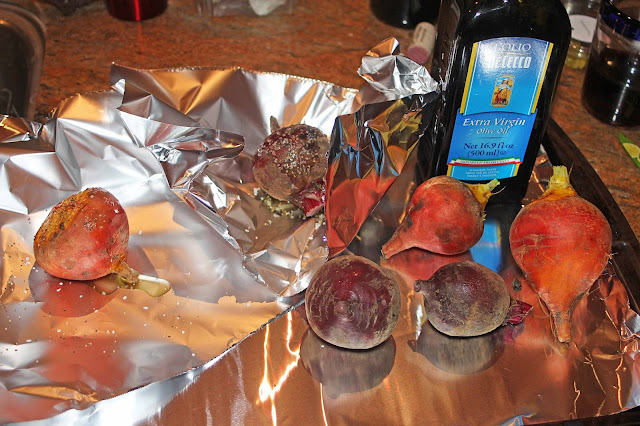 Place each beet onto a square of aluminum foil.

Ingredients:
Fresh beets, leaves cut off at the base (beet greens are edible, so save if you want to cook them)
Olive oil
Kosher salt
Black pepper

2 .Place each beet root onto a square of aluminum foil. Add a drizzle of olive oil over the top of each beet and sprinkle with a little salt and pepper.

3. Wrap the foil tightly around each beet and place on a baking sheet.

5. Remove from oven and let cool. Open the foil, then scrape the skin off of the beets with a paring knife.

6. Use in salads or any other recipe requiring roasted beets. 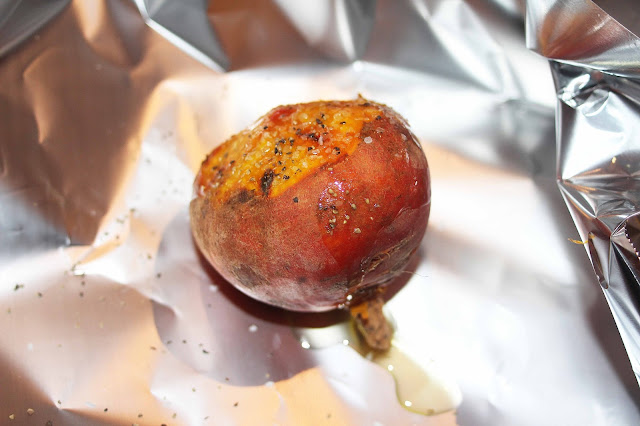 Drizzle with olive oil and season with a little salt and pepper. 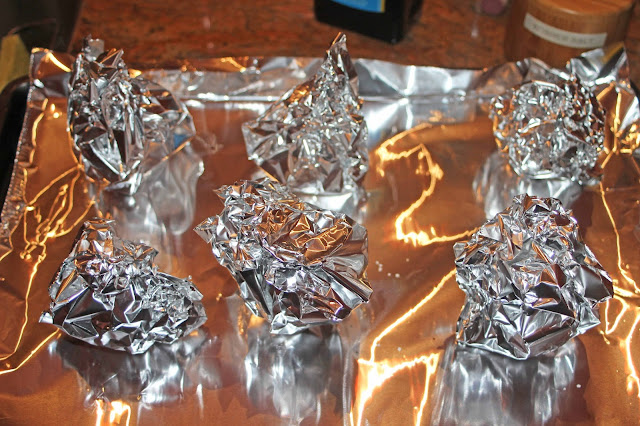