I love tuna noodle casserole, probably because I love Campbell's Cream of Mushroom soup, which tastes much like the sauce does in this dish (and is called for in some recipes). Not very haute cuisine, but nothing whets the appetite like some down-home, hearty comfort food. I often buy tuna noodle casserole in the form of a frozen entree (the lighter Lean Cuisine version, which is a staple for my lunch at work to keep my daily calorie intake in check). But, once in a blue moon, I like making this rich, indulgent dish from scratch. Soy sauce and ponzu (a citrus-infused soy sauce) are not traditional ingredients for this recipe, but they really complement the flavors and you'll never know they are in there.


2. Increase heat to medium-high and add mushrooms. Saute until mushrooms begin to soften, about 3-4 minutes (if too dry, add a splash of sherry or white wine). Season with a pinch of salt. Add celery and cook for 1 minute. Stir in peas. Add soy sauce, ponzu and sherry and bring to a boil. Cook about 1 minute to cook off the alcohol and remove pan from heat.


3. In a separate saute pan, melt 6 tbsp. butter over medium heat and whisk in flour. Keep whisking for about 2-3 minutes and then stir in chicken broth. Whisking constantly, bring mixture to a boil then add milk. Simmer for about 5-6 minutes or until mixture begins to thicken. Stir in mushroom mixture and season with 1 1/2 tsp. salt & 1 tsp. pepper. Add tuna (try to keep the tuna in bite-sized chunks). Turn off heat & set aside.


4. In the meantime, preheat oven to 350F. cook egg noodles in a large pot of boiling salted water per package instructions (usually takes about 9-10 minutes) until al dente. Drain noodles and toss with tuna-mushroom sauce. Pour into casserole dish.


5. Combine grated cheese with Panko bread crumbs and sprinkle over casserole. Bake about 30 minutes or until mixture is hot & bubbly and the crumb topping is golden brown. 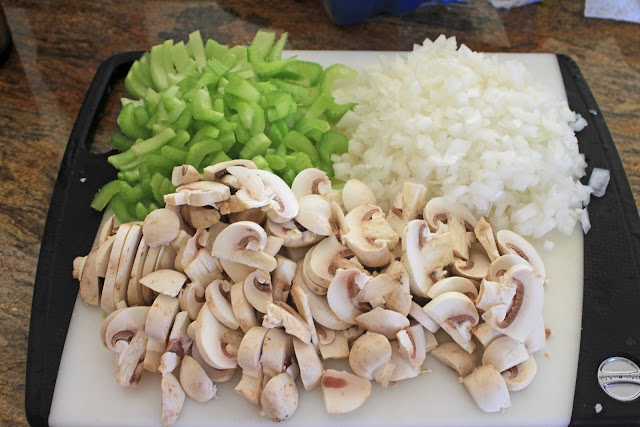 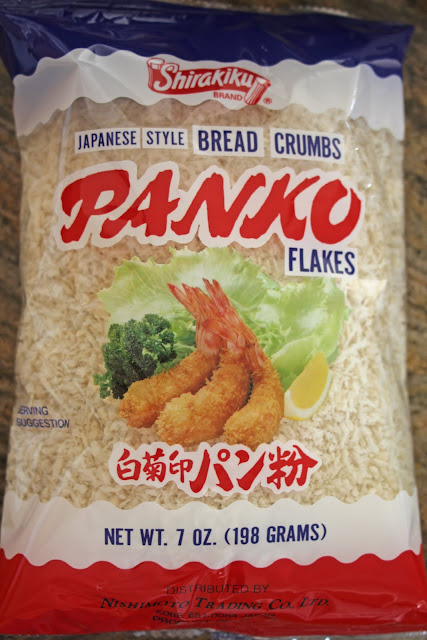 Bread crumb of choice is Panko. 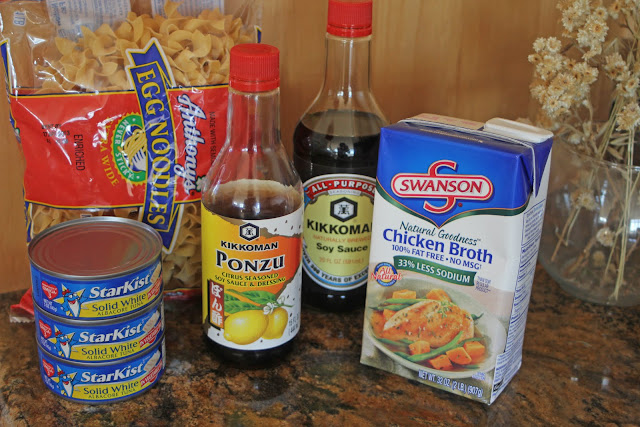 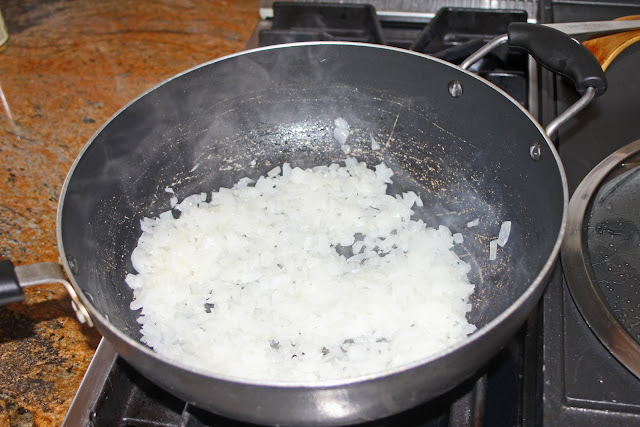 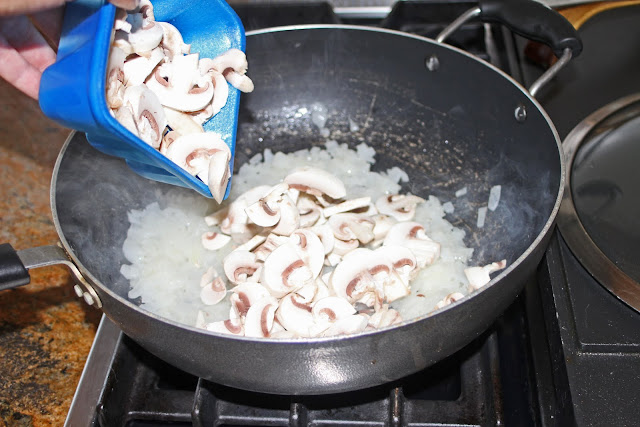 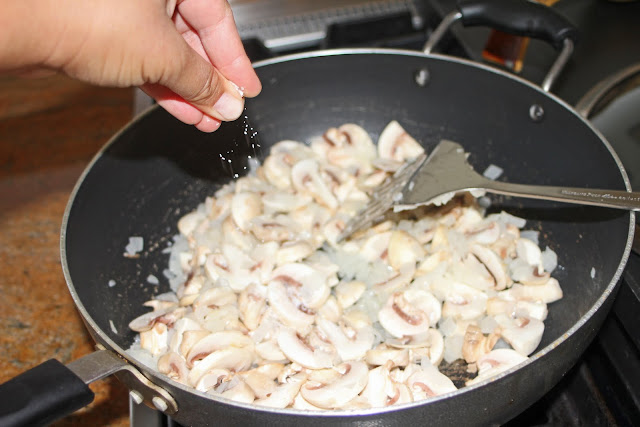 Season with a pinch of salt. 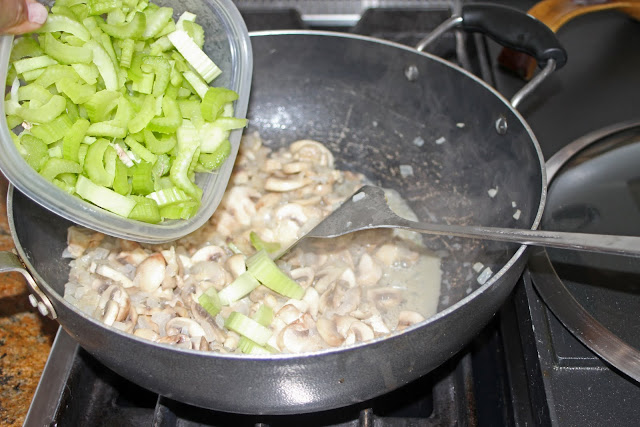 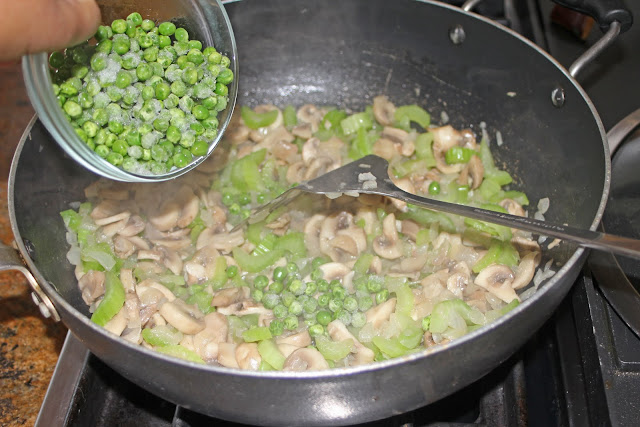 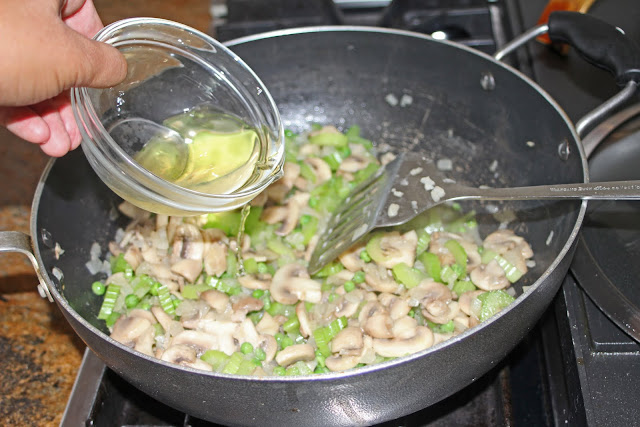 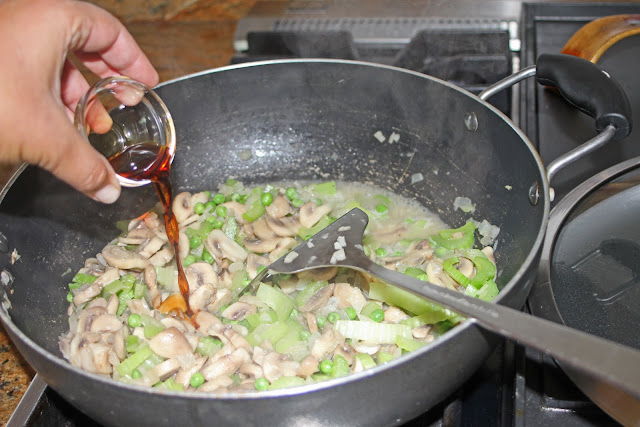 Add soy and ponzu sauce. Turn off heat and set aside. 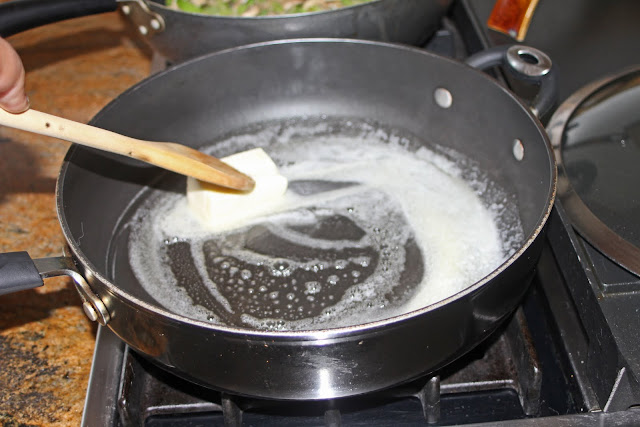 In another skillet, melt 6 tbsp. butter for the roux. 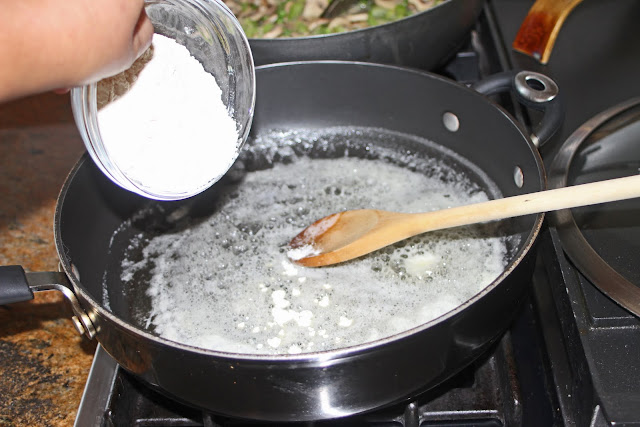 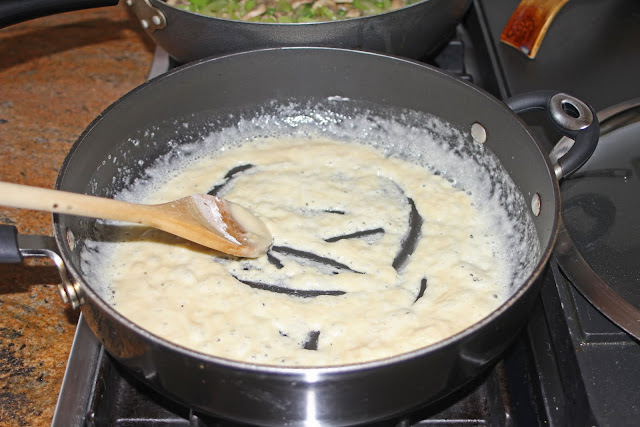 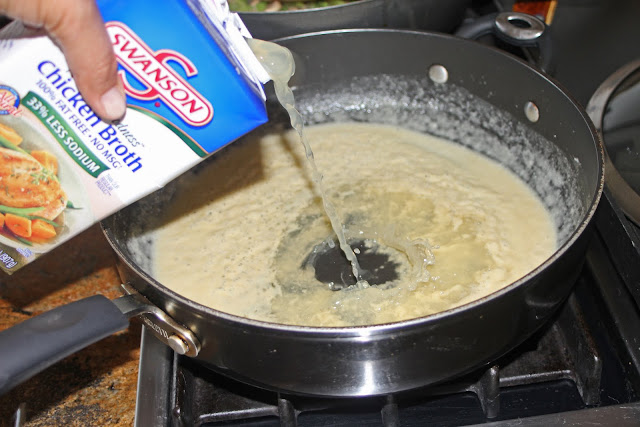 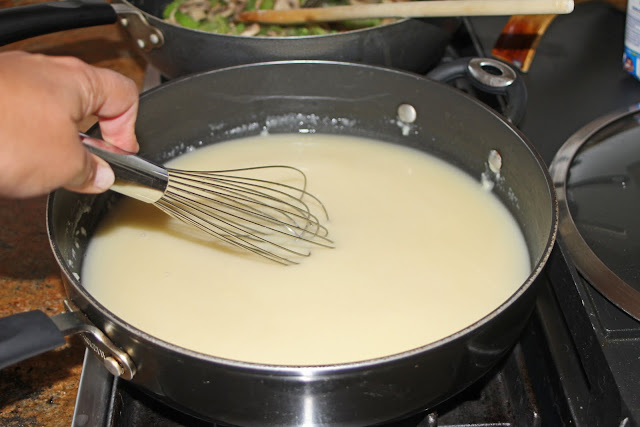 Bring to a boil, whisking constantly. 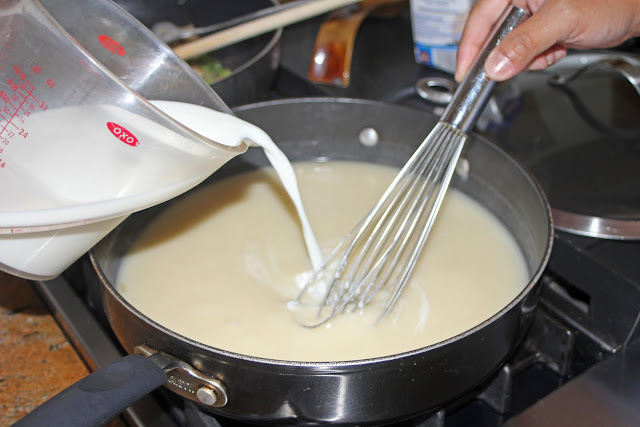 Add milk and simmer 5-6 minutes or until thickened. 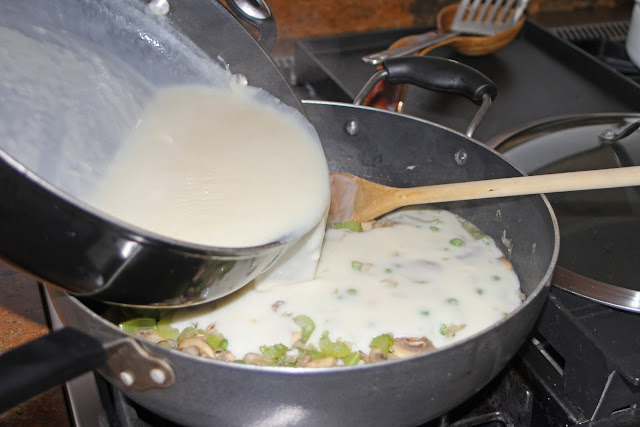 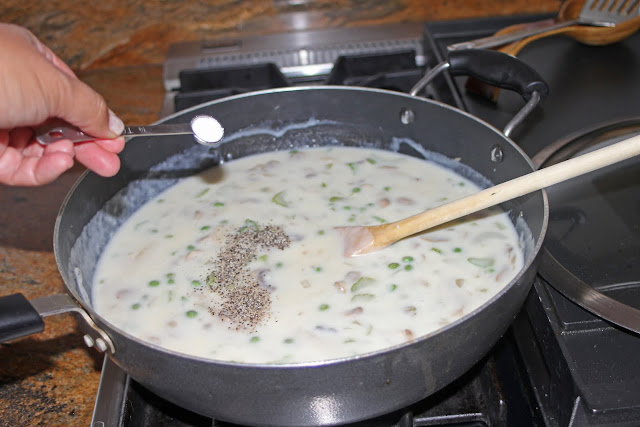 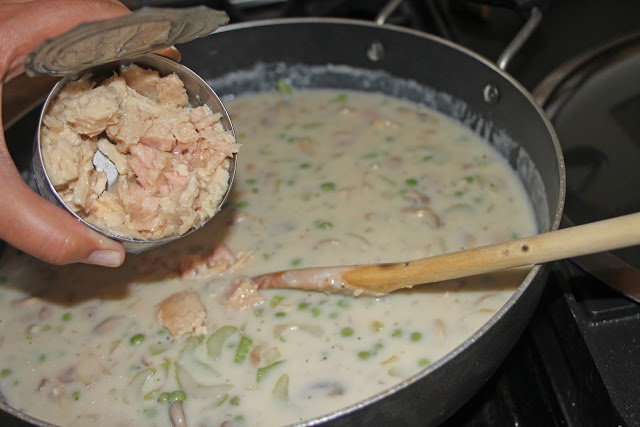 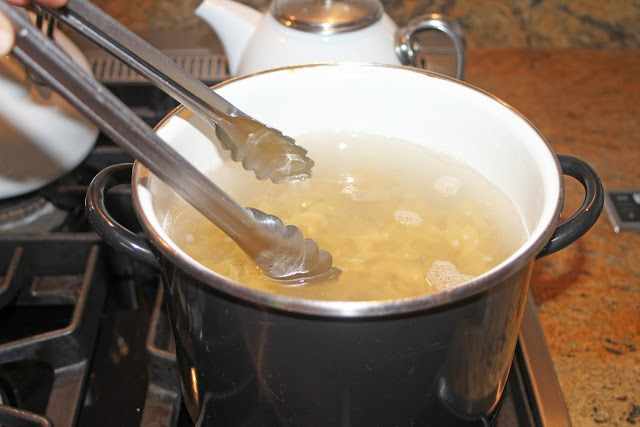 In the meantime, cook pasta in boiling salted water for about 9-10 minutes or until al dente. 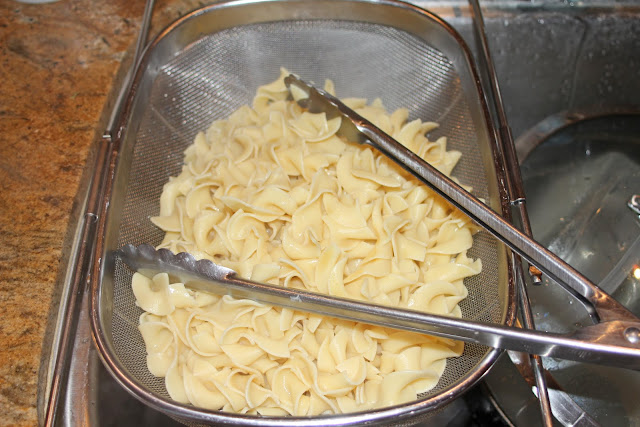 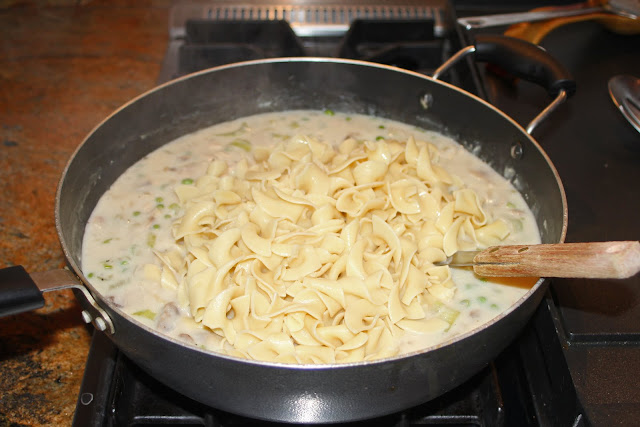 Add pasta to the sauce. 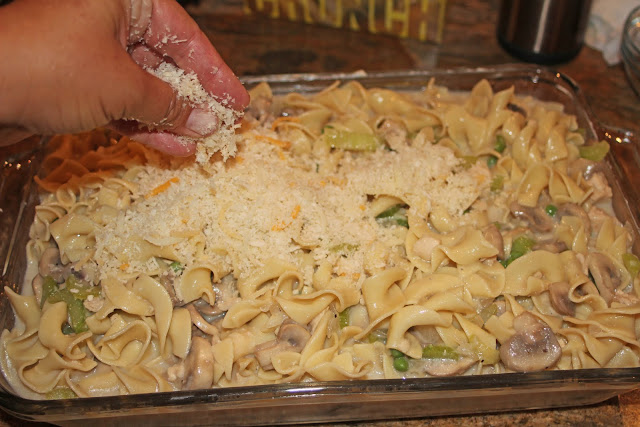 Pour pasta into casserole and sprinkle the top with the Panko-cheese mixture. 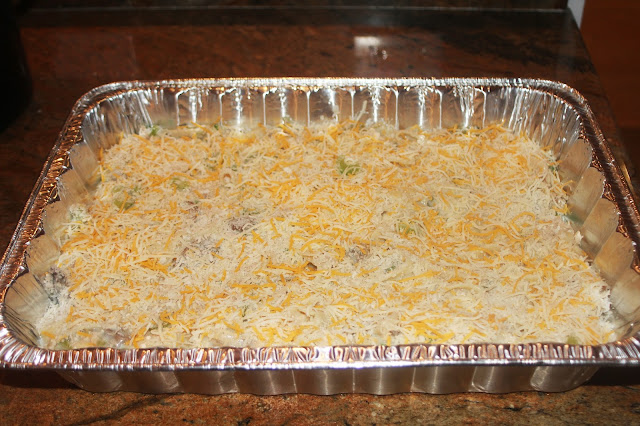 You can also use cooked fettuccine or linguine instead of curly egg noodles for this dish. 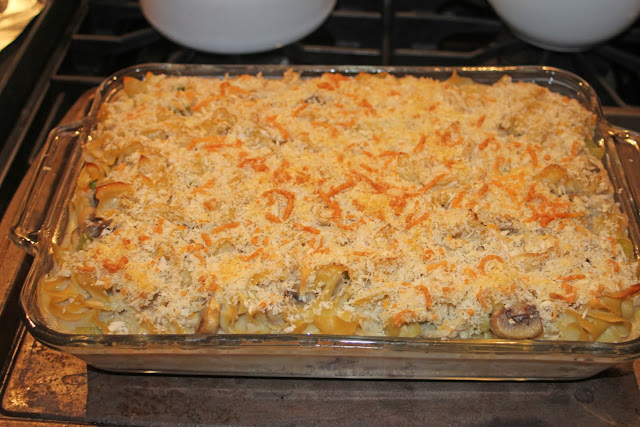 Bake about 30 minutes or until bubbly and browned. 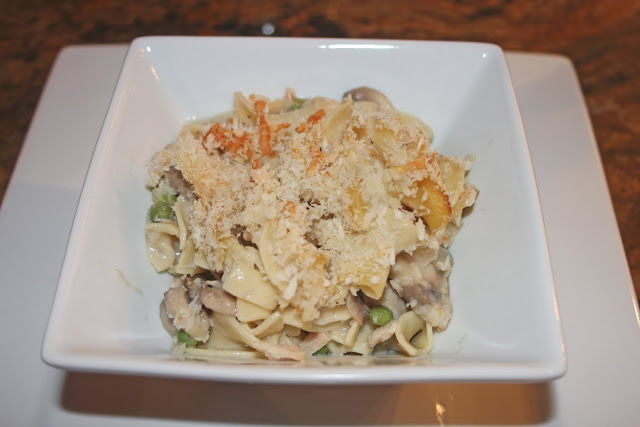 Posted by camissonia at 9:53 PM