Say what?!!! Ceviche ain't just for seafood anymore...at least so said Danny, one of my coworkers, who tried this dish at a friend's party and assured me that it was really delicious. Apparently, it's common in a certain region of Mexico, but I haven't been able to pinpoint where. Google searches brought up a number of Spanish language sites regarding Ceviche de Salchicha with some references to Sinaloa (of El Chapo fame), but nothing definitive. I finally came across a recipe on Food.com which incorporated most of the ingredients that Danny mentioned were in the dish he sampled (Vienna sausage, chopped tomato, onion, jalapeño, cilantro, and lime juice), so I adapted it - very simple to make, inexpensive, and a delicious summer party dish! 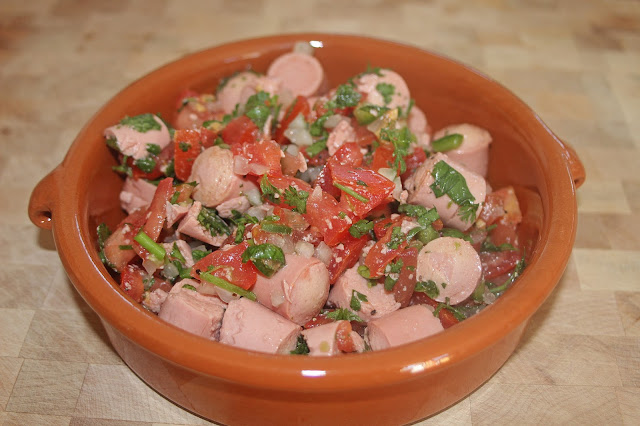 1. Combine all ingredients together in a bowl.

3. If there's a lot of excess liquid, drain before serving. Taste and season with additional salt and pepper as needed. 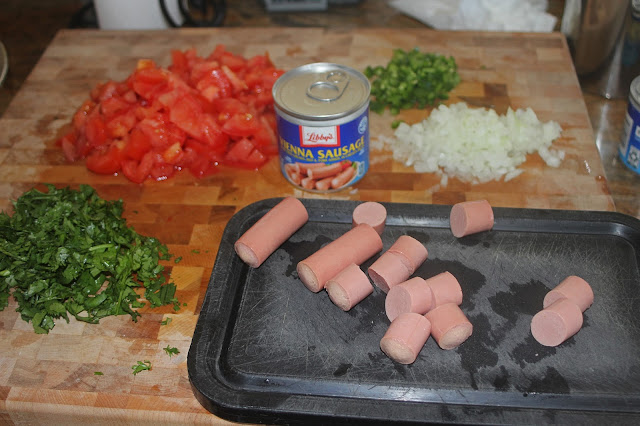 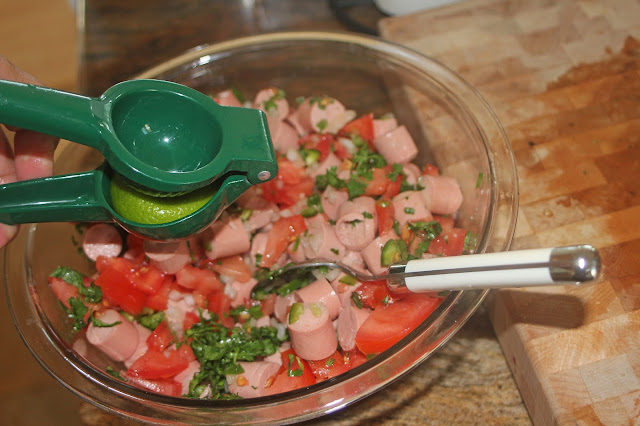 Combine all ingredients in a bowl and add the juice of 1 lime. Cover and refrigerate at least 1 hour before serving. 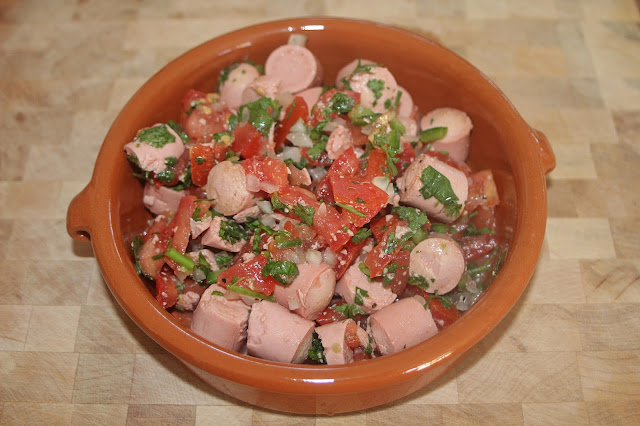 Posted by camissonia at 9:46 PM