This traditional Korean side dish consists of blanched spinach seasoned with sesame oil, soy sauce, garlic, scallions and a sprinkling of toasted sesame seeds. My version is an adaptation of Maangchi's recipe in her cookbook Real Korean Cooking. Great served with steamed white rice or over Bibimbap (rice bowl topped with meat, veggies and egg). 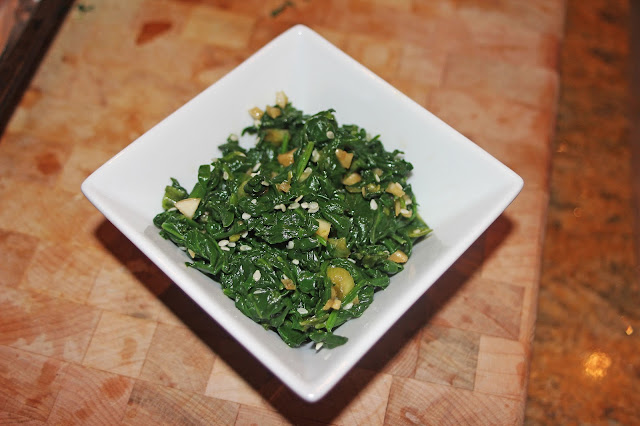 1. Bring a medium pot of water to a boil. Blanch the spinach for about 30 seconds to 1 minute (no more). Remove with a slotted spoon to a colander and immediately rinse with cool running water.

2. Squeeze the spinach dry, place on a chopping board, and chip into 1/2" pieces.

4. Serve immediately or cover and refrigerate until ready to serve. 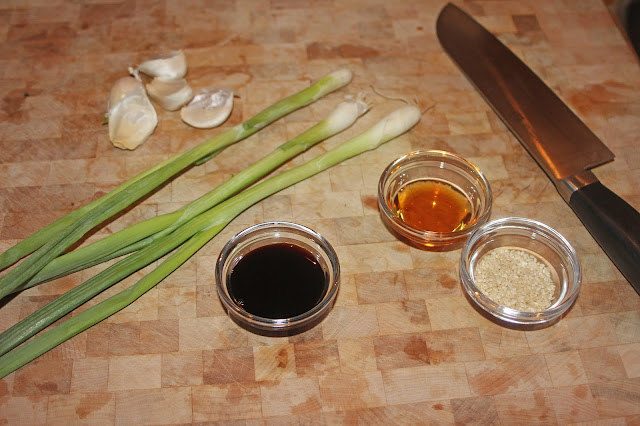 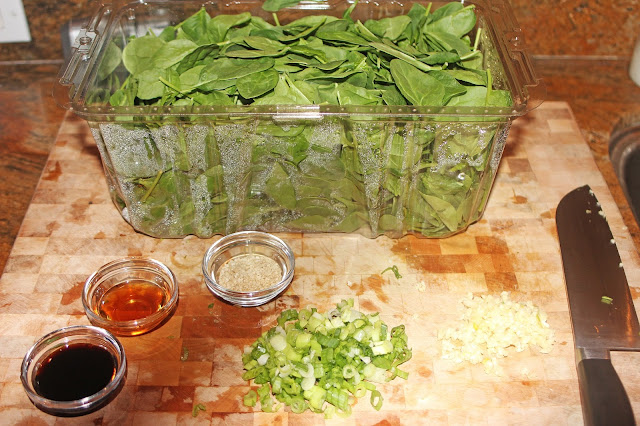 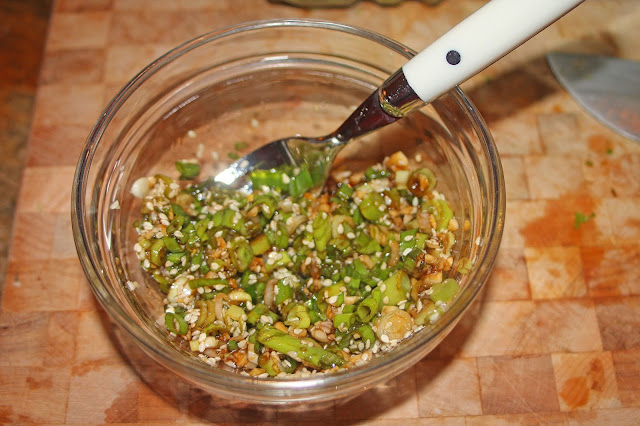 Combine all the sauce/dressing ingredients together in a bowl. 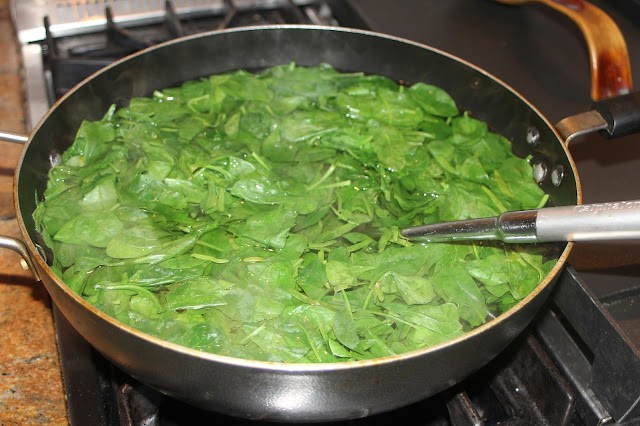 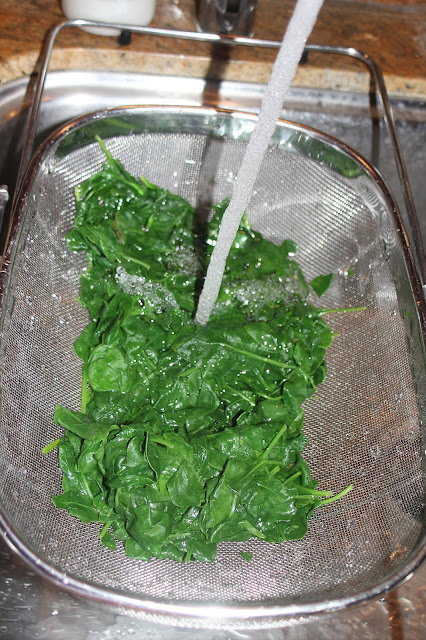 Remove the spinach immediately to a strainer and rinse with cold water to stop the cooking. 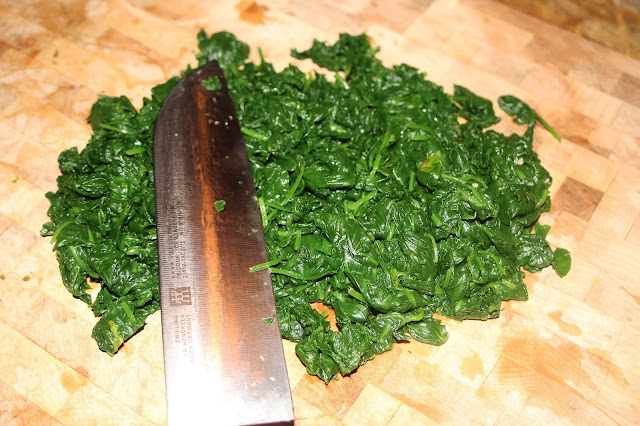 Squeeze the spinach dry then chop coarsely into 1/2" pieces. 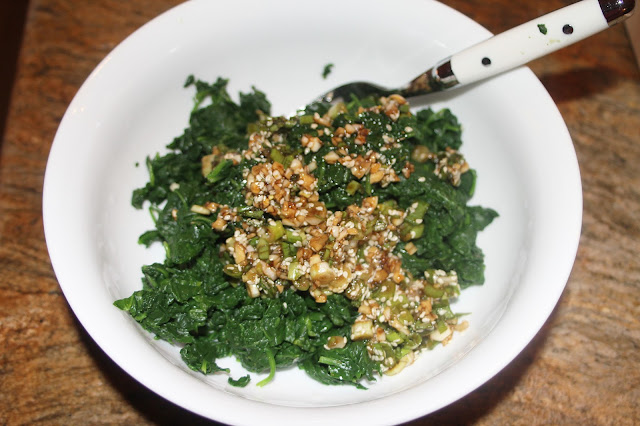 Place the chopped spinach into a bowl and toss with the sauce. 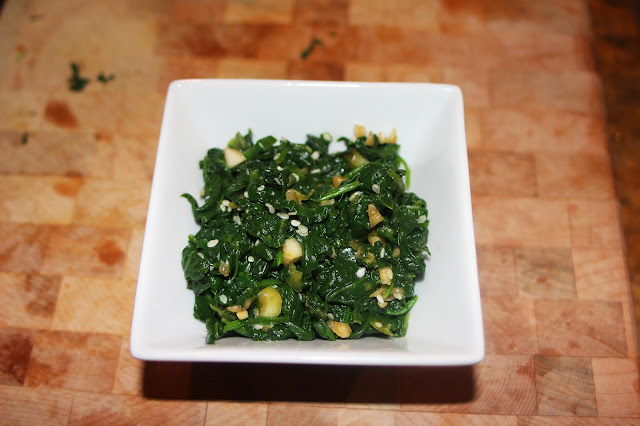 Posted by camissonia (Arleen) at 7:27 PM