I've made several versions of onion soup before, including one that used several different kinds of 'onions,' e.g.,  shallots, garlic, and scallions. I still think the best one is the simplest one, using just plain ol' sliced yellow onions sauteed in butter and olive oil until super caramelized, and then cooked in light chicken or beef broth seasoned with fresh thyme & bay leaves, and a touch of white wine. I found that the difference between using chicken broth and beef broth is that chicken broth is lighter and allows the sweetness of the onion to come through, while the beef broth is richer and tastes like a more traditional version of this soup. Both are good. The following recipe is one I adapted from The Best International Recipe cookbook by the editors of Cook's Illustrated.


2. Remove cover, and continue cooking until most of liquid has evaporated, stirring occasionally.


3. Reduce heat to medium low and cook for about 1 hour, stirring frequently and scraping up any brown bits that form on the bottom of the pan (you can deglaze the onions with a small amount of water a couple times during the long cooking period). Cook until onions are very soft, very reduced and have turned a deep brown color.


5. Serve piping hot. If you like French bread and cheese on top, just heat up your broiler, adjust the shelves to about 6" from the top, ladle soup into broiler-proof bowls, top with a slice of bread sprinkled with grated cheese or cheese slices.  Broil until cheese is brown & soup is bubbly, about 5-10 minutes. Cool 5 minutes before serving.


If you don't want to go through the hassle of broiling, just place a slice of cheese on the bottom of each serving bowl, ladle the soup over, then top with a slice of toasted baguette. As with many soups & stews, this will taste better the next day. 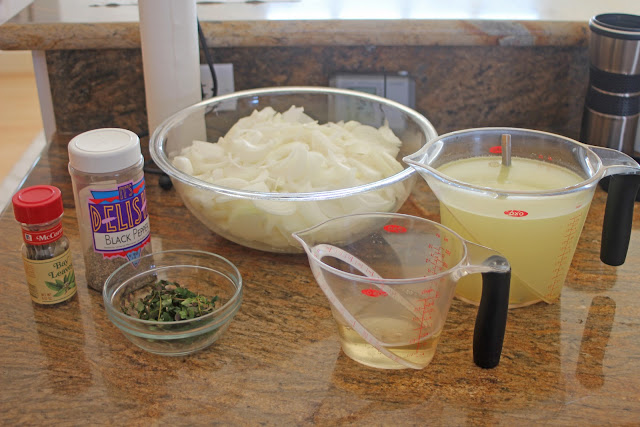 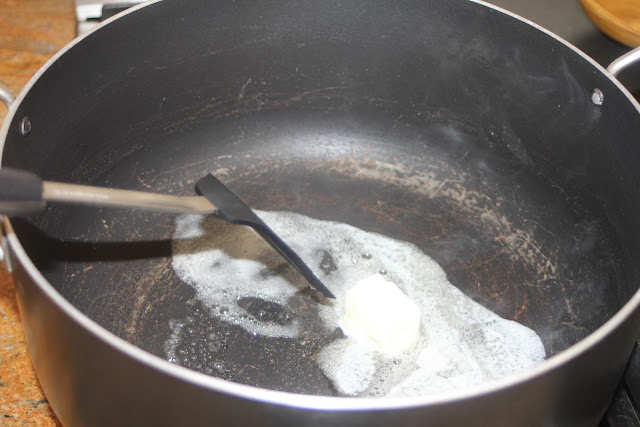 Melt butter with olive oil in a large pan over medium high heat. 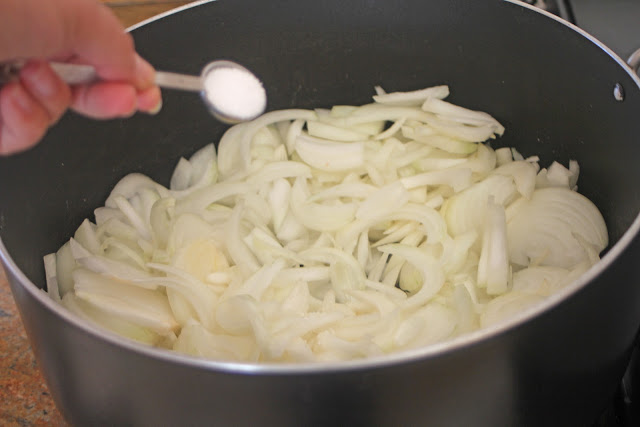 Stir in onions with 2 tsp. salt. 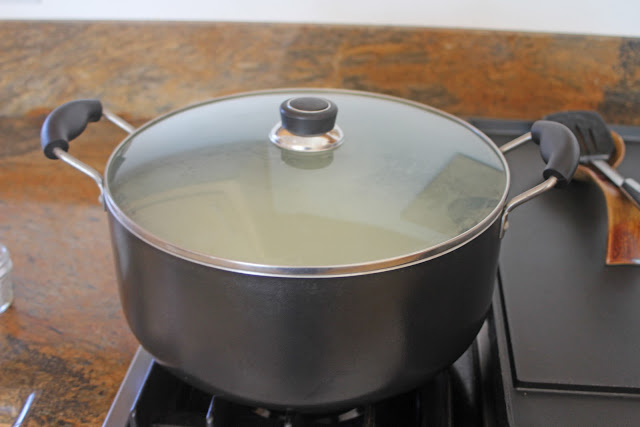 Cover and cook 10 minutes or until onions are translucent. 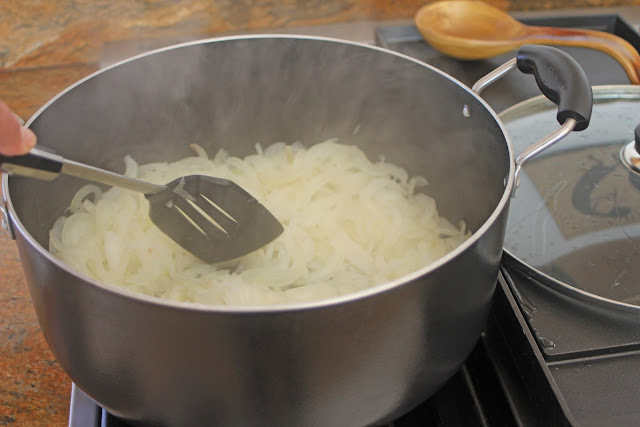 Remove cover and cook until all of liquid has evaporated. Reduce heat to medium low and cook about 1 hour, stirring occasionally and scraping up any brown bits that form on the bottom of the pan. 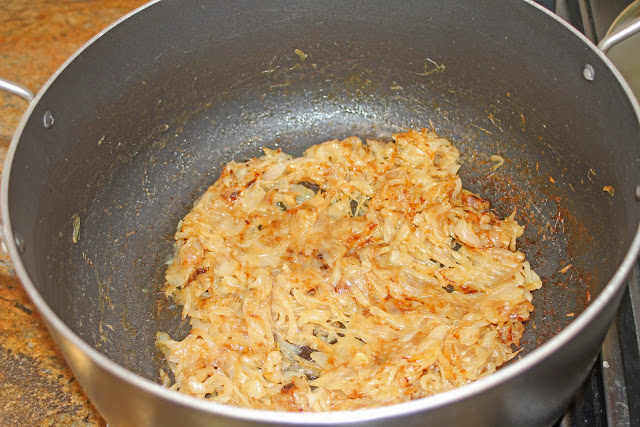 You can deglaze the onions with about 1/4 cup of water once or twice during the browning process. 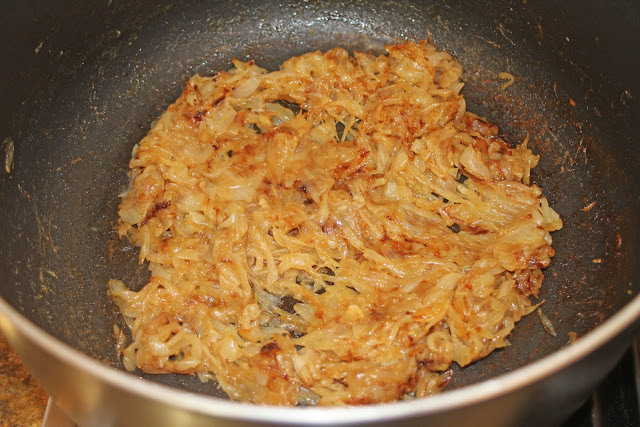 The browner the onions get, the more flavorful the soup will be. 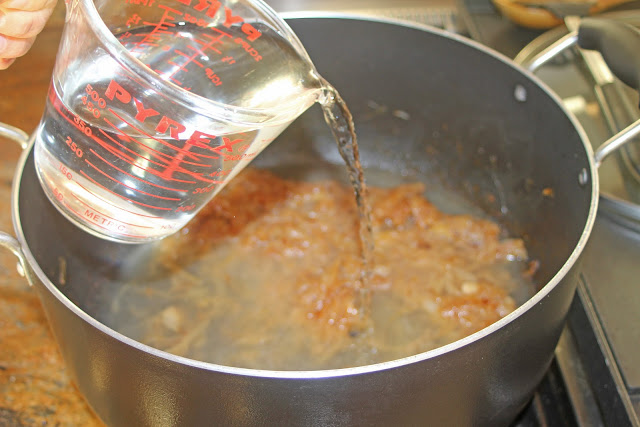 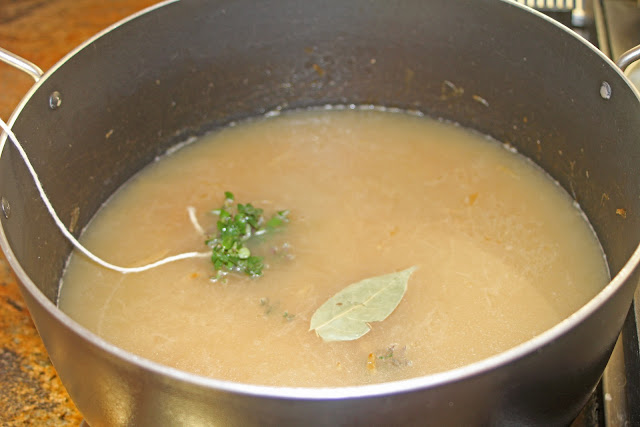 Then add the thyme, bay leaves, and black pepper. 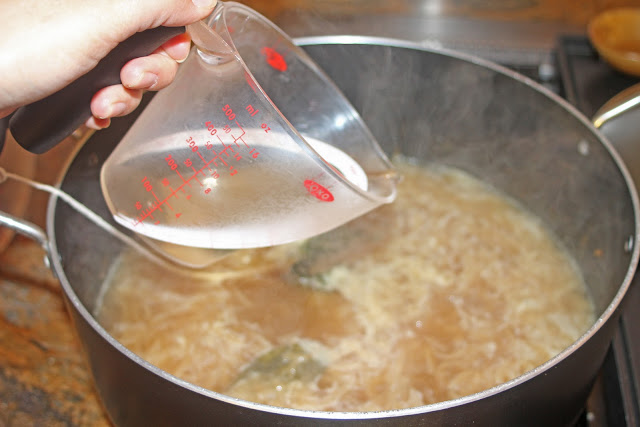 Add 1/4 cup of dry wine or sherry and 1 tbsp of chicken or beef base. Cook 15 minutes and check for seasoning. 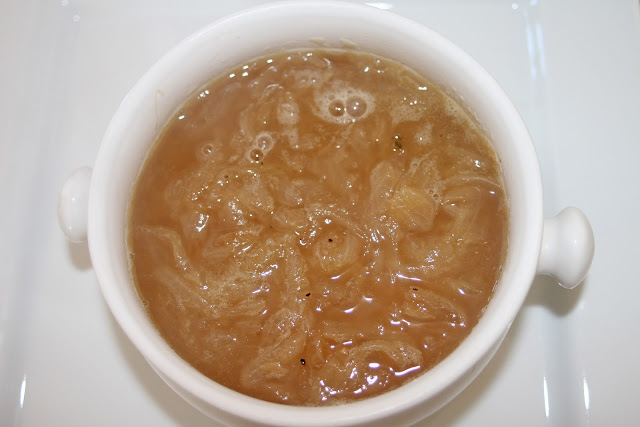 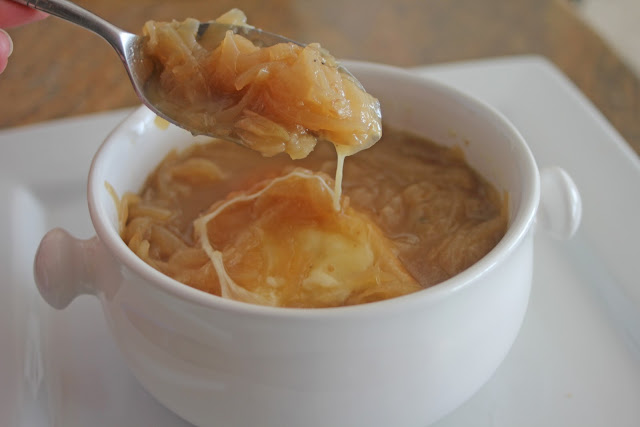 Posted by camissonia at 3:37 PM