For grilled asparagus, I usually just toss the spears with some olive oil, salt, pepper and garlic powder. But for this Asian-inspired version, I adapted a recipe from Tadashi Ono and Harris Salat's The Japanese Grill: From Classic Yakitori to Steak, Seafood, and Vegetables. The seasonings are soy sauce, sesame oil and Shichimi Togorashi (a Japanese chili spice blend available in many Asian markets and through Amazon). If you don't have a grill or just don't want to go through the hassle of firing up a grill, you can also roast these in the oven. So simple and so good! I can eat these all day long as is or serve them as a side dish to a main meat course. 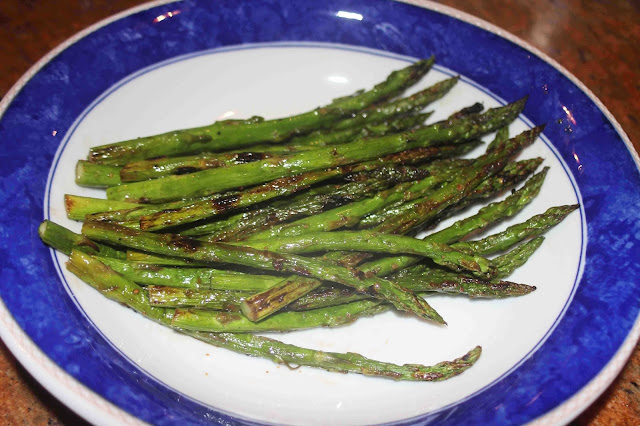 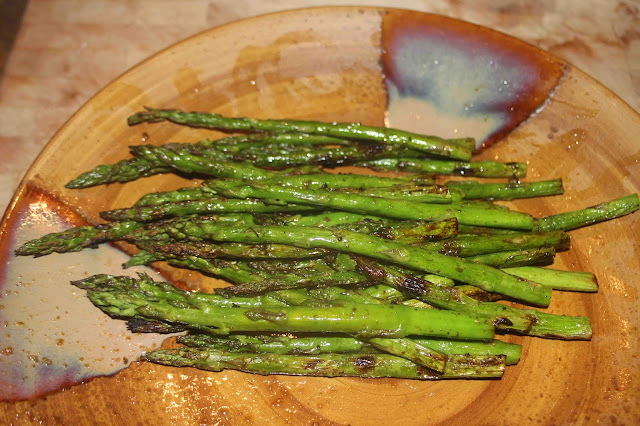 1. Place the trimmed asparagus on a foil-lined baking sheet.

2. Toss with the sesame oil, soy sauce and Shichimi Togarashi. 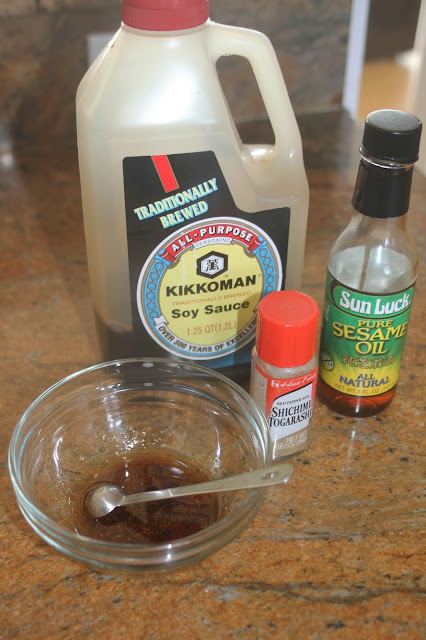 Combine the soy sauce, sesame oil and Shichimi Togarashi in a small bowl. 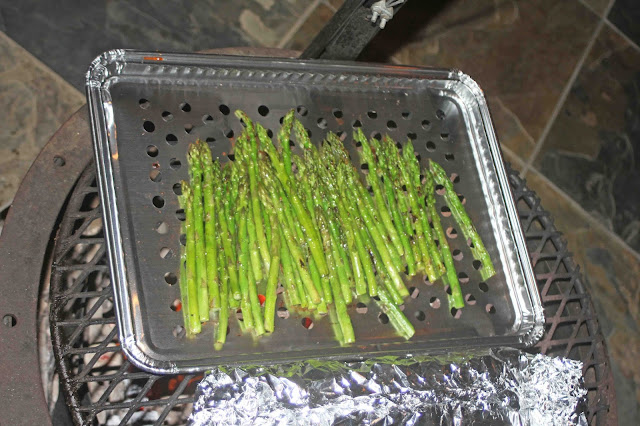 Toss the trimmed asparagus spears with the soy sauce mixture and place on a grilling pan. Grill for 5-10 minutes or until the asparagus is crisp-tender and lightly browned. You can also roast these in the oven for 5-10 minutes at 375F. 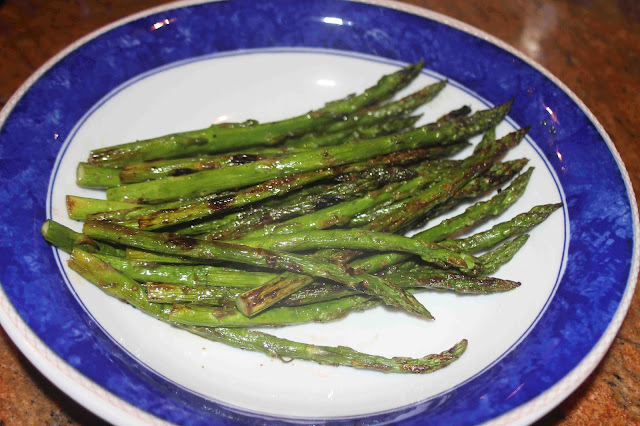