This popular Korean dish is first marinated in an aromatic blend of soy sauce, rice wine, mirin, sesame oil, garlic, ginger and grated Asian pear (similar to the marinade for Bulgogi http://thegrubfiles.blogspot.com/2015/03/korean-bbq-beef-bulgogi.html) before grilling. The ribs for Galbi are typically cut thinly (around 1/4") along the bone, but can also be cut across the bones (aka "flanken" cut), a style of galbi which supposedly originated in Los Angeles ("LA Galbi"). I adapted this recipe from Maangchi's in her cookbook Real Korean Cooking. Great with steamed white rice or with the meat wrapped in lettuce leaves. You can also serve with a dipping sauce and/or your fav "Banchan" (Korean side dishes, including kimchi). 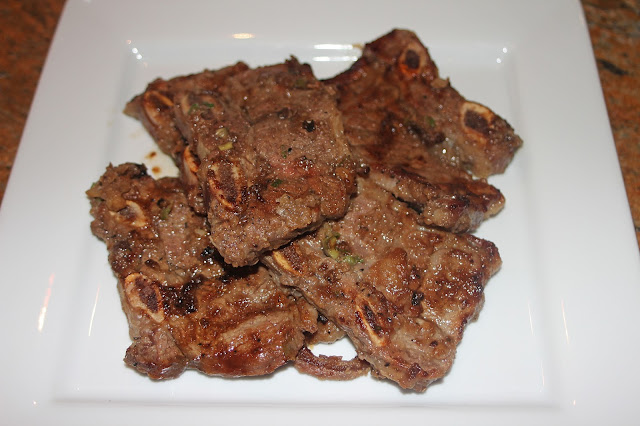 Ingredients:
3 to 3.5 lbs. of flanken cut beef short ribs, each cut in half if pieces are large

1. Grate the garlic, onion, ginger, and pear into a shallow casserole; set aside.

2. Combine all the remaining marinade ingredients together in a bowl. Set aside.

2. Rinse the short ribs with water and pat dry with paper towels. Place in the shallow casserole with the grated mixture, pour the marinade over and toss well to coat. Cover with plastic wrap and refrigerate at least one hour or overnight before grilling.

3. Prepare your grill/barbecue. Sear the ribs about 2-3 minutes per side or until you have grill marks and the meat is just cooked through (they are pretty thin so won't take long). If you don't feel up to firing up the grill or just don't have one, you can also pan-fry the ribs.

4. Serve with steamed white rice or you can wrap the meat in lettuce and perilla or shiso leaves with julienned cucumber, sliced jalapeños and a dab of the dipping sauce. 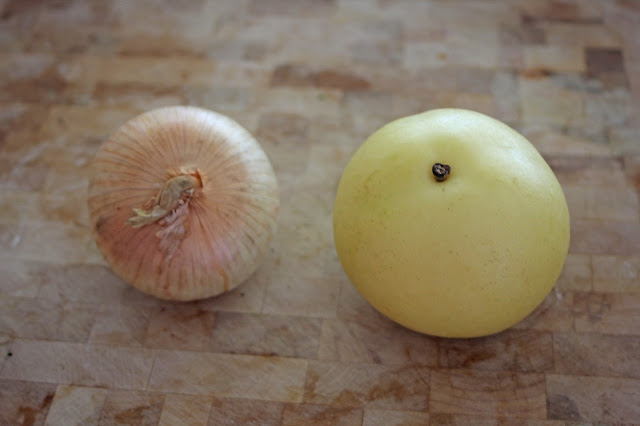 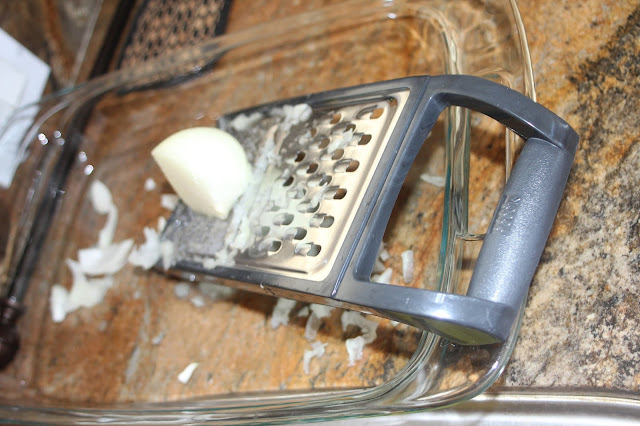 Grate the onion and pear into a shallow casserole dish. 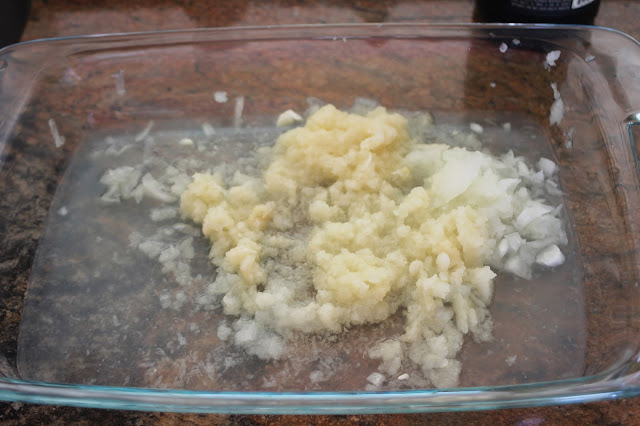 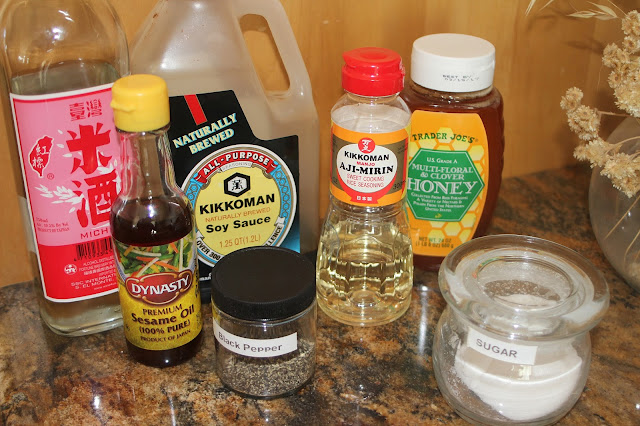 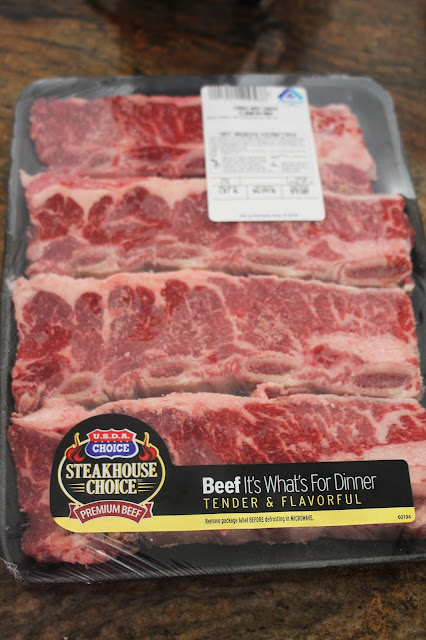 Flanken cut beef ribs. I got these from Ralph's supermarket (although they were chuck, not short ribs). 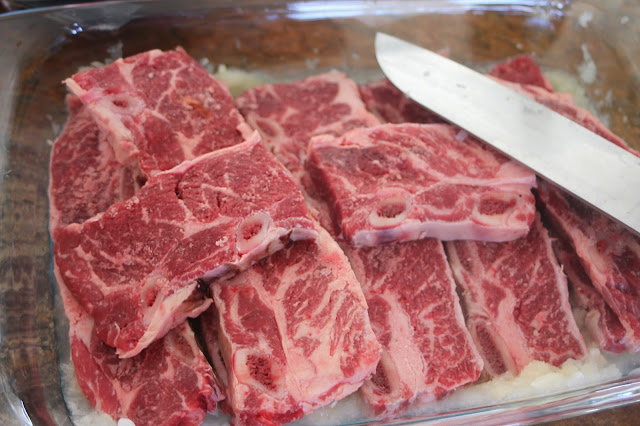 Since the ribs pieces were rather large, I cut each in half. 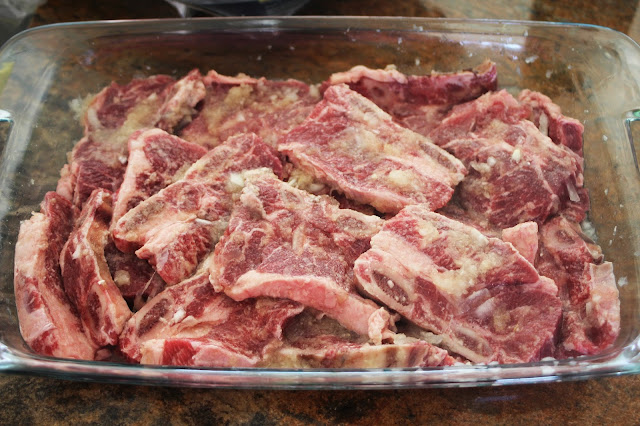 Place in the casserole with the grated onion and pear. 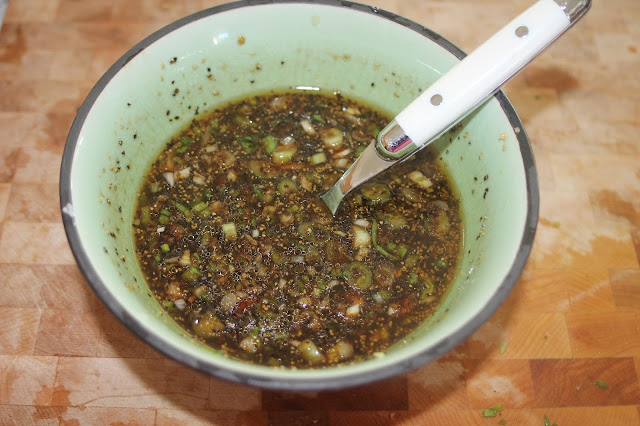 Combine all the remaining marinade ingredients together in a bowl. 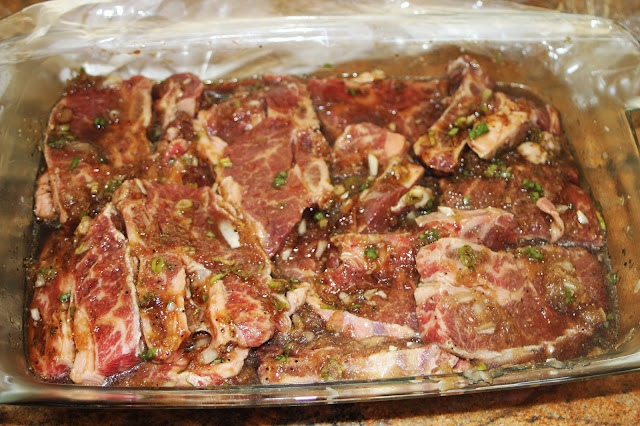 Pour the marinade over the ribs and toss well to cover all sides. Cover with plastic wrap and refrigerate one hour to overnight before grilling. 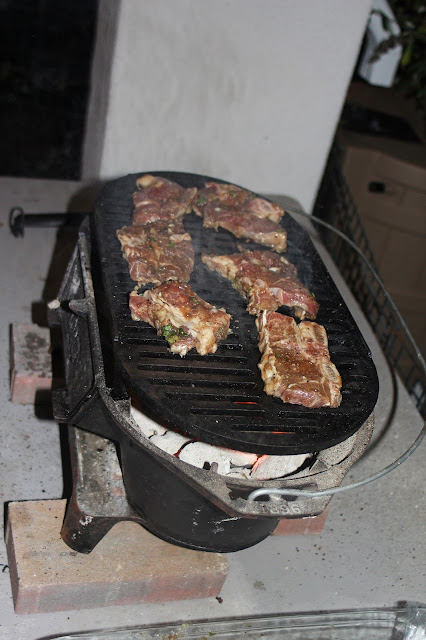 Grill 2-3 minutes per side over very hot coals until the meat is nicely seared and just cooked through. 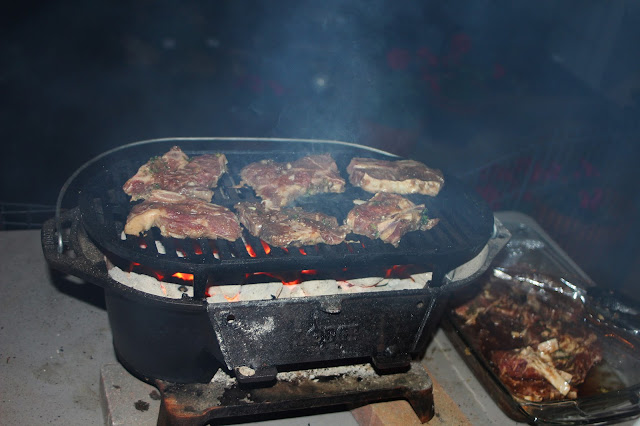 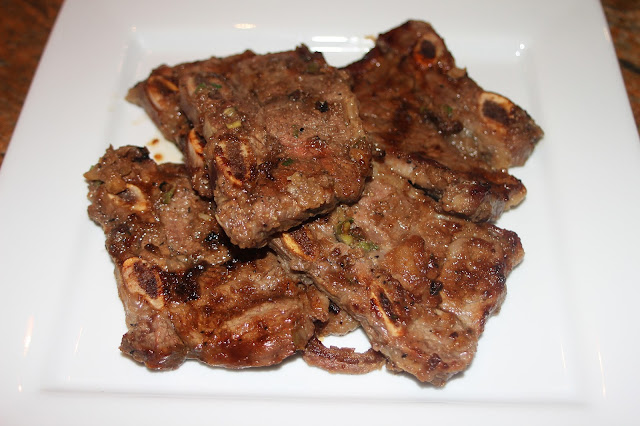 Posted by camissonia at 9:55 PM