I adapted this, almost verbatim, from The Complete America's Test Kitchen TV Show Cookbook 2001-2010.   I've been watching the program quite religiously over the past few years on PBS stations, and they've always delivered spot-on recipes through rigorous trial and error in their test kitchens. Pork tenderloin is a very lean, healthy cut of meat, but can often taste bland or become overcooked. This iteration produces a tender, succulent roasted tenderloin, accompanied by a tasty maple-molasses, mustard sauce on the side. My segue from the original version is that I increased the cayenne from a pinch to 1/4 tsp. (I like spicy), and doubled the glaze recipe, since you can never have enough glaze or sauce, IMHO...


2. In a small bowl or measuring cup, stir together 1 cup of the maple syrup, molasses, bourbon, ground cinnamon, cayenne pepper, and ground cloves. Set aside.


3. In a rimmed cookie sheet or rectangular casserole, stir together the corn starch, sugar, salt, and black pepper. Pat the pork tenderloins dry with paper towels, and then dredge them in the cornstarch mixture.


4. Heat a 12" non-stick skillet over medium heat, with 2 tbsp. of vegetable oil, until almost smoking. Shake off excess cornstarch mix from the tenderloin, add to the pan and sear, uncovered, until all sides are nicely browned, about 12-15 minutes.


5. Remove browned tenderloins to a wire rack over a rimmed baking sheet.


6. Reheat same pan over medium heat and add glaze mixture. Bring to a boil and cook down to 1 cup, about 2 minutes. Remove 4 tbsp. to a separate bowl. In the meantime, glaze pork on all sides generously with the glaze mixture.


8. Remove tenderloins to a chopping board and let rest, uncovered, for 10 minutes.


9. For the sauce, add 2 tbsp. whole grain mustard and remaining 1/2 cup of maple syrup to the 4 tbsp. of reserved glaze. Stir well and set aside.


10. Brush each tenderloin with the mustard-maple glaze, then slice into medallions or serving sizes.


11. Serve pork with additional mustard maple glaze and veggies on the side. 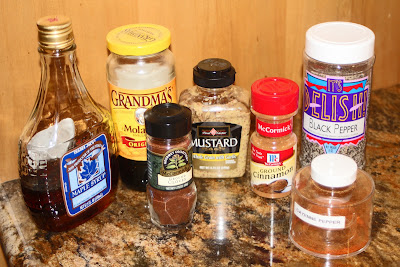 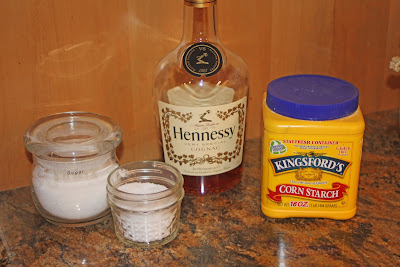 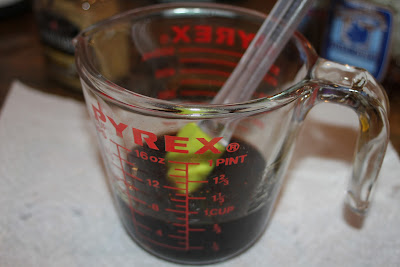 For the glaze, stir together 1 cup of maple syrup, molasses, cognac or bourbon, cinnamon, cayenne and cloves. 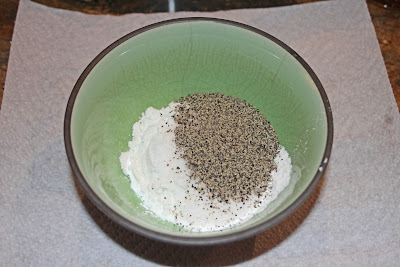 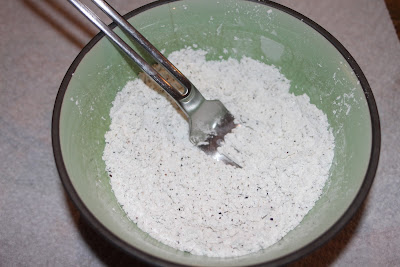 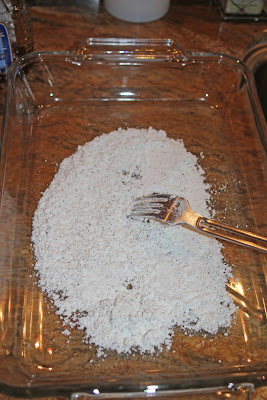 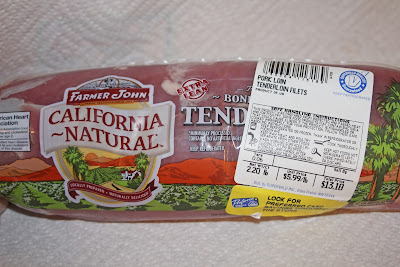 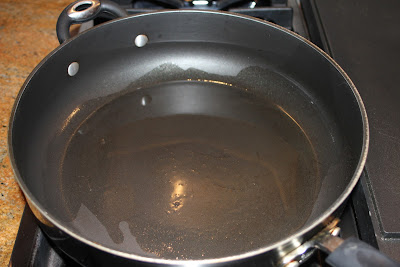 Heat 2 tbsp. of vegetable oil in a 12" skillet over medium-high heat until almost smoking. 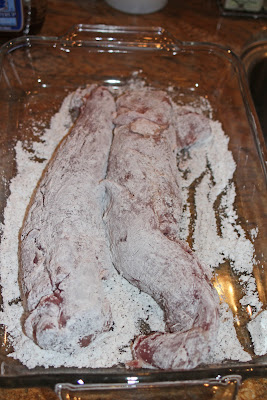 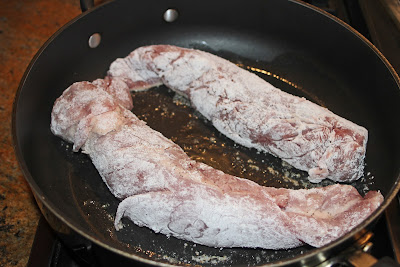 Place in pan, and sear on all sides (turn heat down to medium). 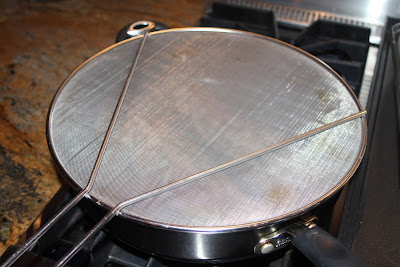 Use of a splatter guard is highly recommended. 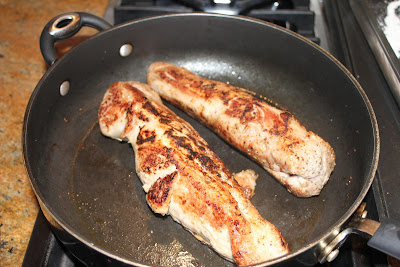 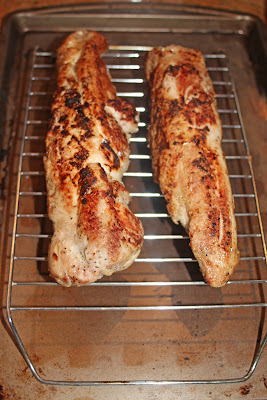 Place browned tenderloins on a rack over a baking sheet. 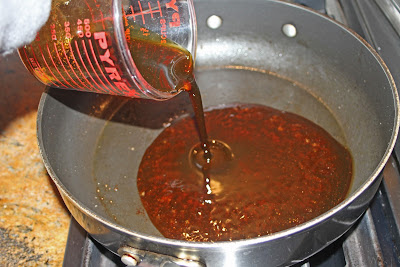 Pour glaze into same pan that pork was seared in and cook over medium heat about 2 minutes, or until sauce is reduced to 1 cup. 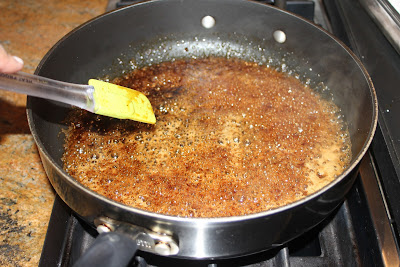 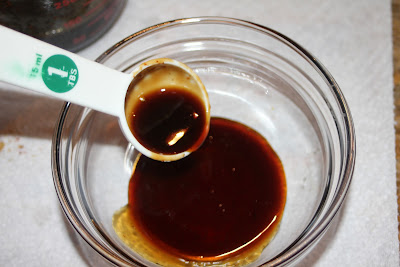 Reserve 4 tbsp. of reduced glaze for the serving sauce. 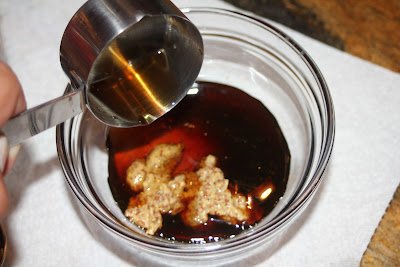 Stir in 1/2 cup of maple syrup and 2 tbsp. of whole grain mustard. Set aside. 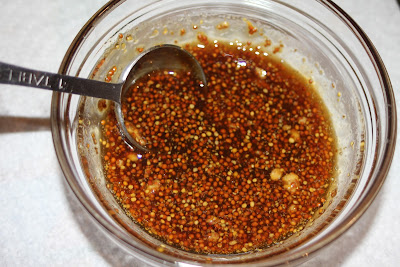 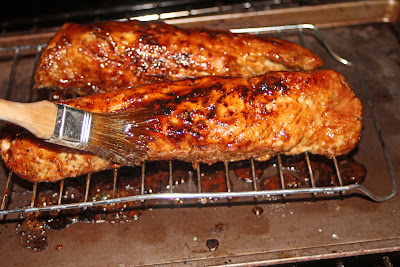 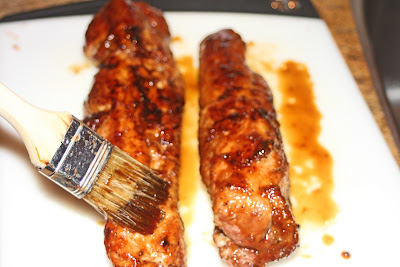 Remove tenderloins and baste with the remaining glaze. Let rest for 10 minutes, uncovered. 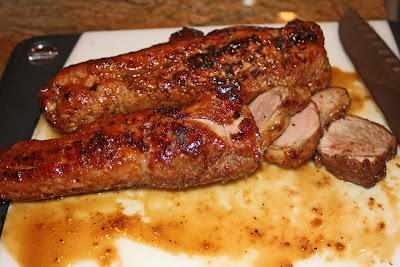 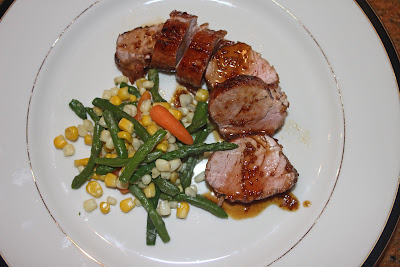 Serve with maple-mustard sauce.
Posted by camissonia (Arleen) at 12:32 AM