A perennial fav in the pantheon of Korean cuisine, Bulgogi (aka "fire meat") consists of thinly sliced prime cuts of beef (I like to use ribeye) that's typically marinated in a simple mixture of soy sauce, sugar, mirin or rice wine, sesame oil, garlic and ginger, and then grilled. After perusing a number of recipes in cookbooks and online, I incorporated grated Asian pear into the marinade, which seems to sweeten and tenderize the meat ever so much more. The dipping sauce is my iteration of classic Korean dipping sauce ingredients: soy sauce, gochujiang, sugar, sesame oil, garlic, ginger, scallions, mirin, and sesame seeds. The best way to cook the marinated meat is on a grill, but if you don't have a grill or just don't have the time or inclination to fire up the barbie, then stir-frying in the wok or a saute pan is a totally viable alternative. 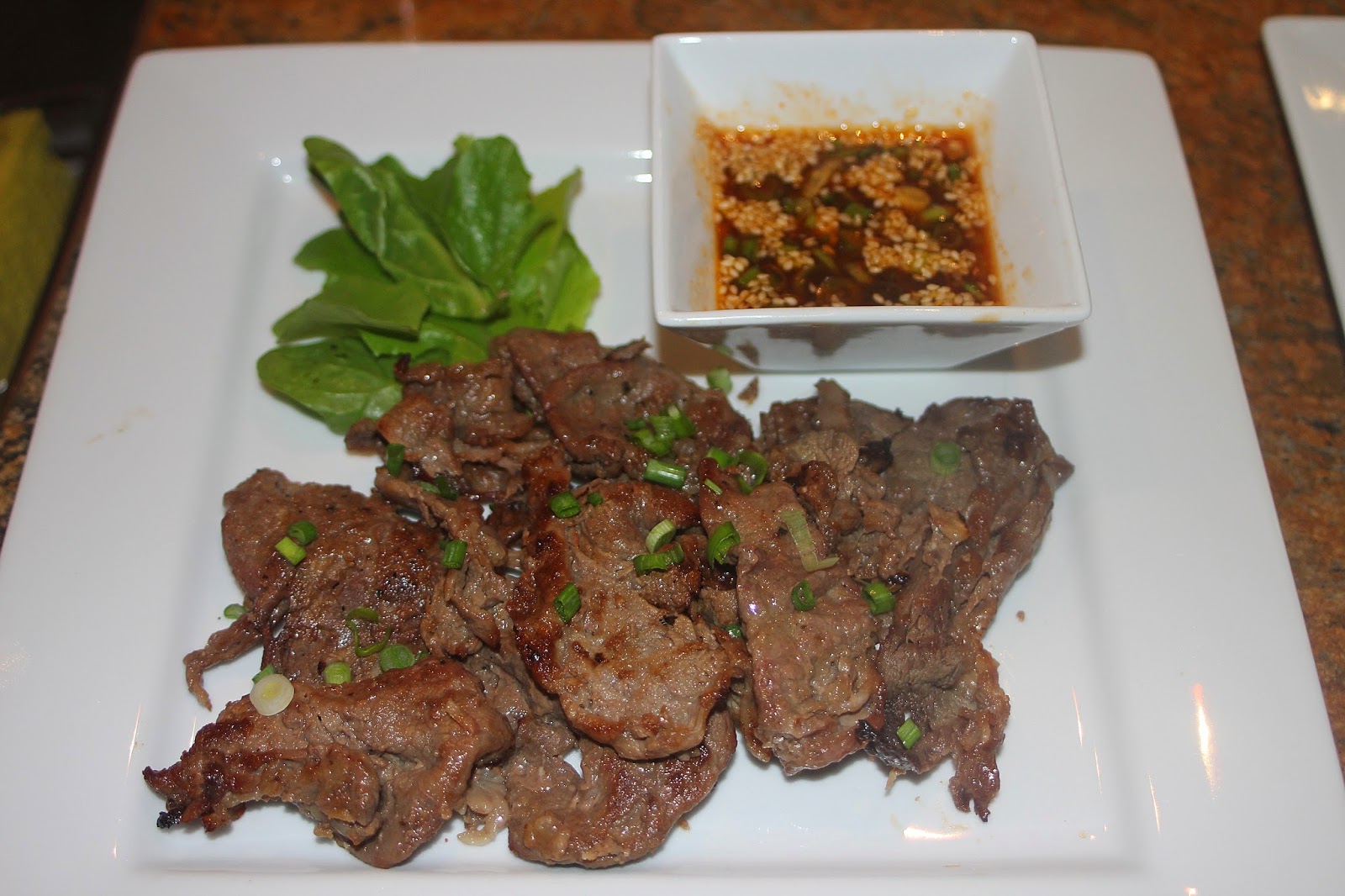 1. Combine all of the sauce ingredients together and set aside. 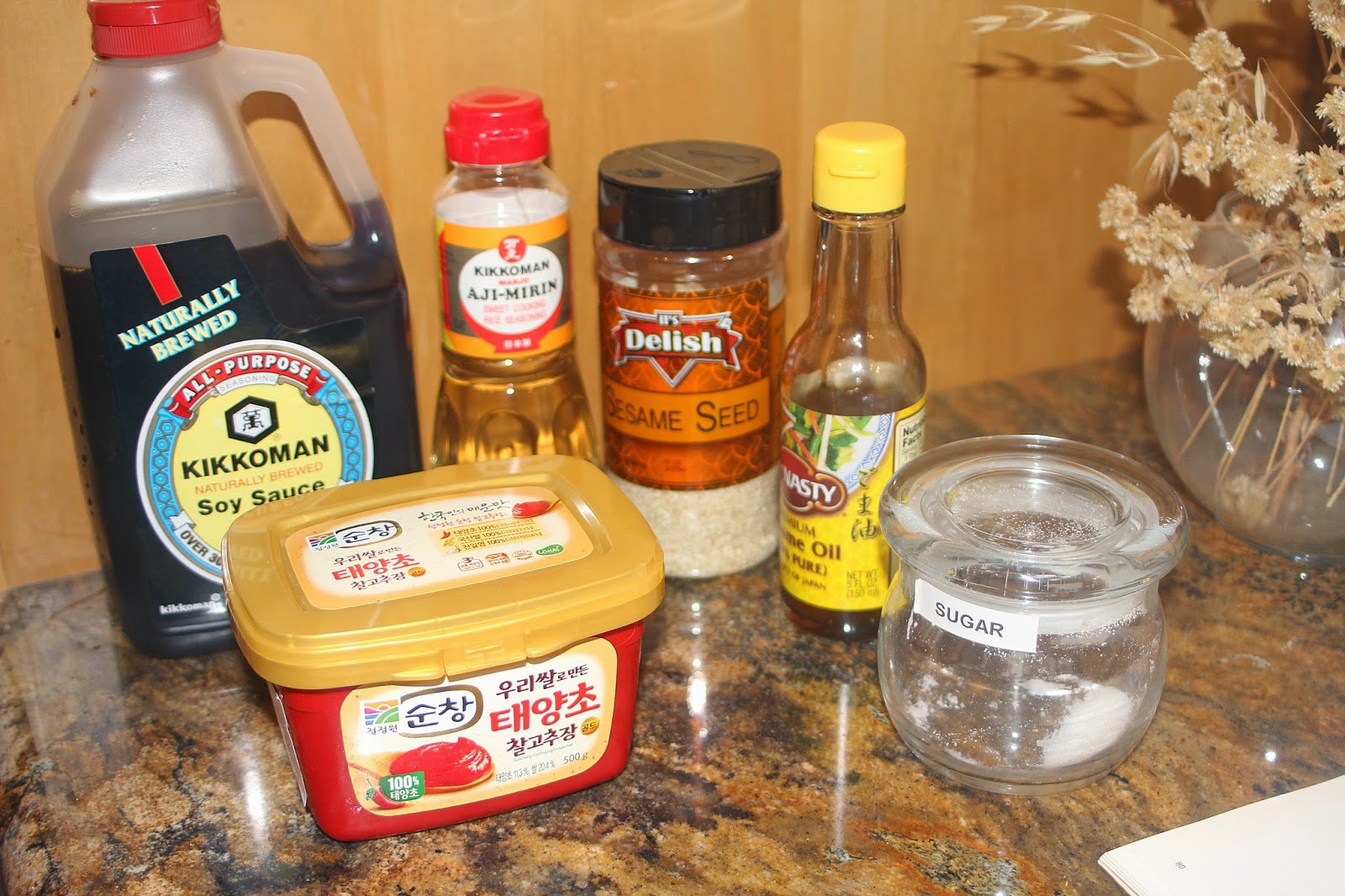 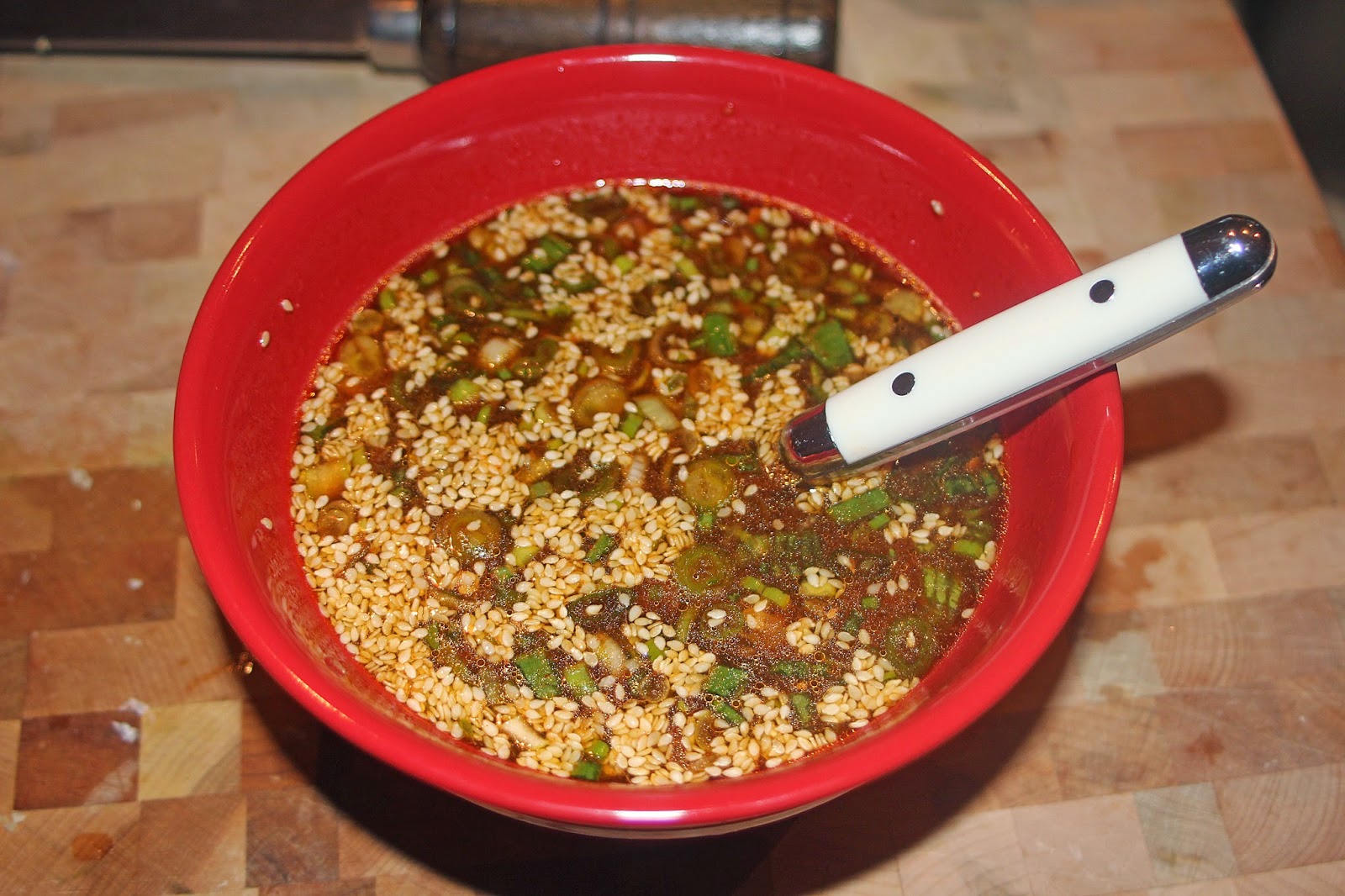 For the Beef:
2 lbs. thinly sliced ribeye or sirloin beef

1. Combine all the marinade ingredients together in a bowl.

3. Cover the casserole with plastic wrap, place in the frig, and let the beef marinate 1-2 hours.

5. Serve the meat with the dipping sauce and steamed white rice on the side. 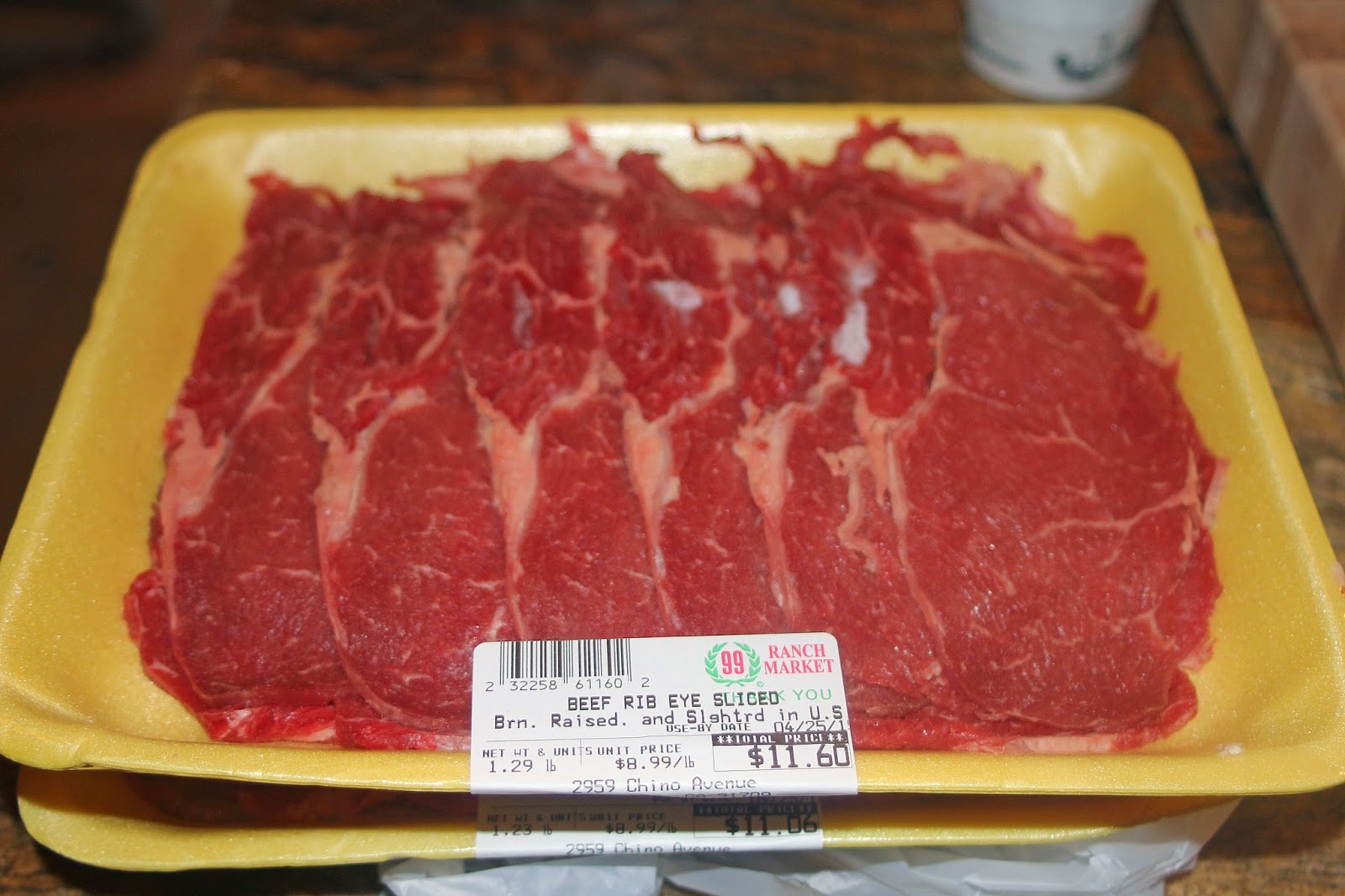 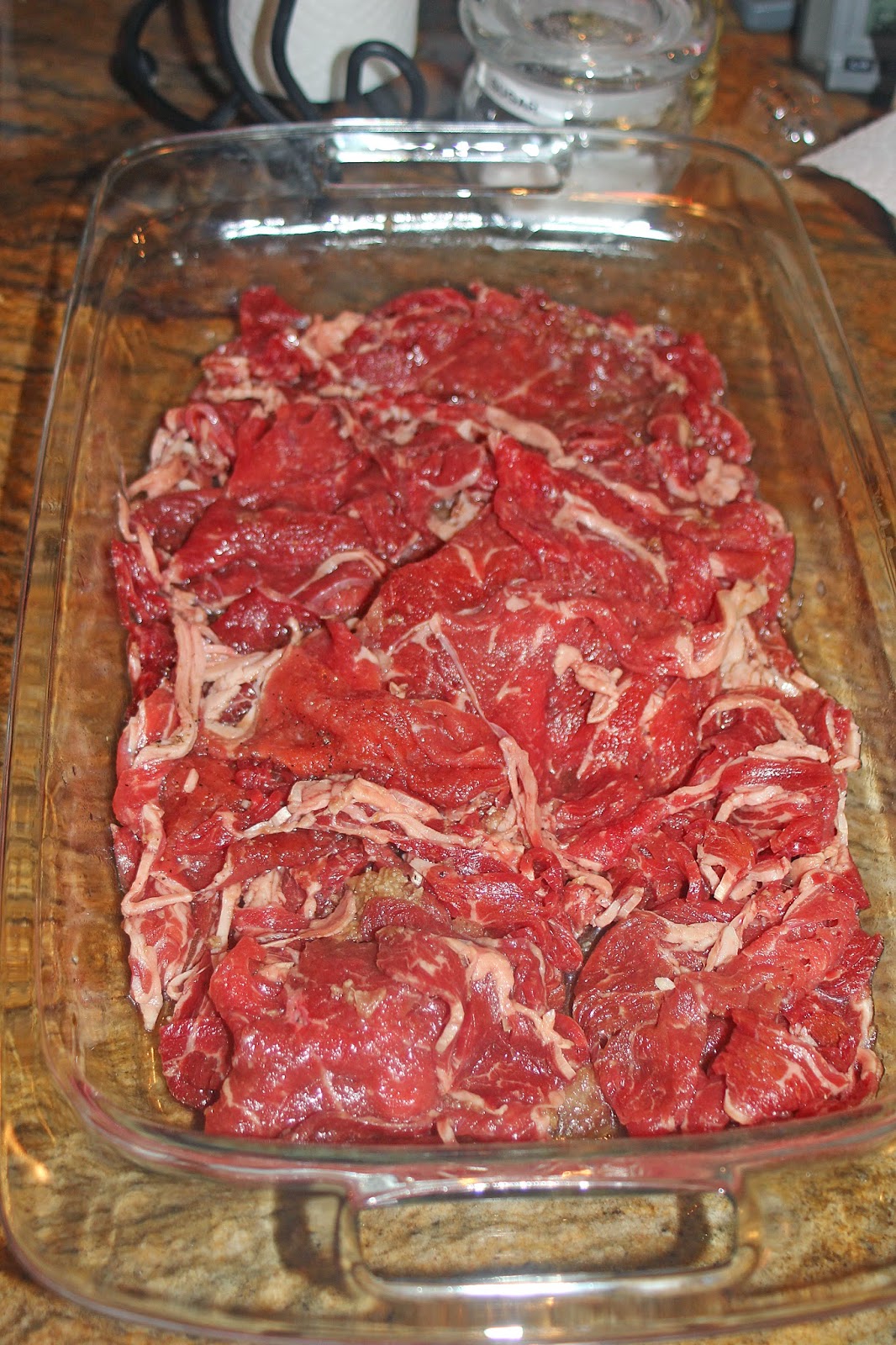 Layer the beef slices in a shallow pan and cover with the marinade. Grill the beef slices until just cooked through. 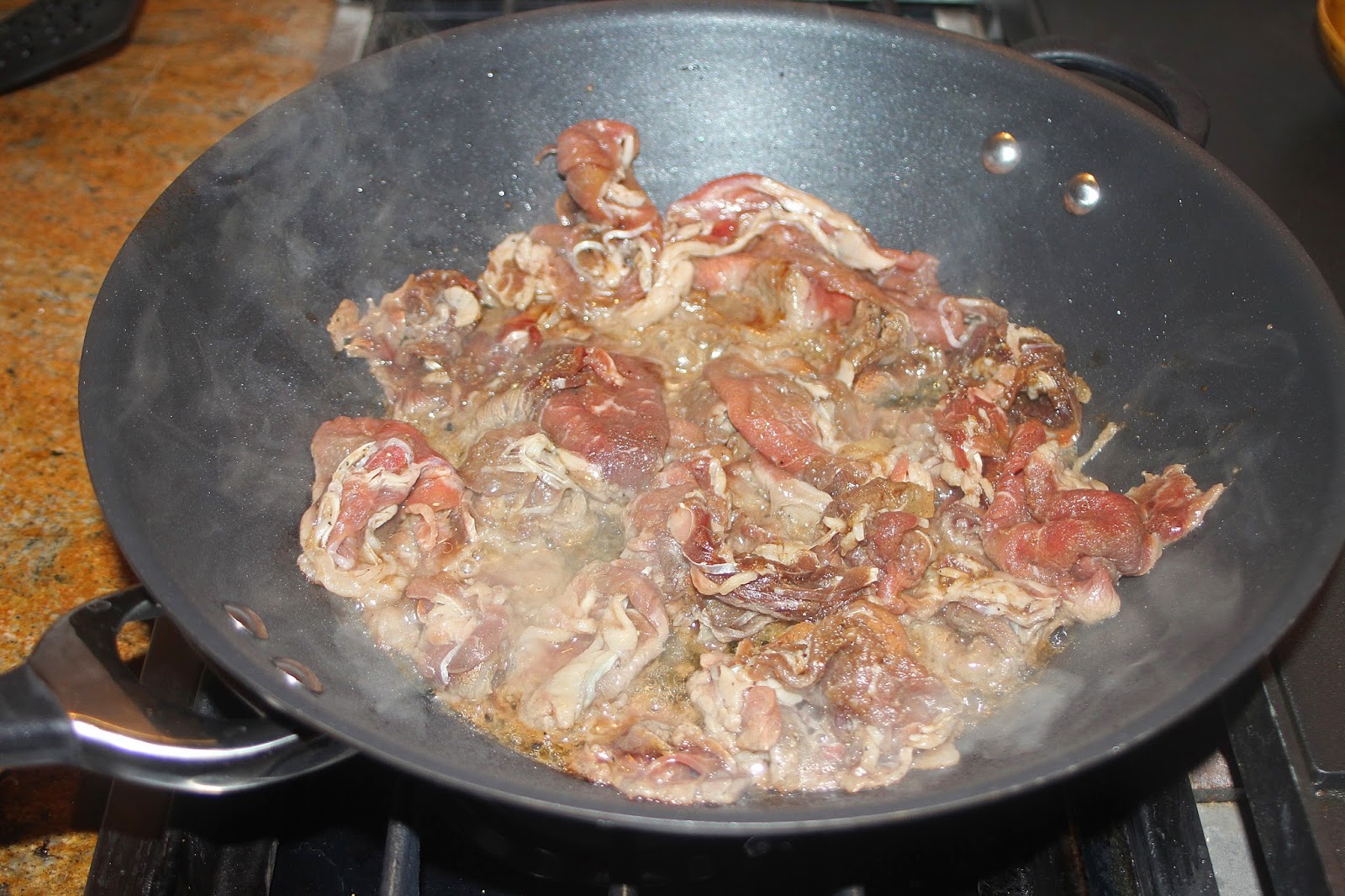 If you don't have a grill or just don't wanna grill, you can saute the marinated beef in a wok or pan. 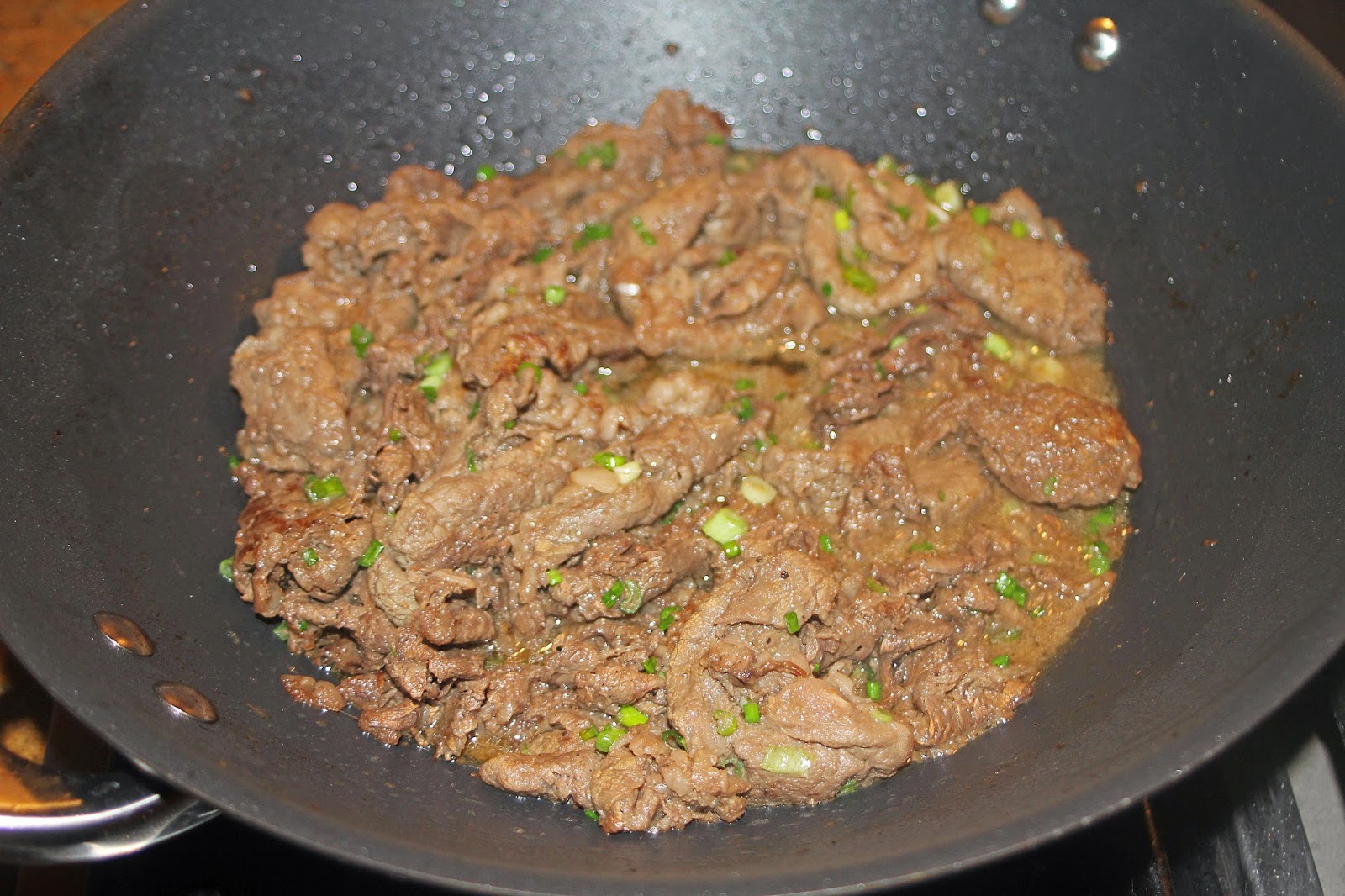 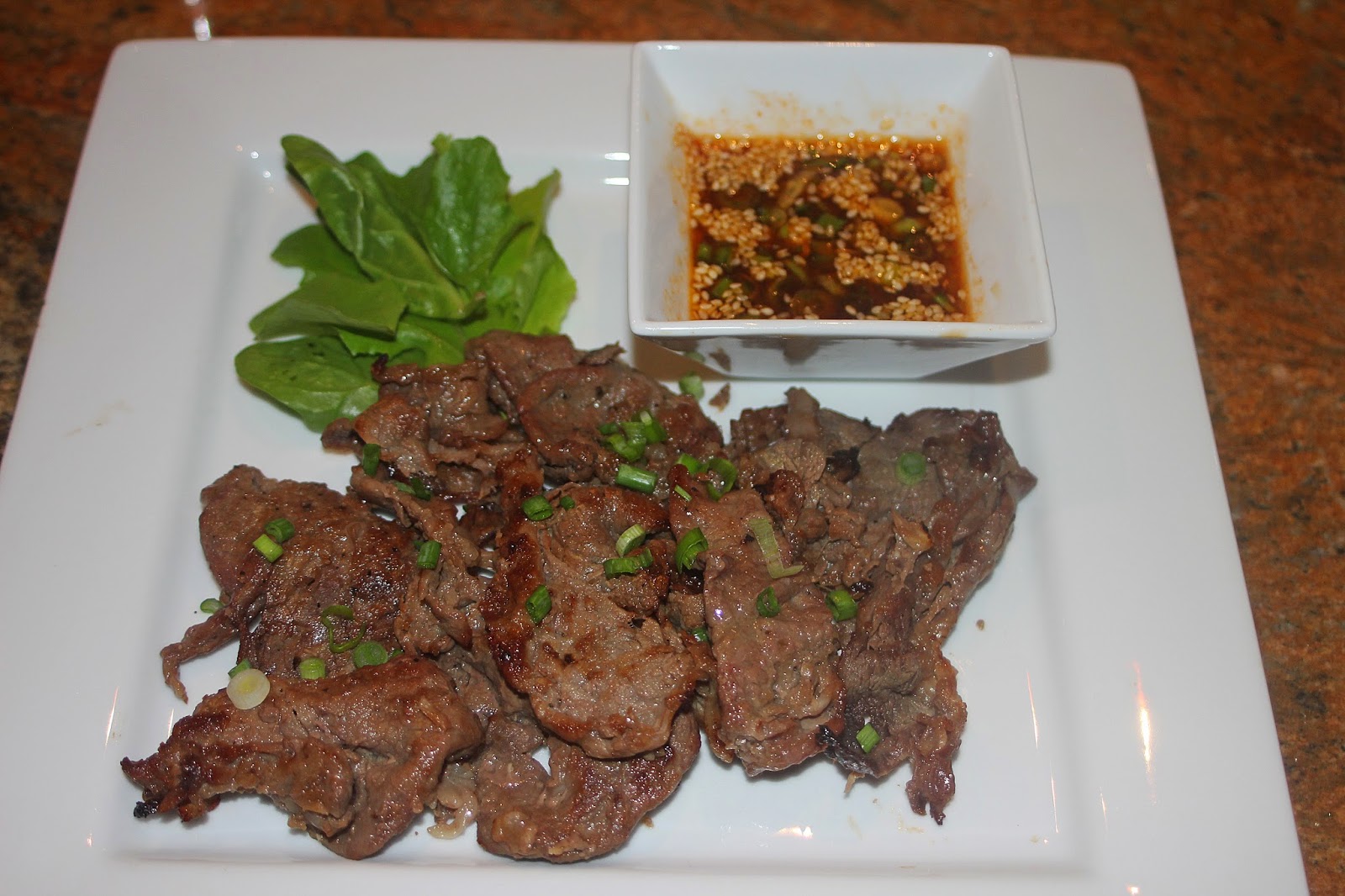 Serve with the dipping sauce on the side.
Posted by camissonia at 1:19 AM