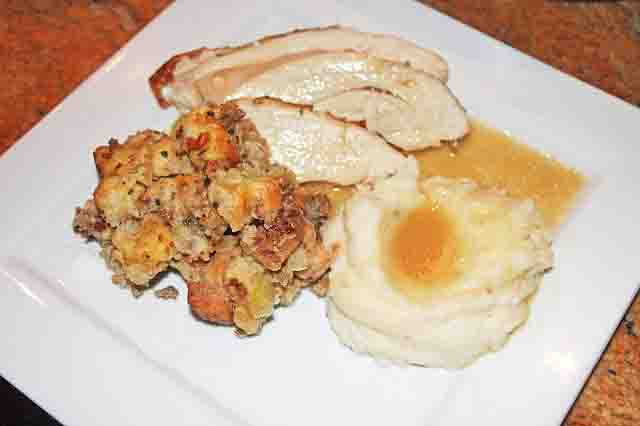 This year I wanted to make a dressing for Thanksgiving that harked back to the traditional no frills version that my dad used to make when we were kids. Dad's 'fancier' version would include oysters, but there were never any nuts, berries, sausage, or the like: just your standard packaged dressing (seasoned dried cubed white bread), blended with chopped celery and onion that had been sautéed in a generous amount of butter, salt, pepper, chicken broth and a beaten egg.

I left out the oysters in my version and, instead of using the prepackaged dressing mix, which also works fine here, I used two loaves of Italian-style sandwich bread that I had cubed and left out to dry overnight (for faster results, you can also toast them in the oven until lightly toasted). Of course there was the onion and celery sautéed in butter, chicken stock and egg, but I also I added sage pork sausage, some cranberries, and liberal amounts of chopped fresh parsley, sage, rosemary and thyme (I know, that was corny of me...) from the garden, along with some poultry seasoning. The verdict? Simpler is better!

1. Place the cubed bread in a single layer onto a baking sheet.

2. You can leave the bread cubes out overnight (and up to 3-5 days) to dry out. OR, to speed up the process, you can bake them in the oven: Preheat oven to 225F; bake the bread cubes on the baking sheets for about 30 minutes or until the bread is dried but not browned. Remove from heat and let cool.

3. Heat 2 tbsp. olive oil in a large skillet over medium heat. Add the sausage and break up with a potato masher or spatula.

4. When the sausage is mostly cooked through, add the butter and stir to melt. Add chopped onions, garlic and celery and sauté, stirring frequently, until wilted. Add the cranberries, chopped fresh herbs, salt, poultry seasoning, pepper and the chicken broth. Bring up to a simmer, turn off heat, then add the bread cubes; stir gently to combine.

5. Gently stir in the beaten eggs.

6. Preheat oven to 350F. Scoop the stuffing into a large casserole or baking dish and sprinkle the top with a couple tablespoons of unsalted chicken or turkey broth; cover with foil and bake for 40-45 minutes. 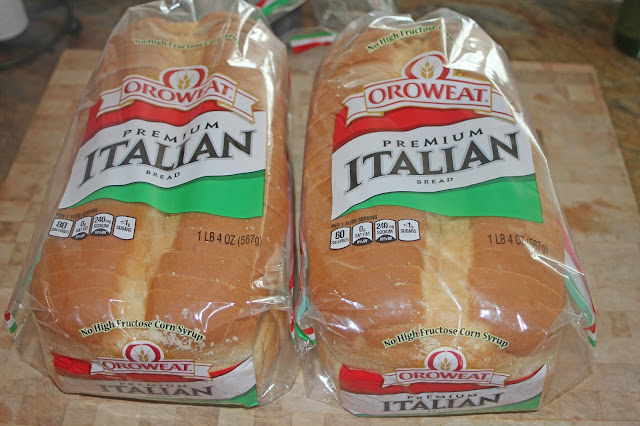 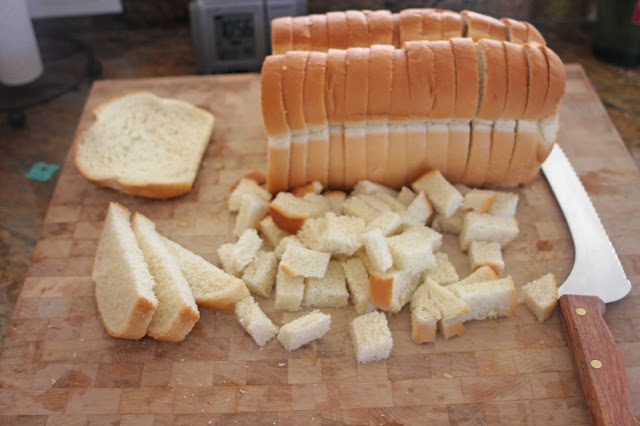 Cut the bread into 1" cubes (best to use a serrated/bread knife to do this, otherwise the bread may get smushed). 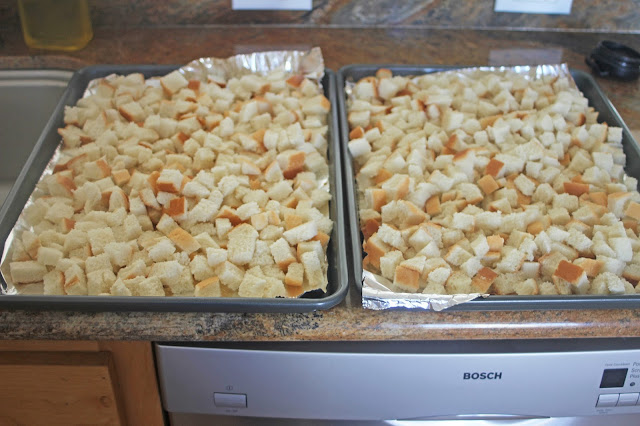 Spread bread cubes in a single layer on a baking sheet (I've doubled the portion here).You can leave them out to dry overnight (tossing occasionally) or, if short on time, bake in at 225F for 30 minutes or until lightly toasted. 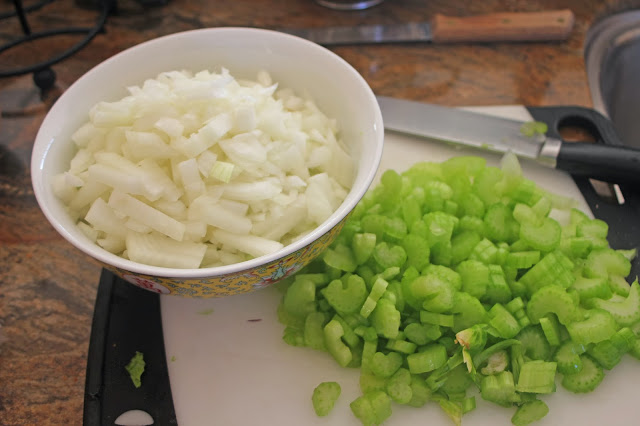 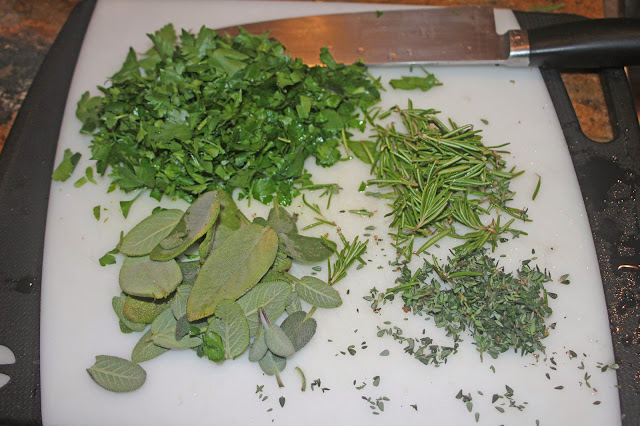 Fresh herbs from the garden: sage, parsley, rosemary and thyme. 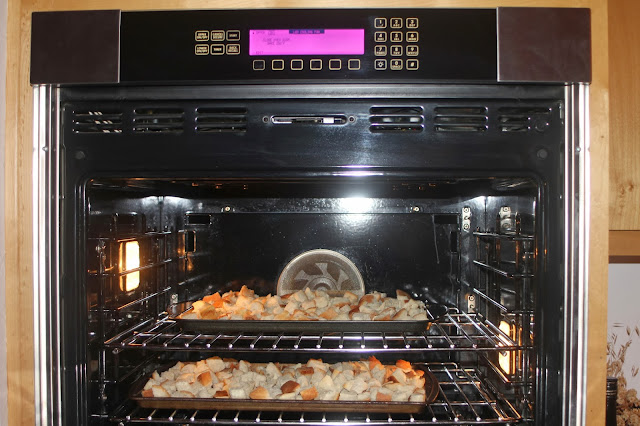 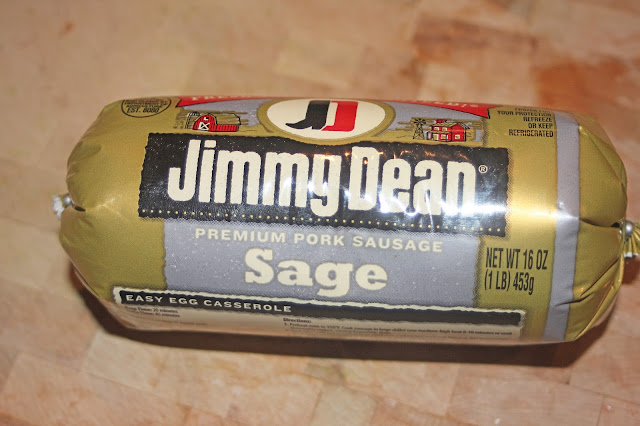 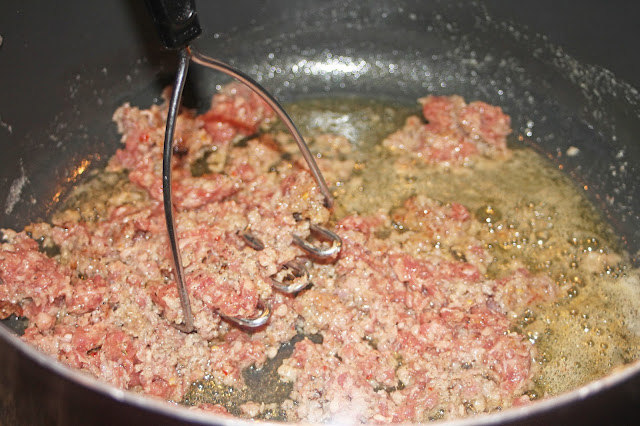 Heat 2 tbsp. olive oil in a large pan. Add the sausage and break up well with a potato masher or spatula. 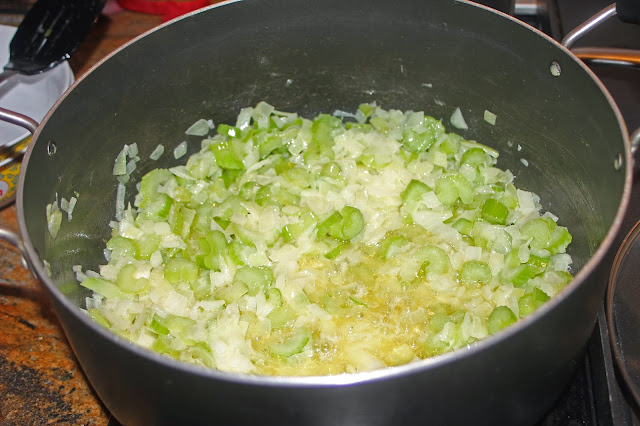 Add the butter to the cooked sausage, stir to melt, then add the onions, garlic and celery; cook until the veggies have softened. 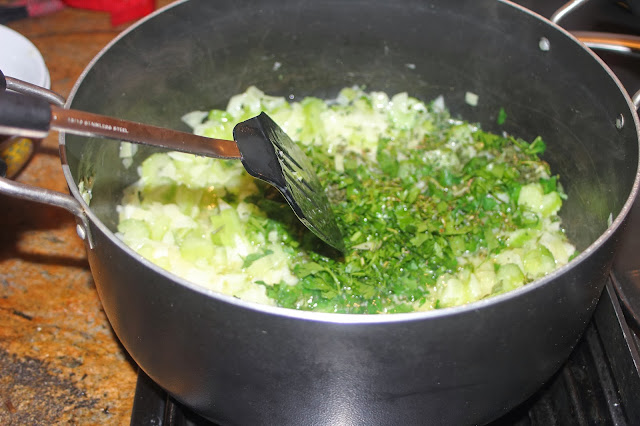 Add the cranberries, chopped fresh herbs and seasonings. Stir in the chicken broth, bring to a simmer, then turn off the heat. 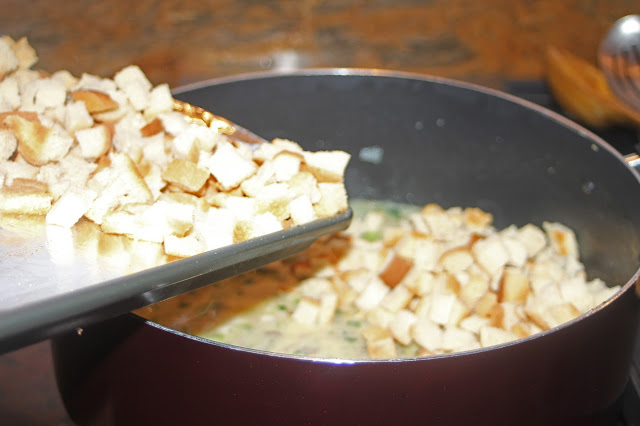 Add the bread cubes and toss briefly to coat. 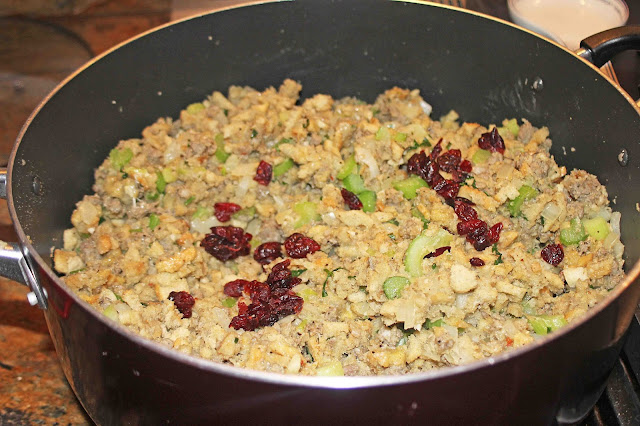 Stir in the dried cranberries. 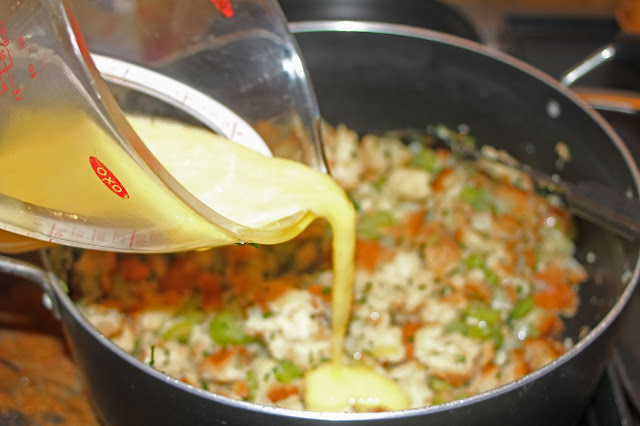 Add the beaten eggs to the bread-sausage-veggie mix. Stir until just combined. 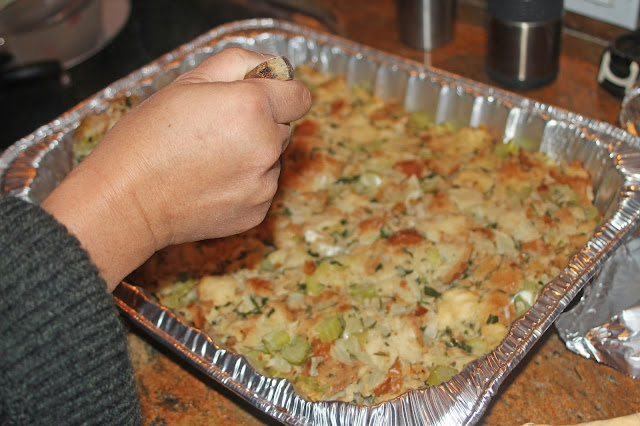 Here's Gil, my Sous Chef, placing the dressing into a baking dish. 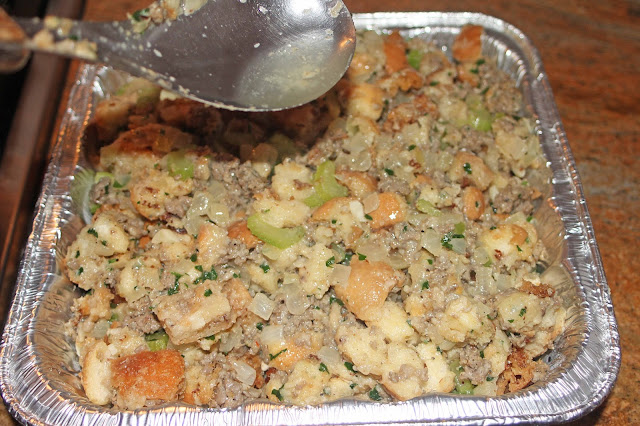 Posted by camissonia at 9:05 PM