For years I've been obsessed with the idea of cooking up and hosting a grand Chinese New Year banquet in the tradition of those 10+ course feasts that my grandparents used to make for the occasion back in Taiwan. Both my grandpa (Ah-Kung) and grandma (Ah-Ma) were fabulous home cooks, so emulating their dishes has always been a totally daunting task. Their main courses always included steamed whole fish with scallions, ginger and garlic, sautéed jumbo prawns in a sweet and sour sauce, sea cucumber (not my fav but considered a delicacy), sautéed mustard greens or other veggies with dried scallops, tea-smoked pomfret with a light mayonnaise dipping sauce, and an assortment of cold appetizers including sliced Chinese ham, sliced abalone or top shell, snails in a sweet soy glaze, drunken chicken, jellyfish salad, and thousand year-old eggs (Pidan). There were other dishes, of course, but I'll have to confer with my mom and sis for a more complete compilation. Anyhoo, during a recent bout of obsessive Googling for Chinese banquet appetizers, I found a reference to Shrimp Salad in Mustard Mayonnaise http://redcook.net/2008/02/11/chinese-new-year-banquet/ in blog called Red Cook: Adventures from a Chinese Home Kitchens that looked particularly scrumptious. The recipe is apparently Cantonese in origin and part of the appetizer assortment made by the author for his Chinese New Year banquet. However, he didn't post a recipe and I couldn't find anything like it on the web. Not to be deterred though, I used Red Cook's brief description of the ingredients (shrimp, mayonnaise, Chinese mustard, and sesame oil) as the basis for coming up with my own version, and here it is. It's ridiculously easy to make and really, really good, if I say so myself. I'm adding it to my appetizer list for my dream Chinese New Year banquet, hopefully to be realized sooner rather than later. 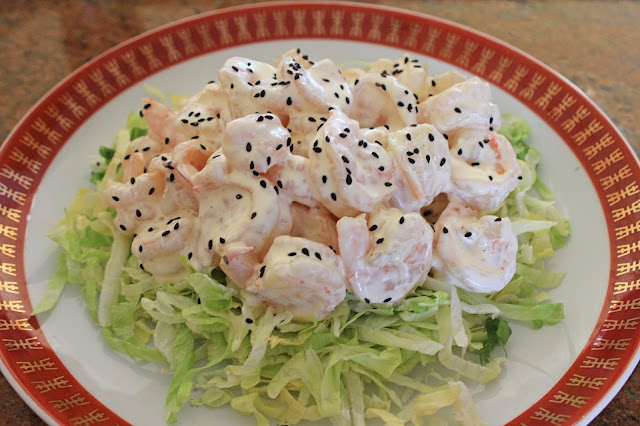 1. Combine all the dressing ingredients together in a bowl, stir well, cover and refrigerate until ready to use.

2. Bring a medium pot of water to a boil then add the shrimp; simmer for a few minutes or until the shrimp just turn pink (do NOT overcook). Immediately remove the shrimp with a slotted spoon to an ice bath (large bowl of cold water with ice cubes) to stop the cooking.

3. Pour the shrimp and iced water through a colander, shaking out as much water as possible and removing any ice cubes from the shrimp; pour the shrimp into a medium bowl.

4. Toss the shrimp with the dressing, plate on a bed of shredded lettuce and serve; if not serving right away, cover and refrigerate.

5. Before serving, sprinkle the top of the shrimp with black sesame seeds. Garnish with lemon wedges on the side, if desired. 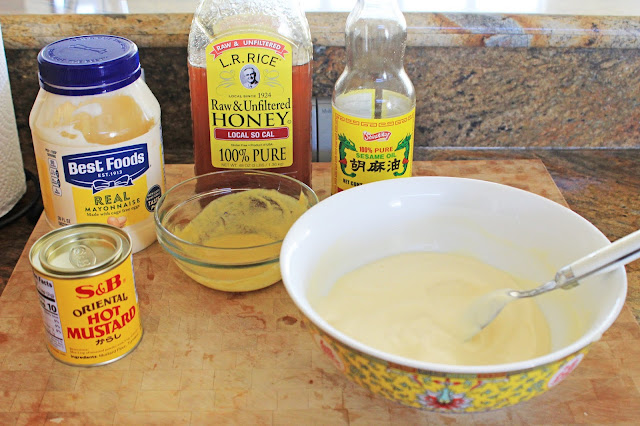 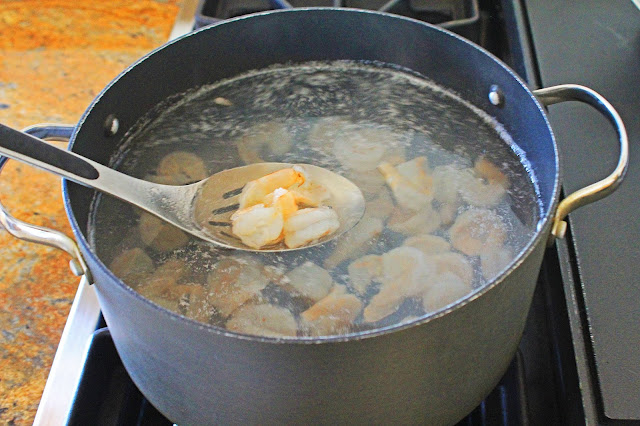 Poach the shrimp briefly until they just turn pink. 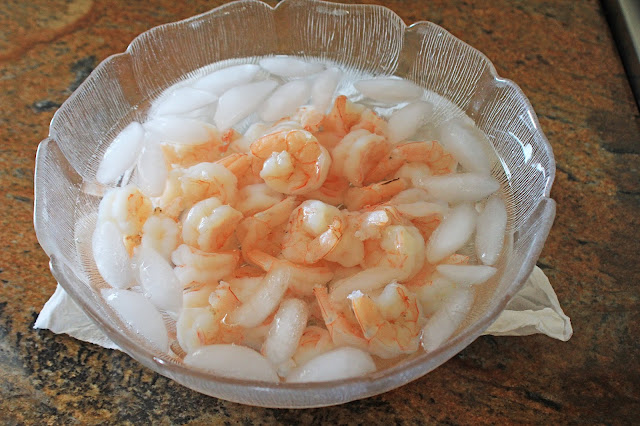 Remove the shrimp to an ice bath to stop the cooking. 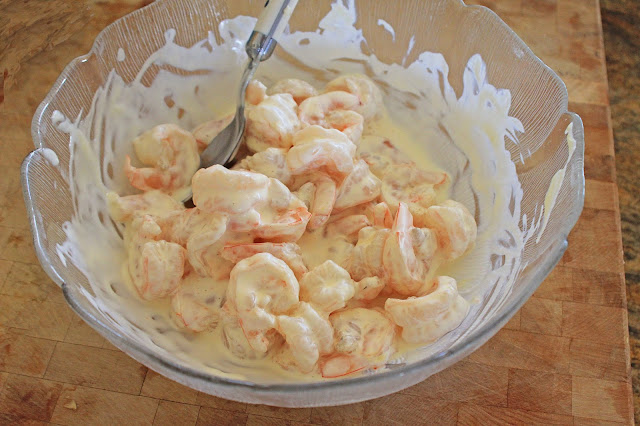 Toss the shrimp with the dressing. 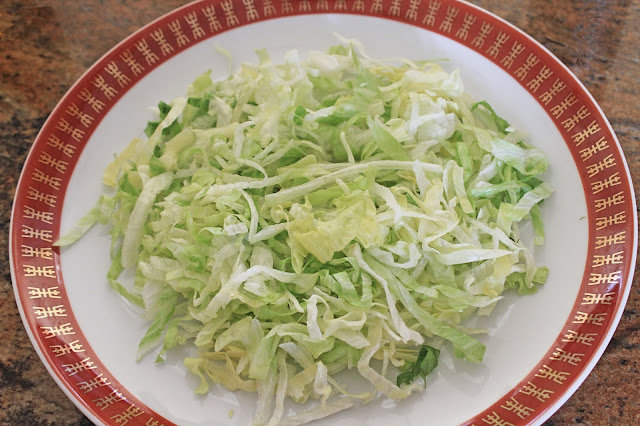 To serve: line a plate with shredded lettuce. 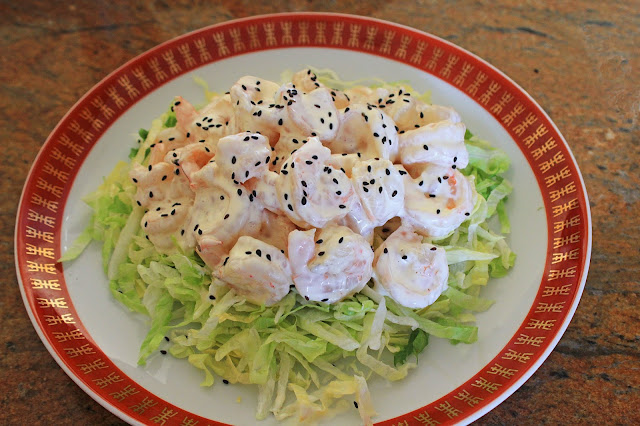 Plate the shrimp on top of the lettuce and sprinkle with black sesame seeds. 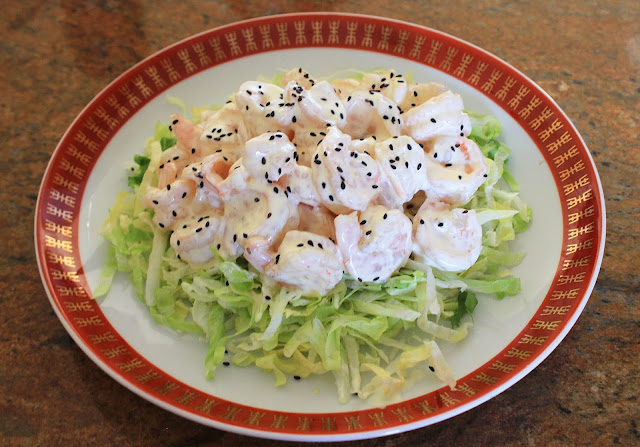