Whilst (sounds better than while) shopping for hot pot ingredients at the 99 Ranch Market for Christmas lunch at my sister's, I came across these frozen fish balls that looked like my favorite kind that my mom used to cook all the time in Taiwan (aka, the ones with seasoned ground pork filling). So I grabbed the last two packages of these so-dubbed "Fish Ball (Fuchou Style)," dreaming of making these puppies with a sprinkling of fried shallots & diced Chinese celery one of these cold (at least by Southern California standards) winter nights. And one of these days turned out to be the day after Christmas. 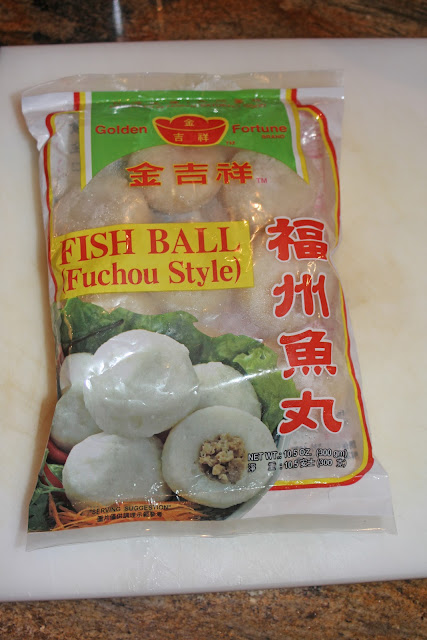 Having no recipe to follow, I decided to wing it by cooking the fish balls in a standard chicken soup base, with fried shallots, sesame oil, white pepper, scallions, and cilantro, and then garnishing with chopped Chinese celery just before serving. It turned out quite well, except for a couple of minor glitches: I didn't have Chinese celery on hand, which has much thinner stalks than the regular supermarket variety (which I ended up using), and I discovered after biting into one of the fish balls that the stuffing was "faux" meat (i.e., vegetarian, consisting primarily of shrooms & bamboo) and not the real deal. But, no matter. I'll probably just have to figure out how to make my own ground pork-stuffed fish balls one of these days! Btw, Gil thought this soup tasted even better the next day...


3. Add half of chopped celery to the soup mixture and cook about 2 minutes.


4. To serve: add the remaining chopped celery, scallions, cilantro, and dash of sesame oil to the soup and serve hot. 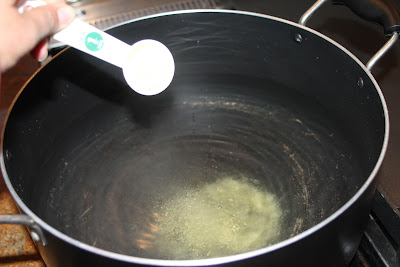 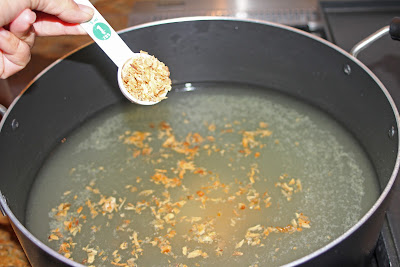 Along with 4 tbsp. of fried shallots... 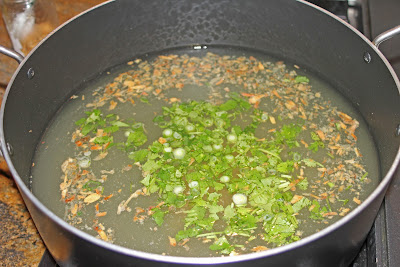 Then don't forget the chopped single scallion & 1/4 cup chopped cilantro...bring to a boil, then lower heat and simmer for 20-30 minutes. 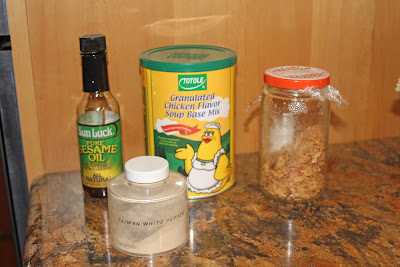 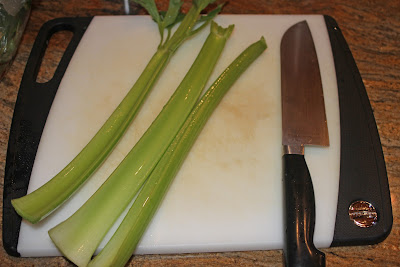 Here's the hunky, chunky regular supermarket variety of celery. Ok to use if you don't have the thinner-stalked Chinese celery on hand. Just cut the ribs lengthwise into 3 or 4 sections, and then chop, chop, chop! 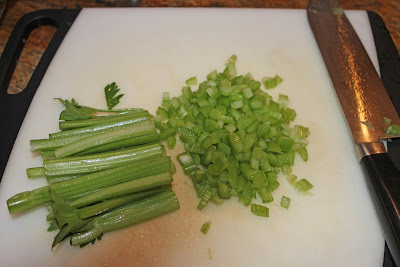 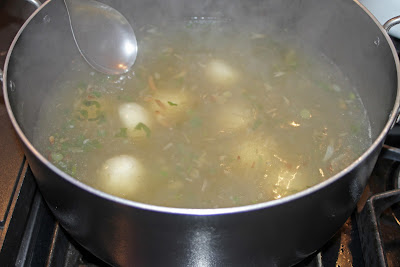 Add fish balls to the soup and cook an additional 15-20 minutes. 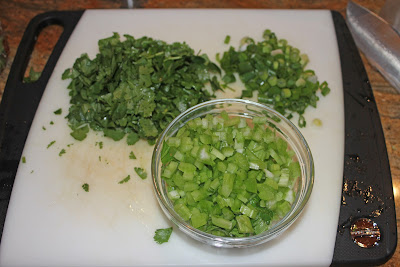 Garnish for the soup: chopped celery and additional scallions & cilantro. 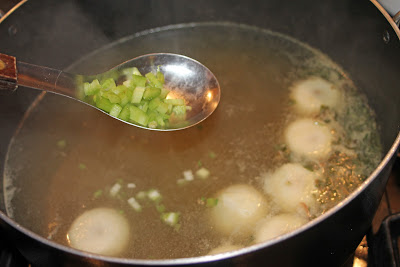 Add half of the celery to the soup and cook about 2 minutes. 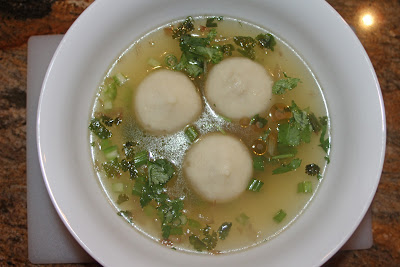 This soup will taste even better the next day.
Posted by camissonia at 8:02 PM