I read somewhere that Mongolian BBQ did not actually originate in Mongolia, but was invented and popularized in Taiwan back in the 1970s. I can certainly believe that - back in the day, dining out at the Mongolian BBQ was a real treat for my family. In fact, hands down, the best Mongolian BBQ I've ever had was at our fav restaurant in Tienmu (a suburb of Taipei). I wonder if it's still around after all these years...

The methodology for Mongolian BBQ involves the diner choosing from a variety of sliced meats (usually beef, chicken, pork and lamb), vegetables (sliced carrots, bell peppers, onions, chopped cilantro, scallions, bean sprouts, cabbage etc.), diced pineapple, and assorted condiments & sauces (soy, rice wine, ginger/garlic juice, sesame oil, chili oil, etc.), placing everything in a bowl, and then handing it over to one of several cooks around a very large circular iron griddle. The cook then very quickly cooks all the ingredients together, deftly scoops them back into your bowl, and voila! Dinner is served. You can eat the dish as is, or with white rice and/or these sesame buns that are kind of like a Chinese verison of Pita bread (you just break them open and fill the pockets with the veggie-meat mixture).


For the home cook, having access to a humungous griddle is generally not an option (certainly not in my case). So, here's a version, which incorporates all of my fav ingredients and is cooked in a wok instead.

1. Place sliced meats in a bowl and marinate with 1 tbsp. sesame oil, 1 tbsp. rice wine, 3 tbsp. soy sauce, and about 1-2 tsp. each of the minced garlic, ginger, cilantro & scallion. Cover & refrigerate for at least 30 minutes.

2. Heat 1 tbsp. vegetable oil in a wok over high heat and saute sliced onion for about 1 minute until wilted. Add remaining garlic, ginger, and scallion & cook for several seconds to release flavors. Next, add marinated meat and saute 3-4 minutes or until almost cooked through. 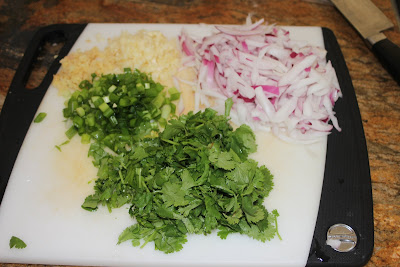 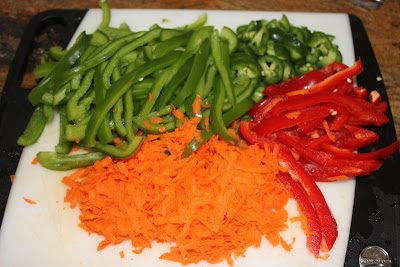 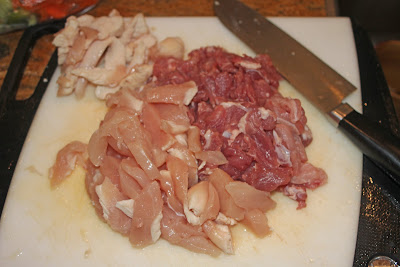 Sliced chicken & pork loin. Feel free to substitute or add other meats like beef or lamb. 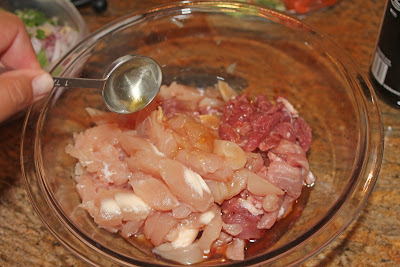 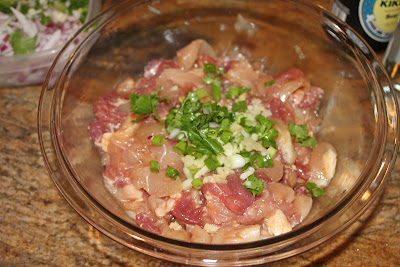 Add a pinch (1-2 tsp.) each of the chopped garlic, cilantro, ginger & scallion. Marinate for at least 30 minutes in the frig. 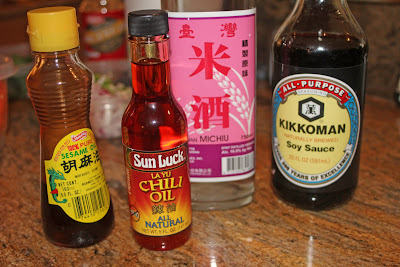 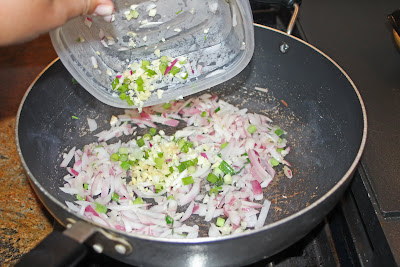 Saute red onion, then garlic, ginger & scallion over high heat in about 1 tbsp. of vegetable oil. 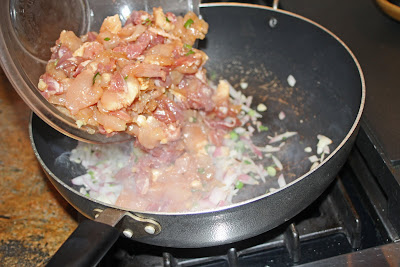 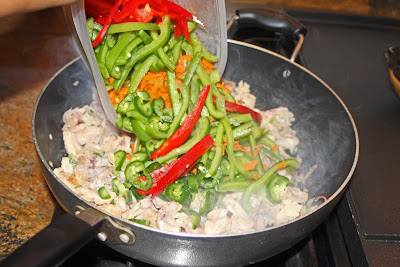 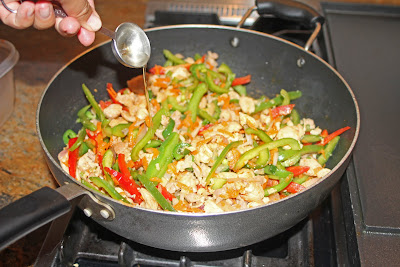 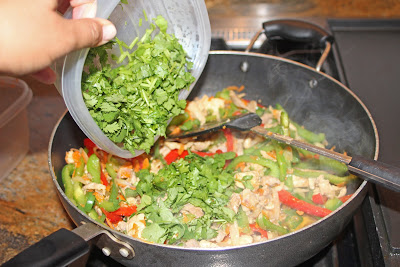 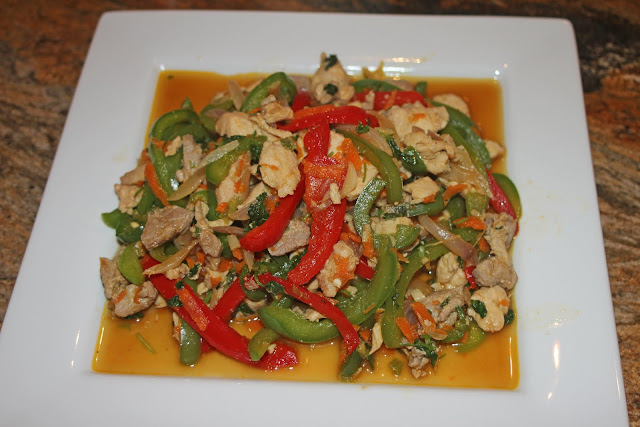 Posted by camissonia at 4:36 PM