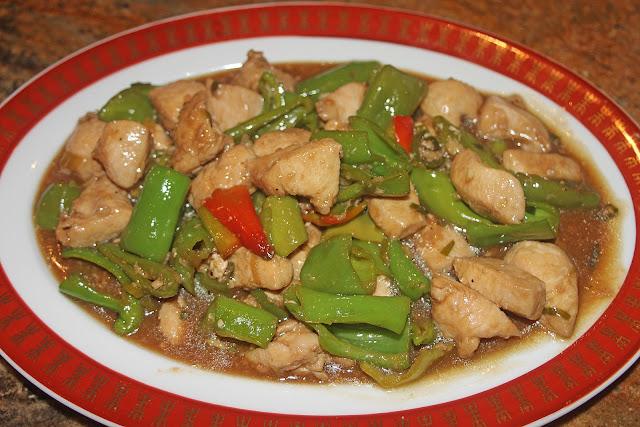 My maternal Grandpa (Ah-kung) used to make this dish to perfection. I can't quite replicate it, but here's my best rendition. Ah-kung was originally from Fujian province in China, and tended to use a liberal amount of vinegar, soy and sugar in his cuisine (spice was not part of the regimen). I have such fond memories of his perpetually happy countenance and super cool laid back personality. I miss him dearly.

4. Heat 1/4 cup of vegetable oil in a wok over high heat. Add marinated chicken & saute until just cooked through. Remove to a bowl & set aside.

5. In the same pan, saute bell peppers, chiles, garlic, ginger and scallions for 2-3 minutes or until fragrant. Add chicken back to the pan, toss to combine, then stir in sauce. Bring to a boil until sauce is thickened. Garnish with chopped fresh cilantro. 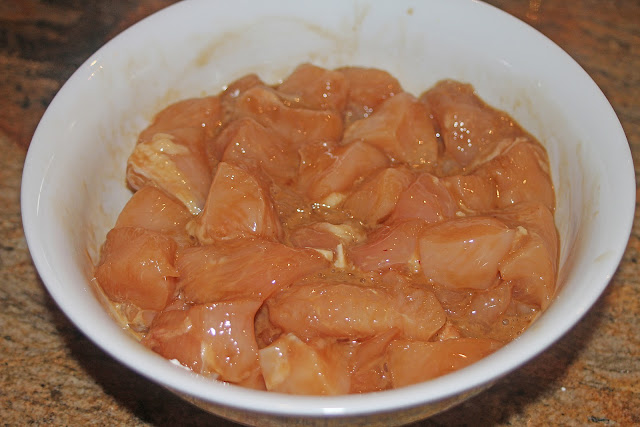 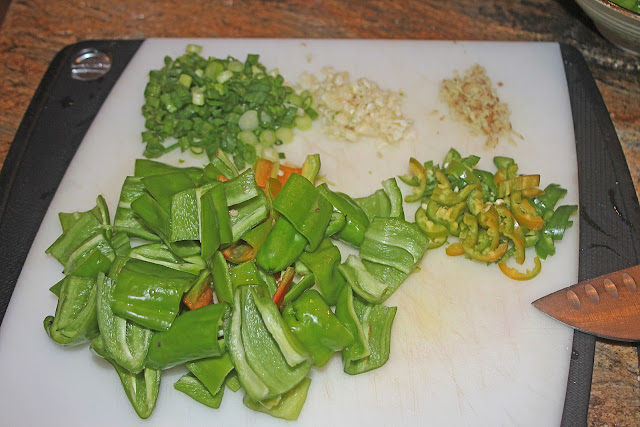 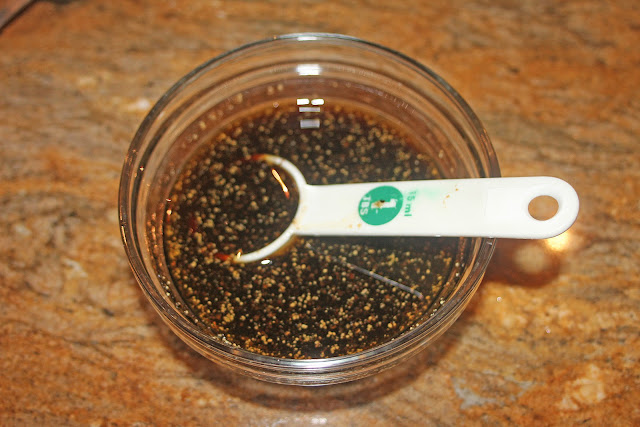 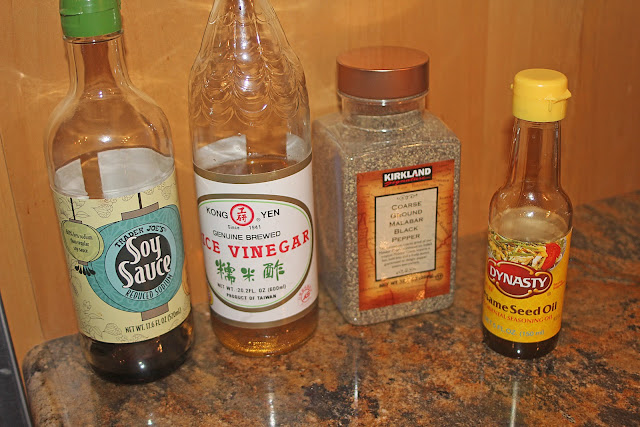 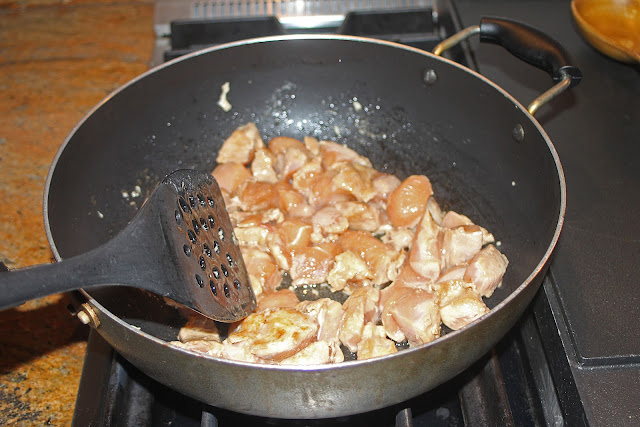 Saute marinated chicken over high heat in 1/4 cup of oil. Remove & set aside. 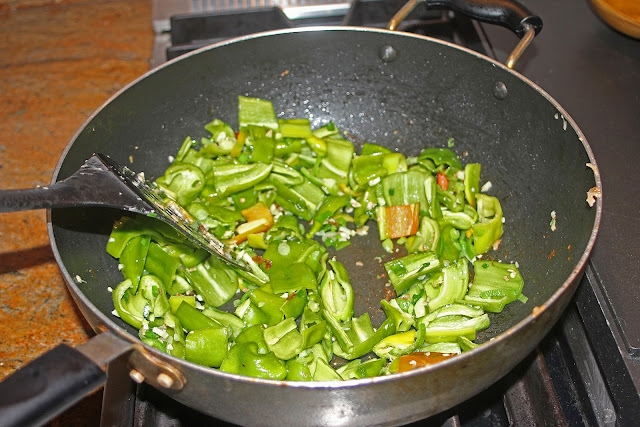 In same pan, saute bell peppers, chiles, garlic, scallions and ginger for 2-3 minutes or until fragrant. 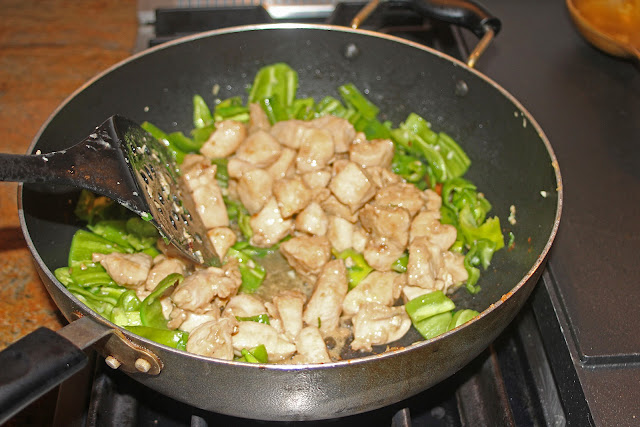 Add chicken back to the pan; stir to combine. 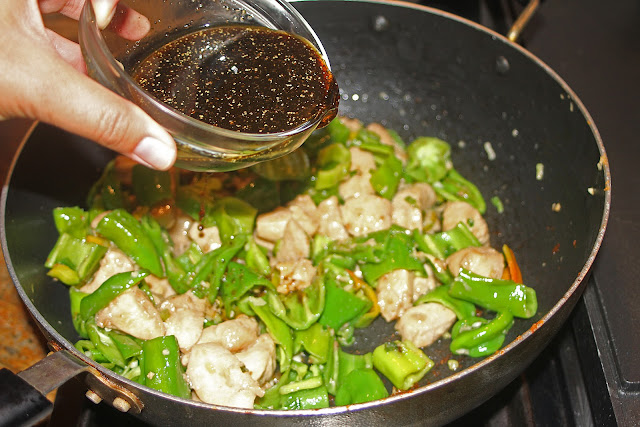 Add the sauce; bring to a boil & stir until sauce is thickened. 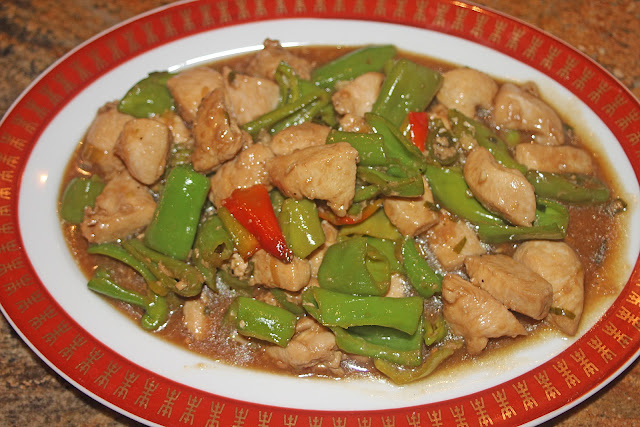