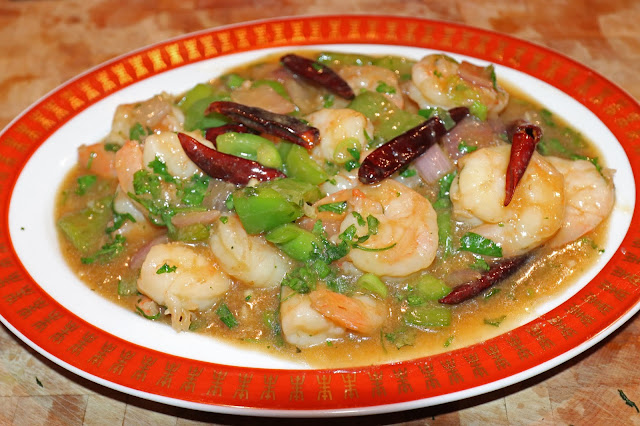 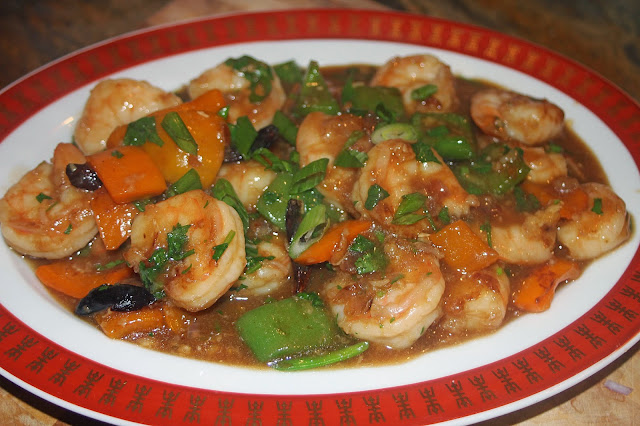 *Prep the shrimp to make them "bouncy" before cooking:
http://thegrubfiles.blogspot.com/2015/01/how-to-make-your-shrimp-bouncy-by-bee.html

1. Combine all the sauce ingredients together in a bowl or measuring cup. Set aside.

2. Heat 3 tbsp. vegetable oil over high heat in a large saute pan or wok. Add the shrimp and saute for 30 seconds or until the shrimp just start to turn pink. Sprinkle the sides of the pan with a scant 1 tsp. soy sauce (for "wok hay"), toss the shrimp and remove to a plate; set aside.

3. Add 1-2 tbsp. oil to the same pan and heat over medium high heat. Add the dried chiles and stir frequently, about 30 seconds, or until they just start to brown. Add the chopped garlic and onion and cook until translucent. Add the bell peppers and saute for 1-2 minutes until just crisp tender.

4. Add the par-cooked shrimp back to the pan and saute until they've just cooked through (don't overcook).

5. Add the sauce ingredients, bring to a boil. Add the cornstarch slurry and cook until the sauce has thickened (1-2 minutes). Stir in scallions and cilantro.

6. Plate and garnish with extra scallions and cilantro. Serve with steamed white rice. 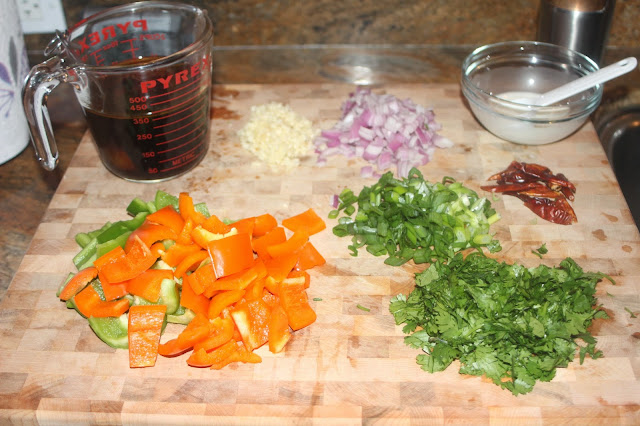 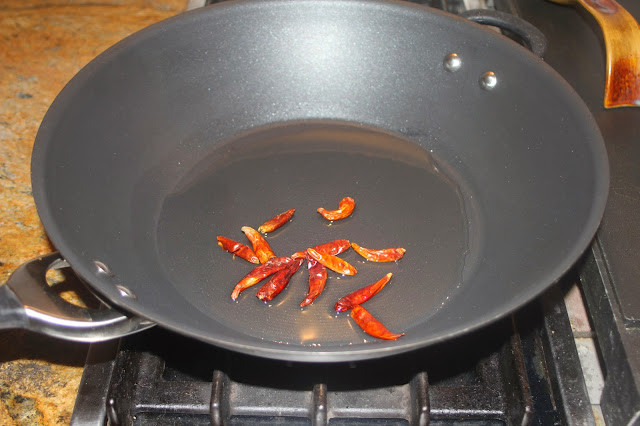 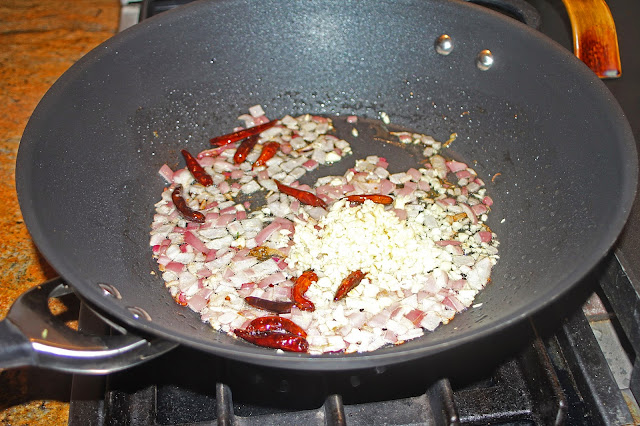 Add the onion and garlic. 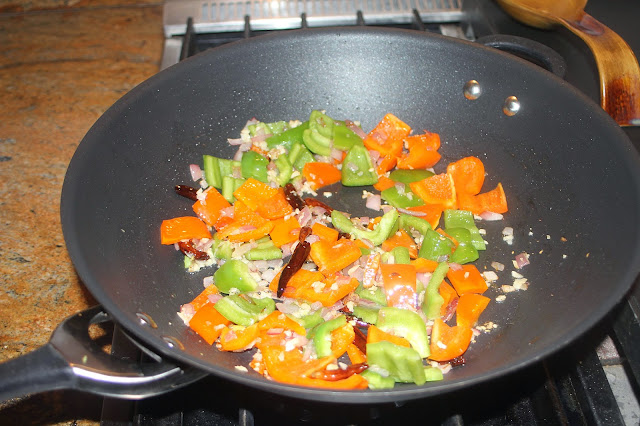 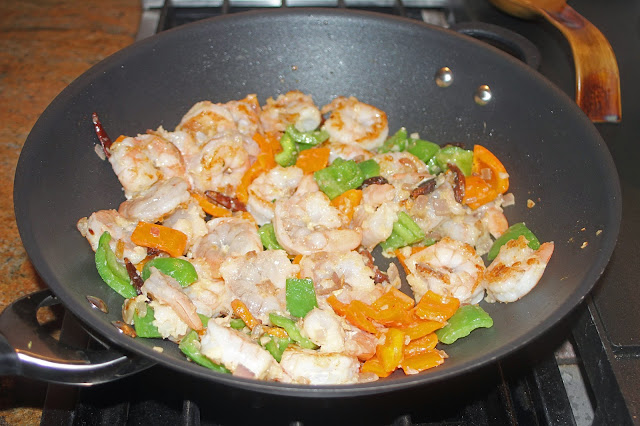 Add the par-cooked shrimp back to the pan and saute until they're just cooked through. 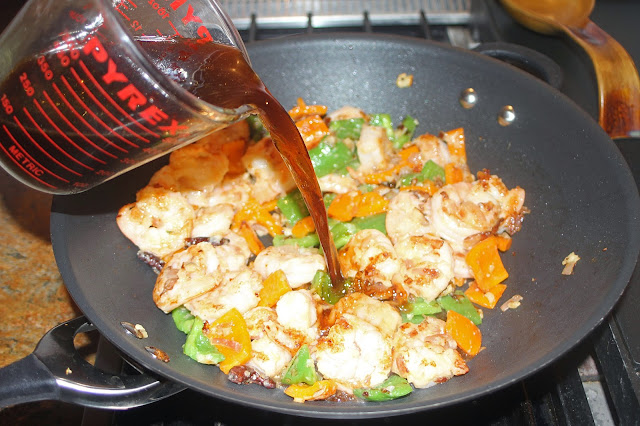 Add the sauce and bring to a boil. 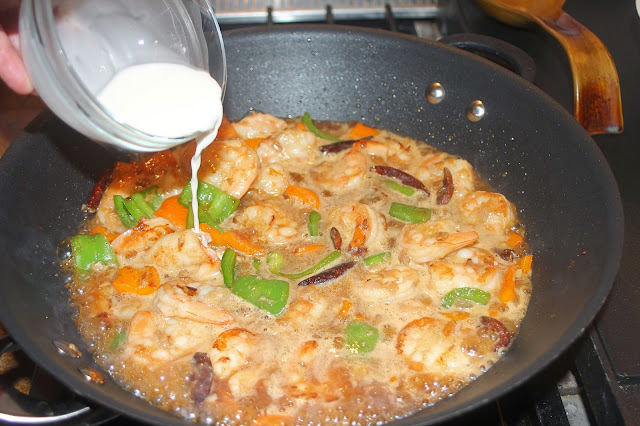 Add the cornstarch slurry and bring to a boil. Cook briefly until the sauce has thickened. 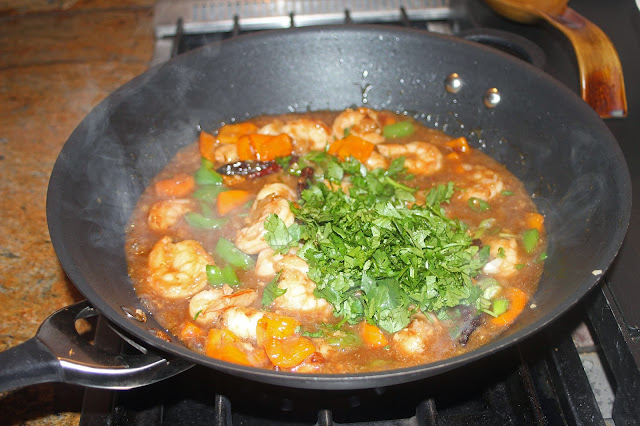 Add the scallions and cilantro. 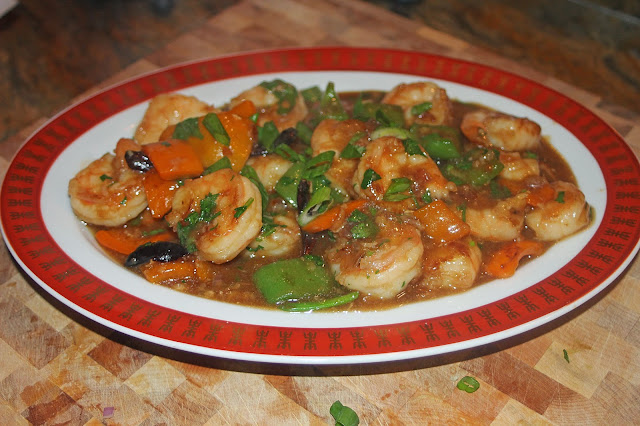 Plate and garnish with additional cilantro and scallions. Serve with steamed white rice.
Posted by camissonia (Arleen) at 9:25 PM