Let me cut to the chase. This Northern Chinese, quintessential street food is pure deliciousness wrapped in a roll: slices of slow-simmered 5-spiced beef with fresh greens (typically just cilantro, although I add lettuce, scallions, and jalapeños in my version) on crispy-flaky thin scallion pancakes brushed with sweet bean/hoisin sauce and wrapped "enchilada" style. Since I have this recalcitrant predilection to rate difficulty of prep with the deliciousness factor in every new culinary endeavor of mine, I was very wary, indeed, terrified, of even giving this one a shot. Turned out that, other than the long list of ingredients and prep & cooking time for the beef, this is not a hard recipe to make at all and the end result was, well, simply awesome! 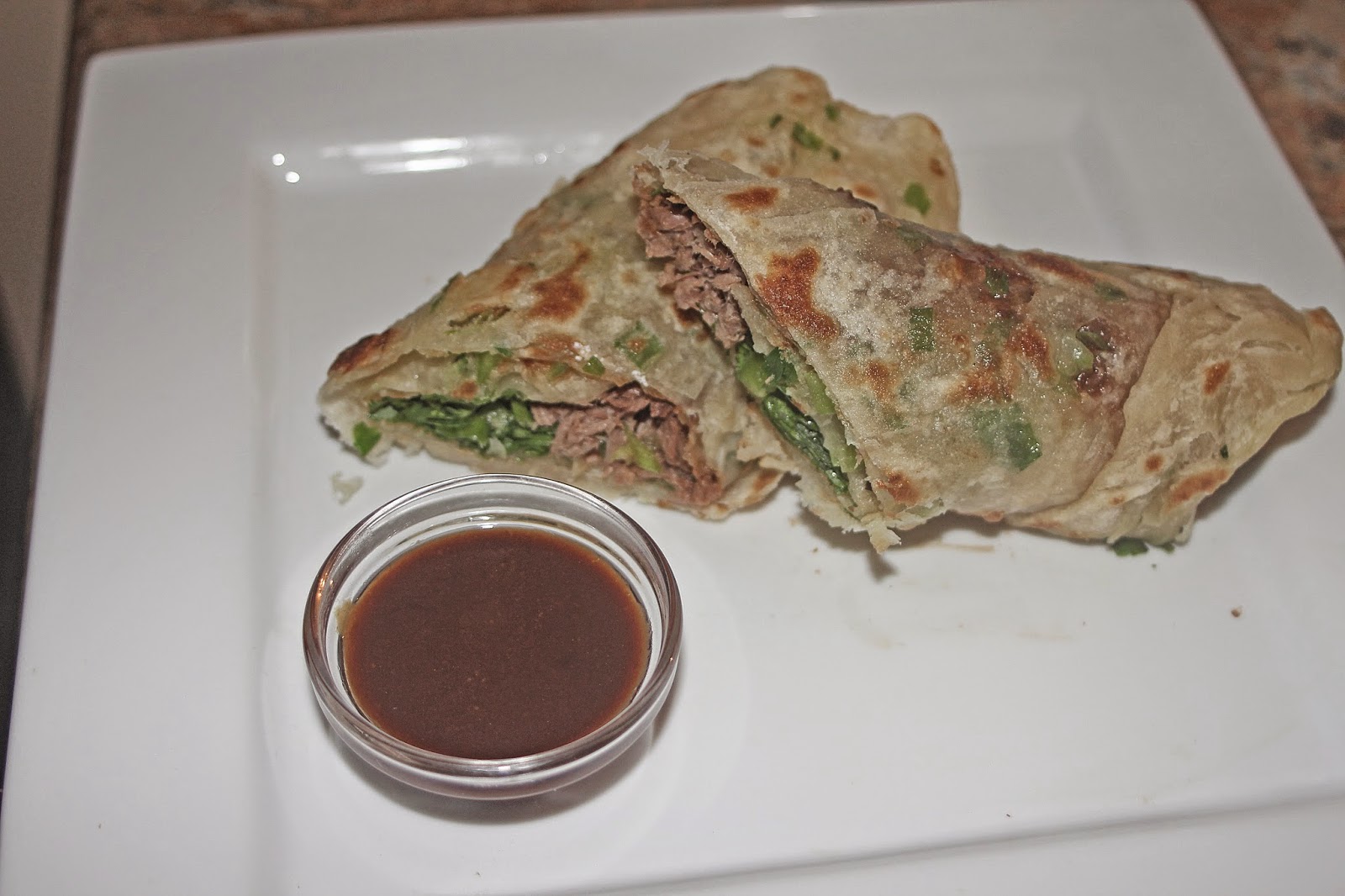 2. Add 8 cups of water, 1 cups of soy sauce, 1/2 cup rice wine and 1 tsp. of white pepper. Bring to a boil, reduce heat and simmer for 20-30 minutes. At this point, you can place everything into a slow cooker and cook for 12 hours on high overnight, OR, keep it simmering on the stovetop, partially covered, for at least 4 hours or until the meat is very tender.

3. Remove the meat to a chopping board. If using beef chuck, coarsely chop/shred. Place the meat into a bowl or container and cover with the stewing liquid. Mix in a handful of fresh, chopped cilantro and a drizzle of sesame oil. Set aside. If using beef shank, thinly slice the meat, place into a container and ladle on some of the stewing liquid to keep the meat moist. Toss in a handful of cilantro and drizzle with a bit of sesame oil. Cover and set aside.

NOTE: Any leftover beef can be placed into a Ziploc bag or container and frozen for later use.

For the Sauce:
Make the dipping sauce by combining all the sauce ingredients into a small bowl. Cover and set aside.

How to Assemble:
1. Smear about 2 tsp. of the sweet bean/Hoisin sauce down the center of the scallion pancake.

2. Add a generous helping of the beef over the sauce.

3. Top the beef with fresh cilantro, scallions, jalapeños and lettuce.

4. Roll the scallion pancake over the beef in the same manner as you would if making an enchilada.

5. Slice the scallion pancake roll into 2 or 4 slices, plate, and serve with extra sauce on the side. 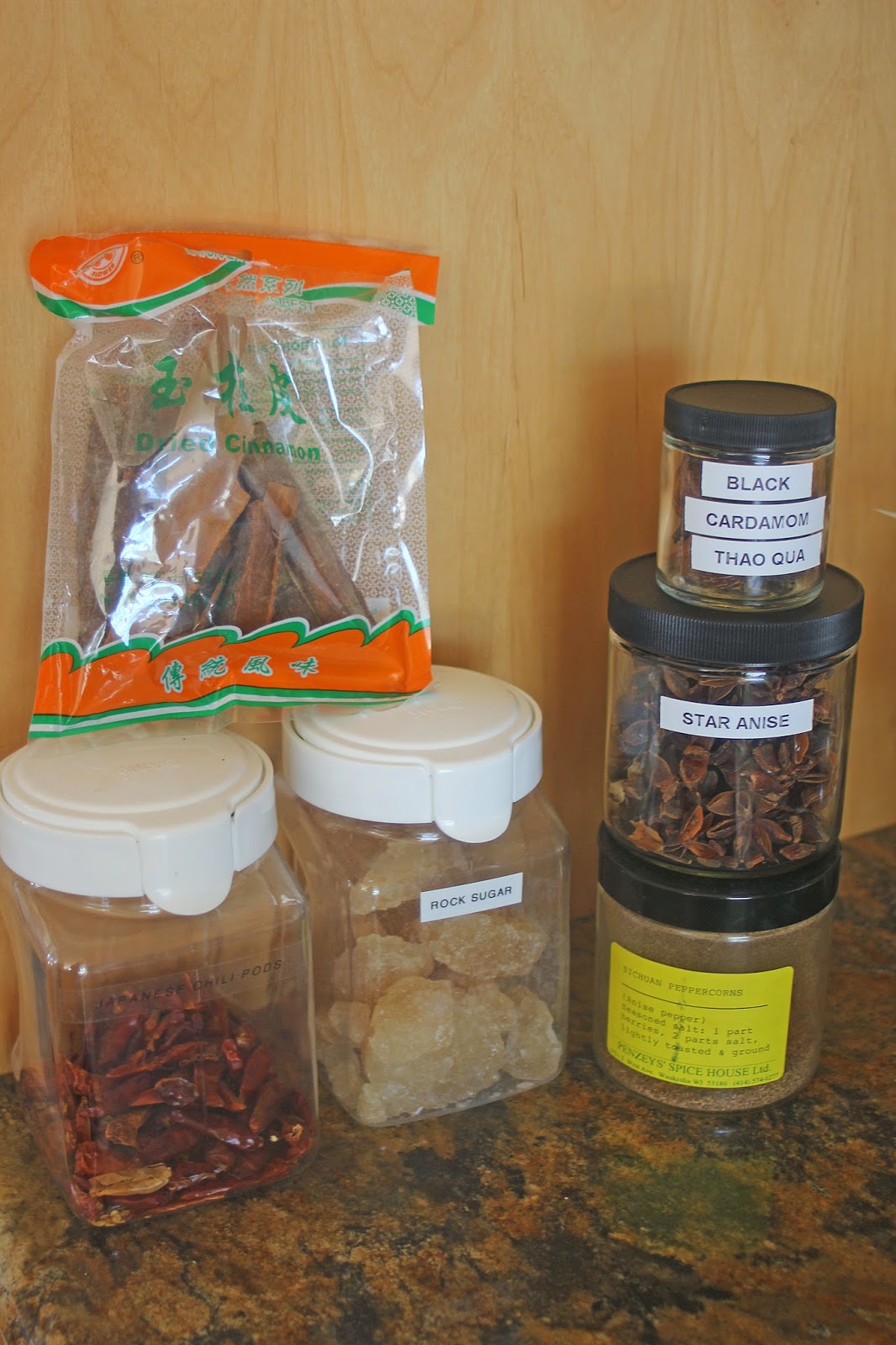 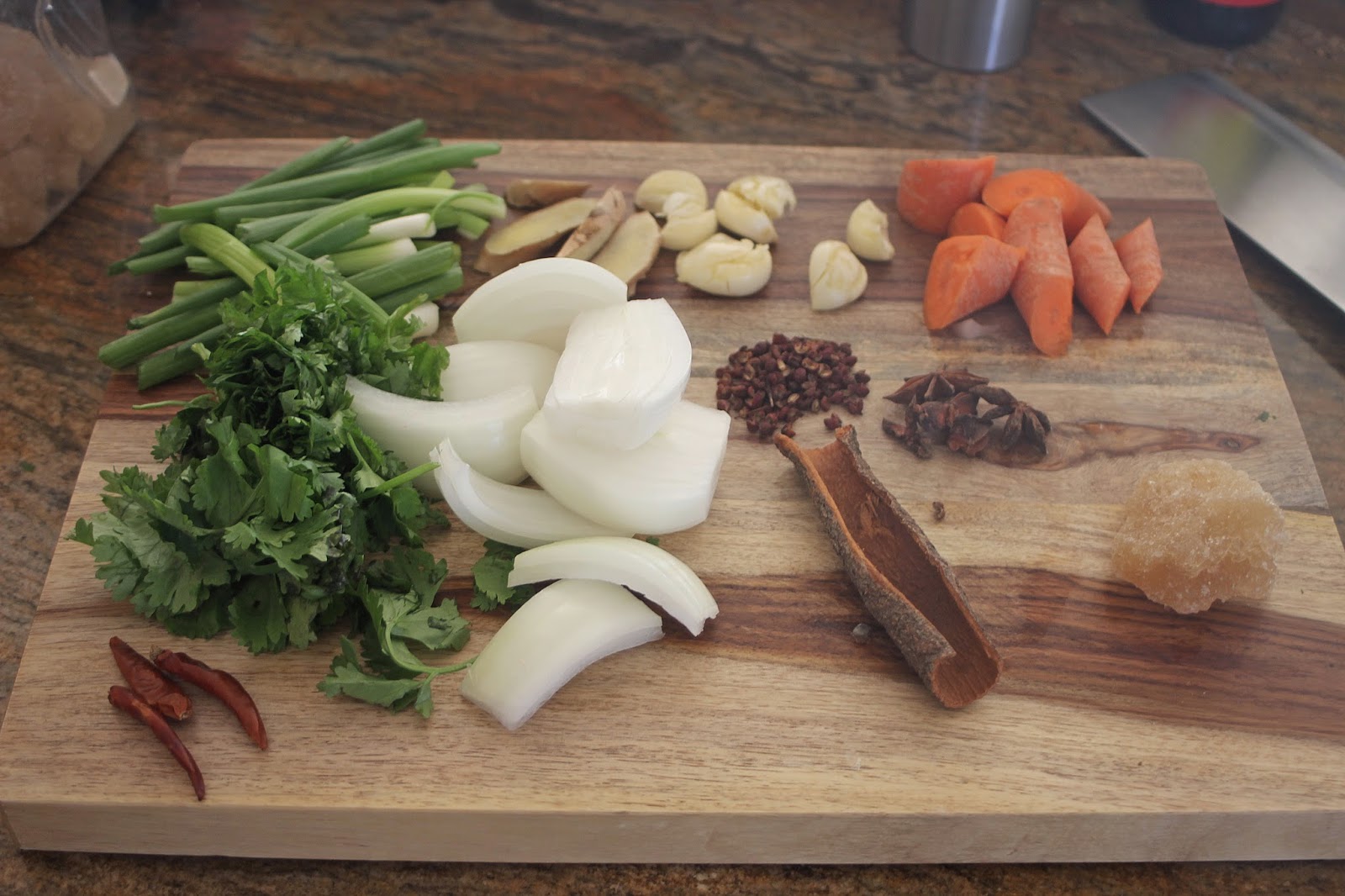 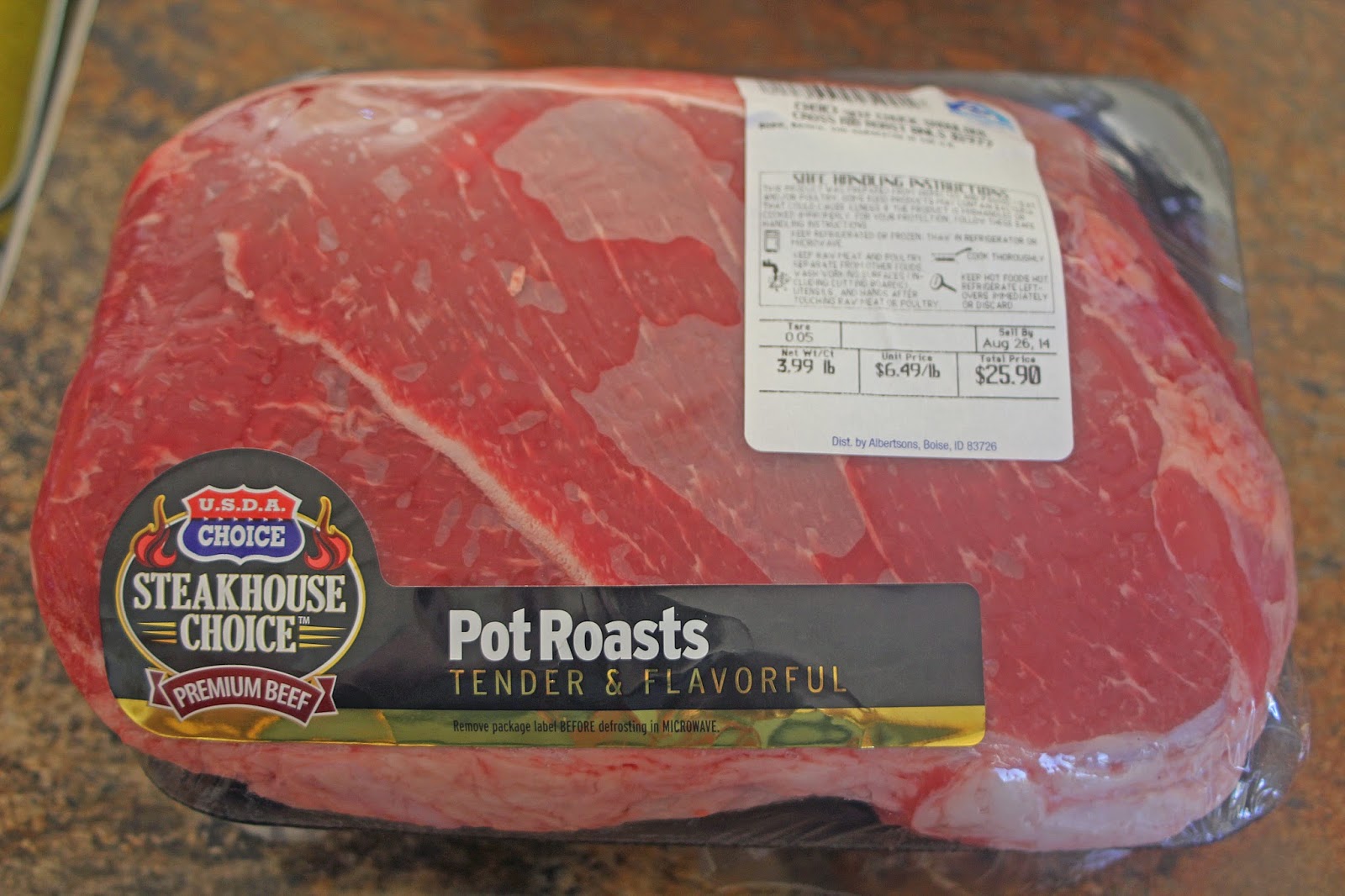 Beef chuck is a good substitute for beef shank, which is not as readily available in our local supermarkets. 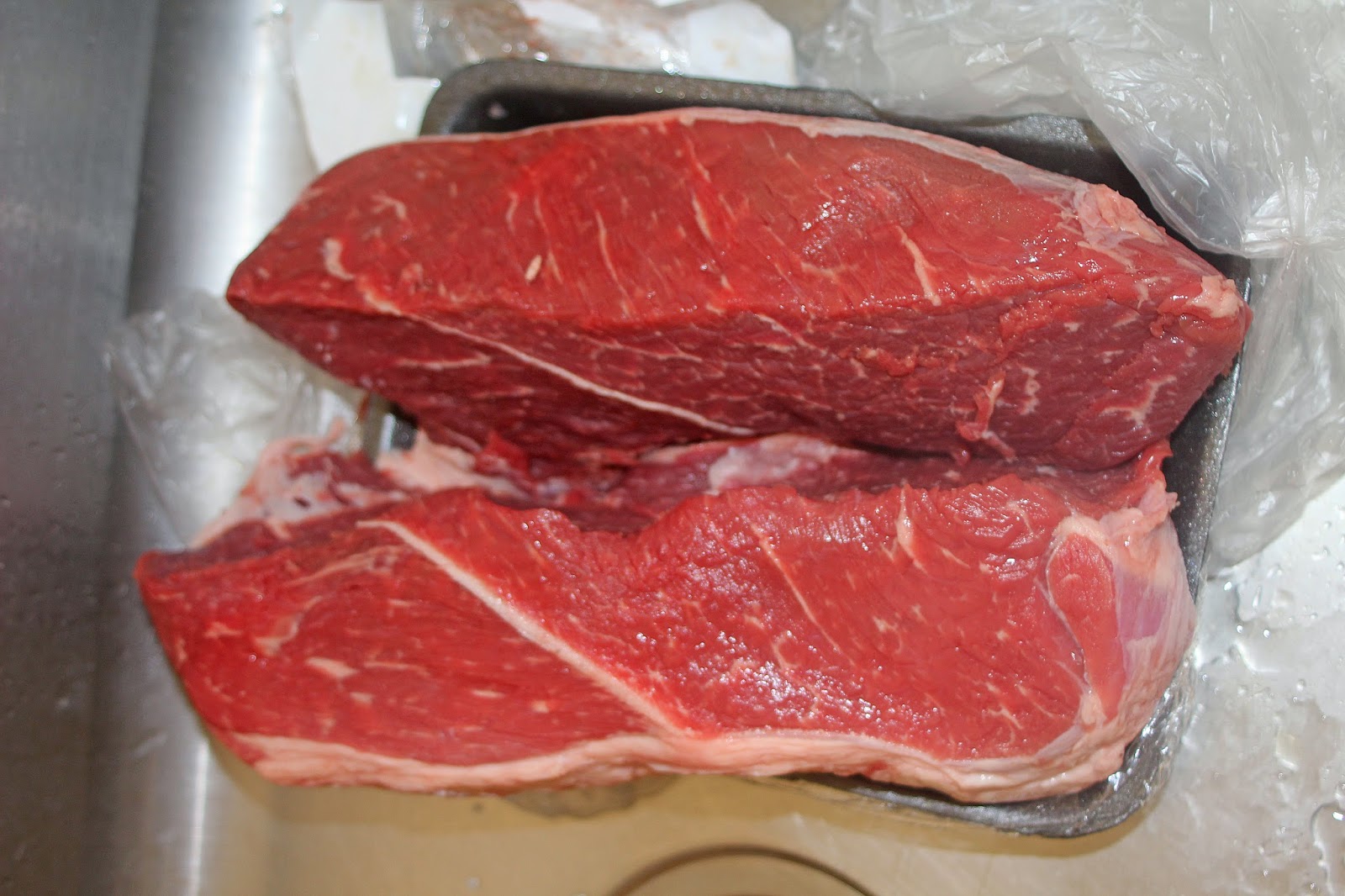 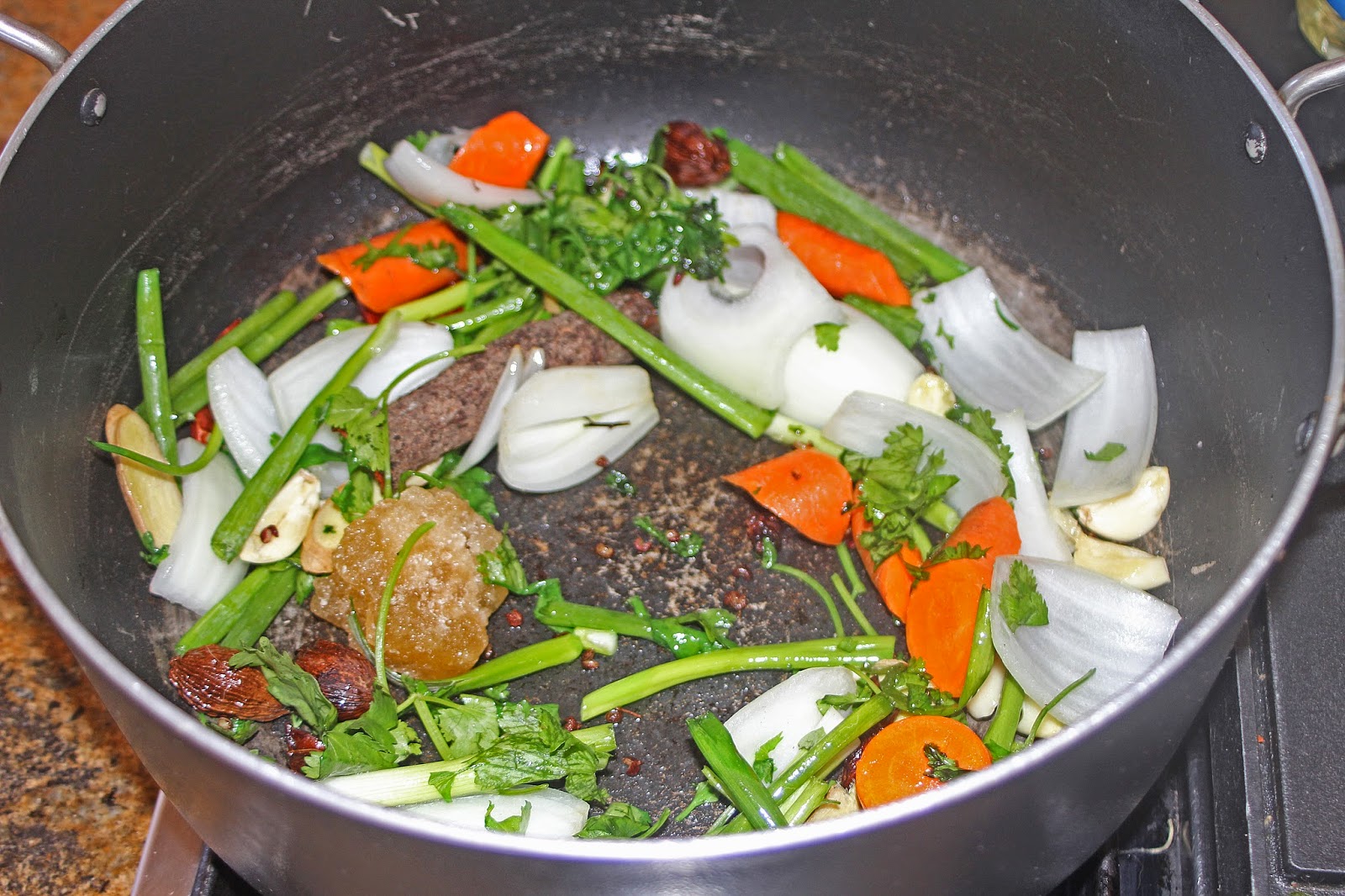 Saute the aromatics, rock sugar, and greens for the beef. 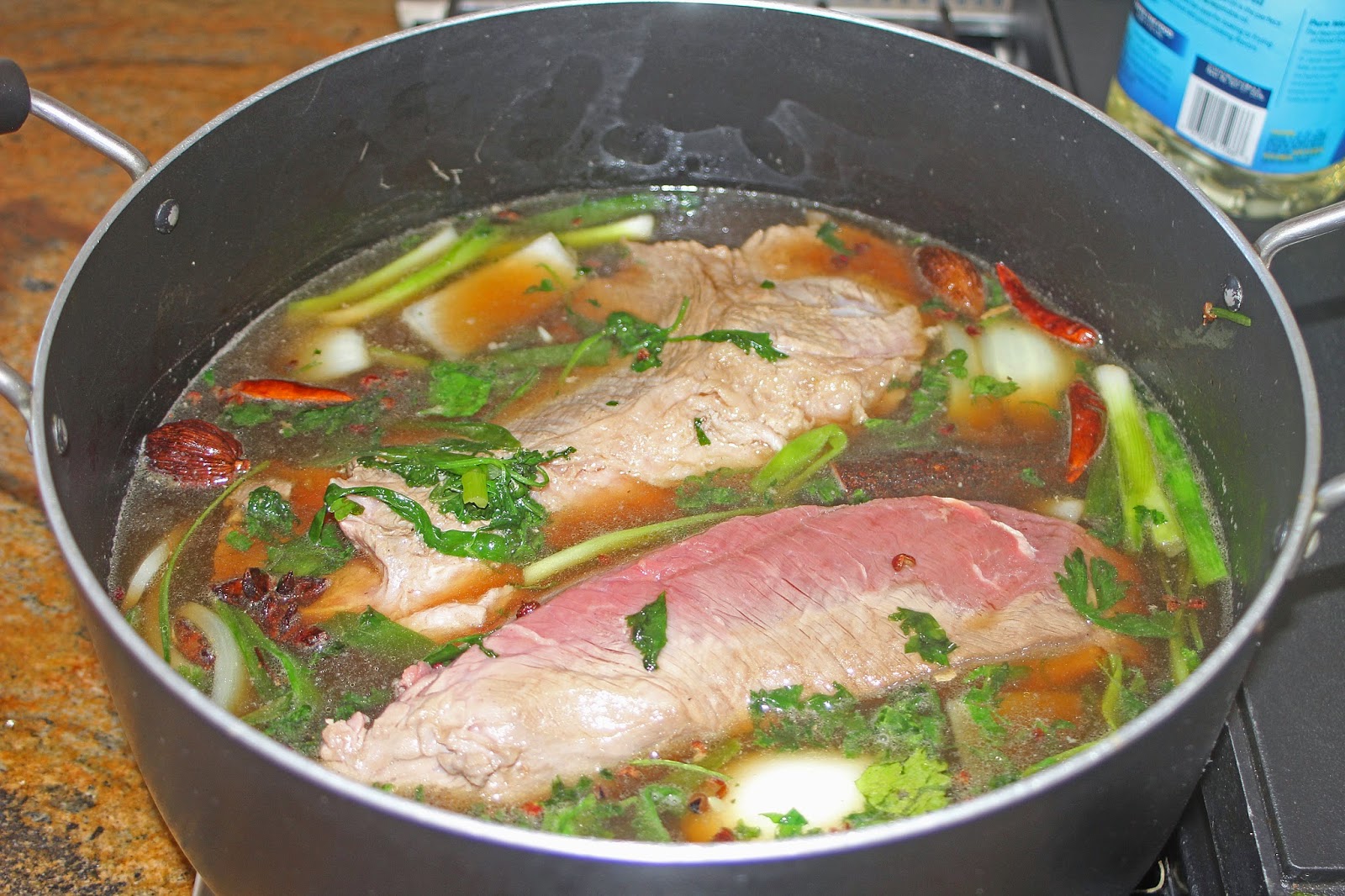 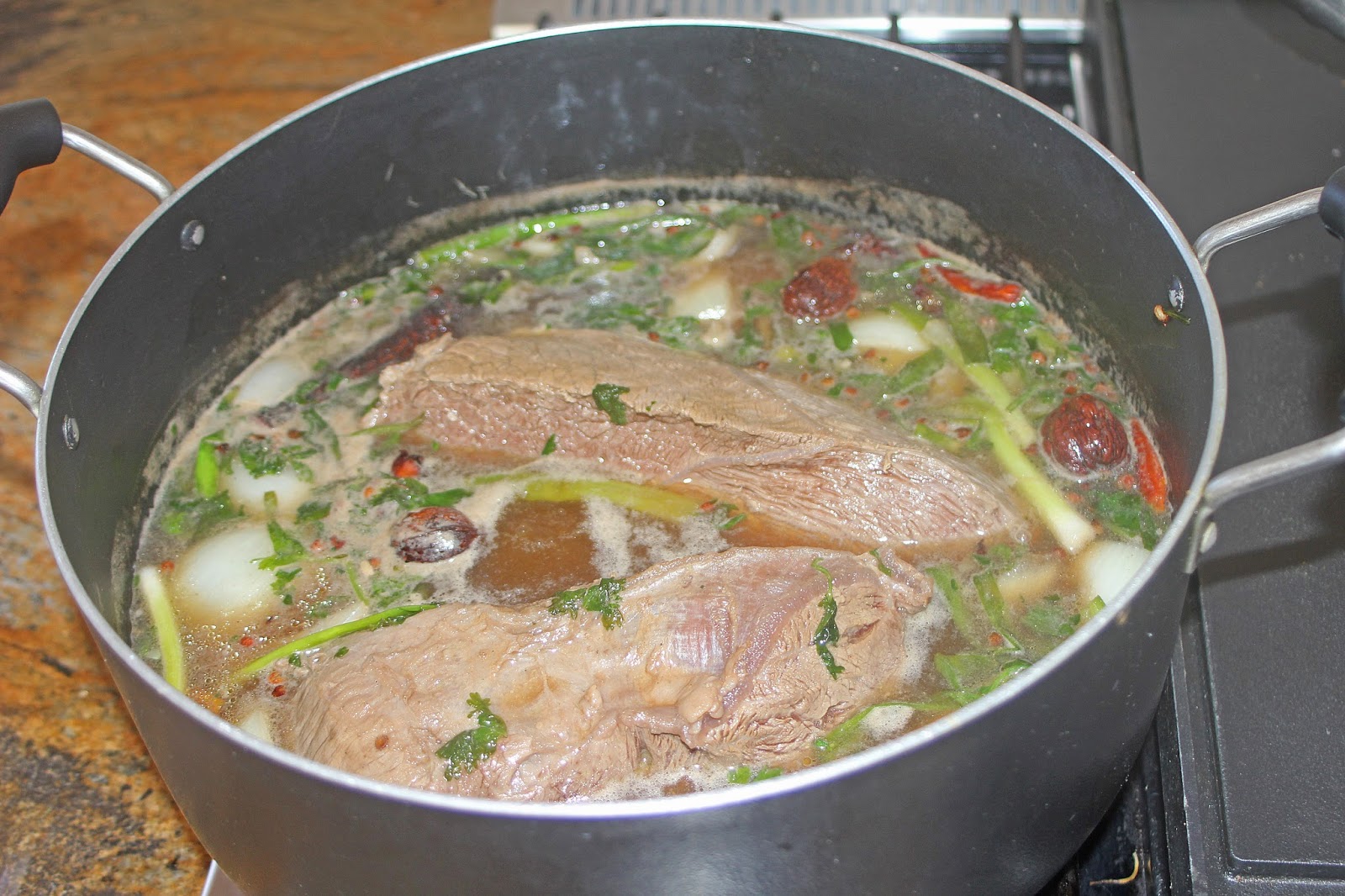 Bring to a boil, then reduce heat to simmer for 30 minutes. 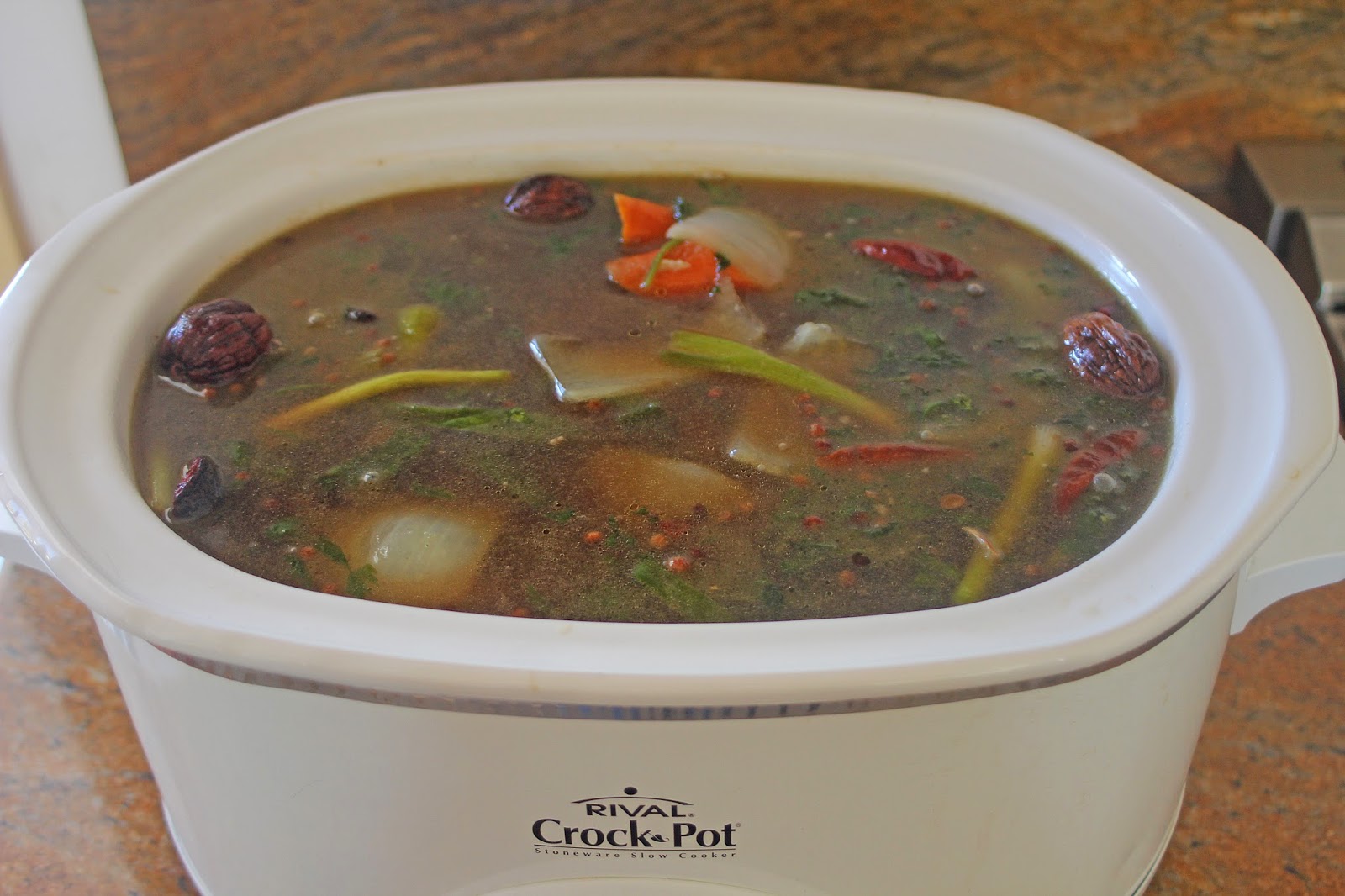 After 30 minutes of simmering, you can pour everything into a slow cooker and cook over high for 12 hours. Alternatively, you can keep the mixture on the stovetop, partially cover, and simmer for 4-5 hours or until the beef is very tender. 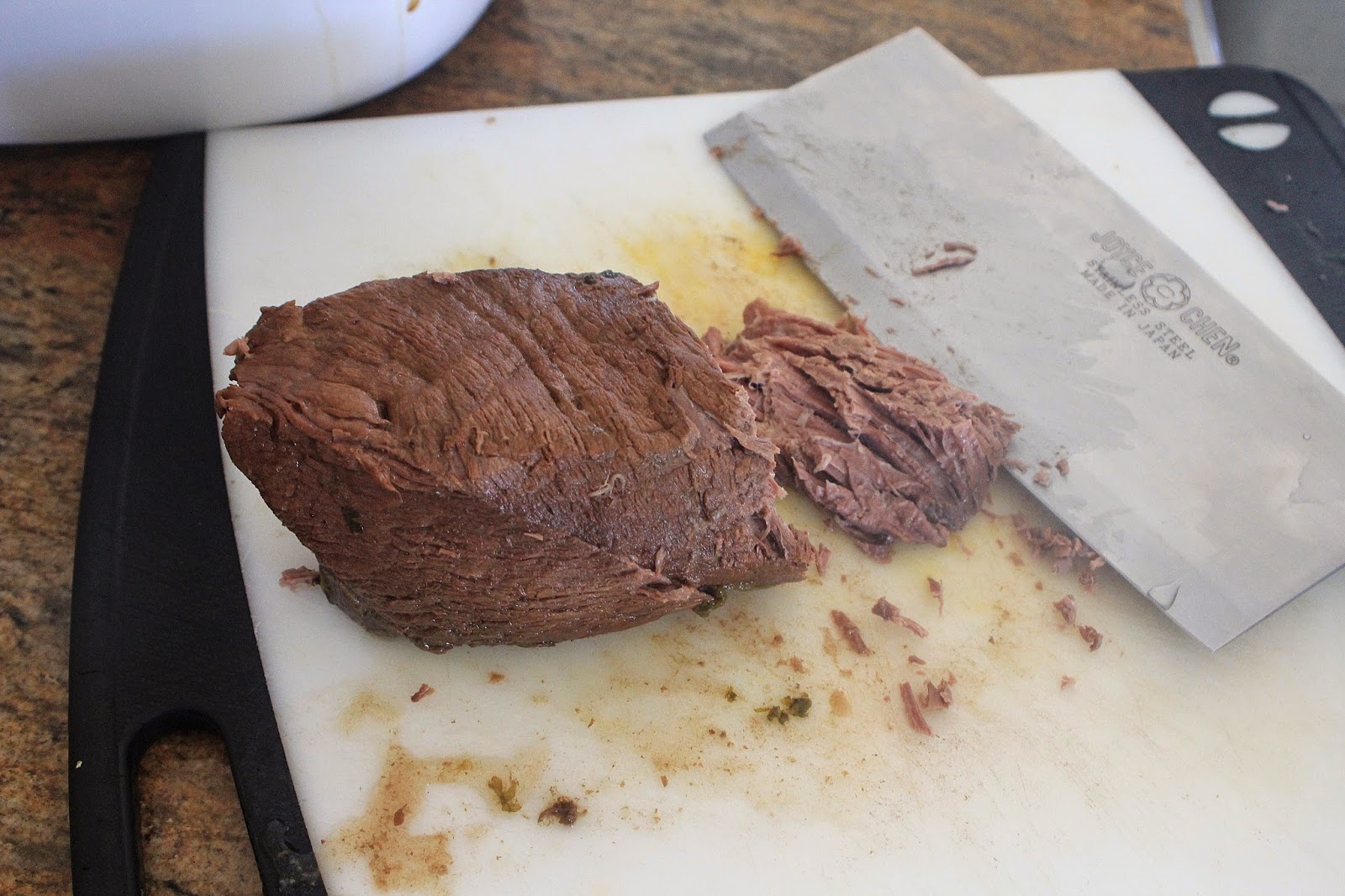 This is the chuck roast version. I've removed the meat onto a chopping board and chopped/shredded it into small pieces. 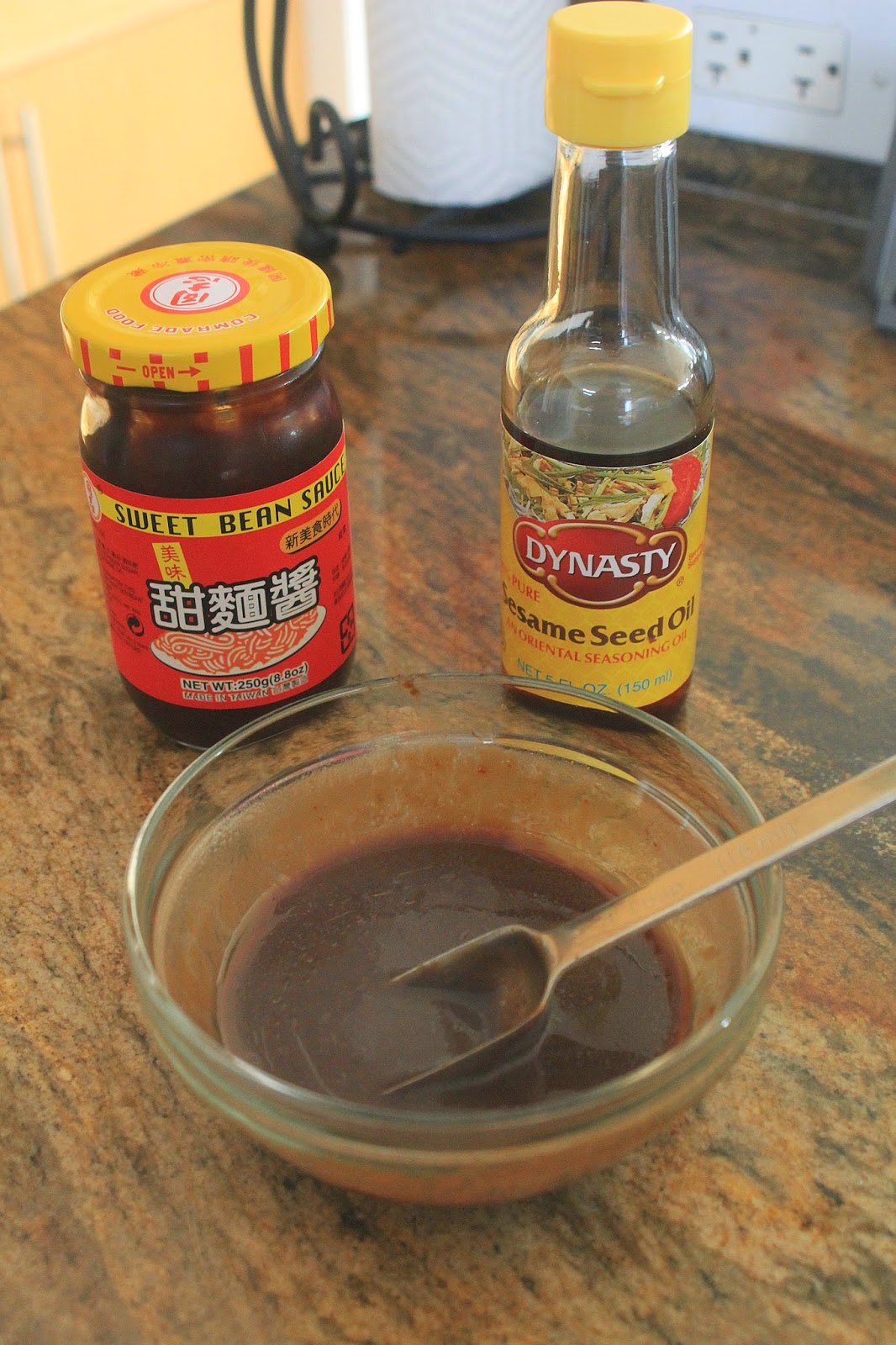 For the sauce: sweet bean sauce, water, and sesame oil. 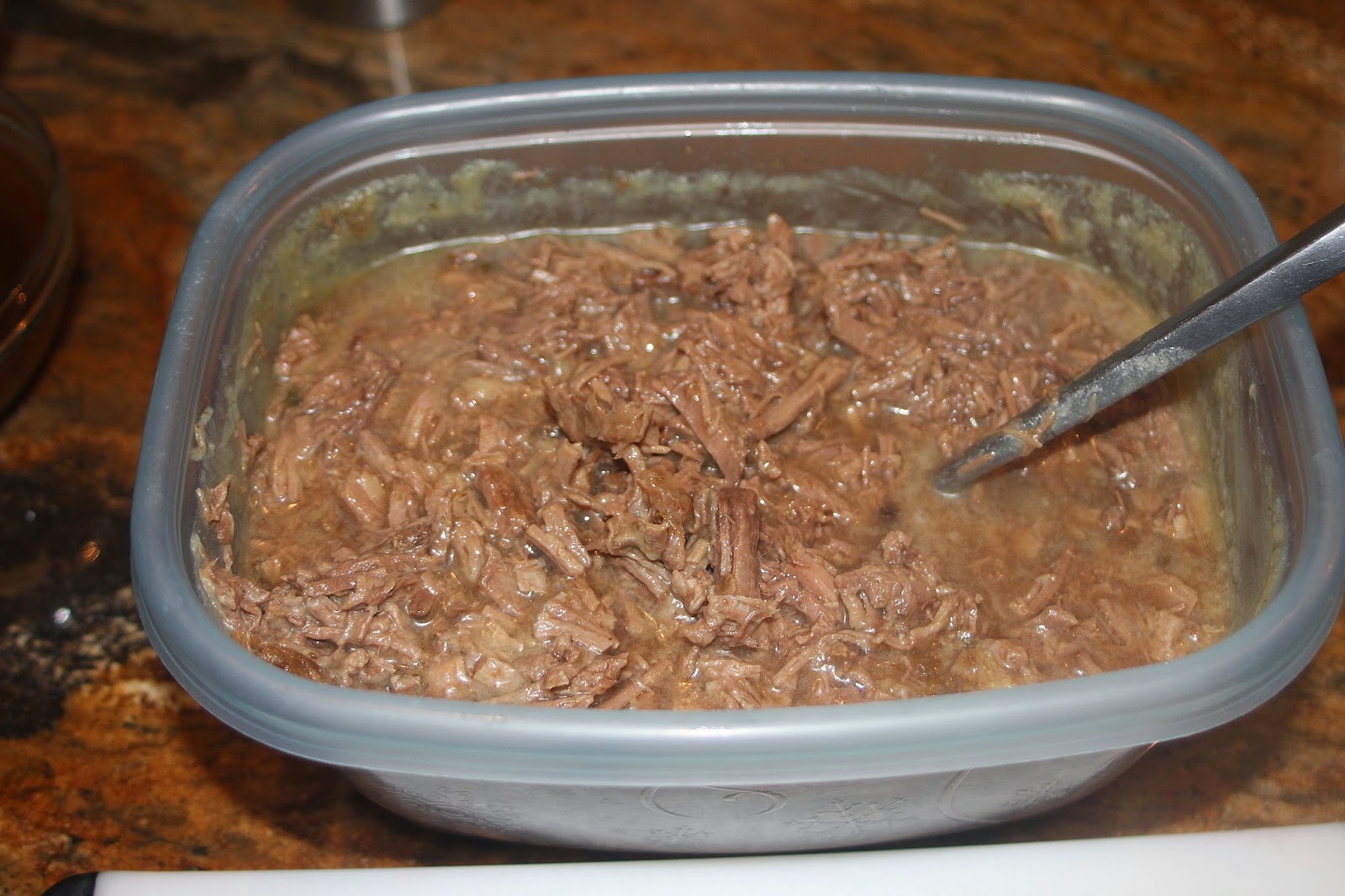 The shredded meat is placed into a container, covered with the stewing liquid, and seasoned with a drizzle of sesame oil and fresh chopped cilantro. 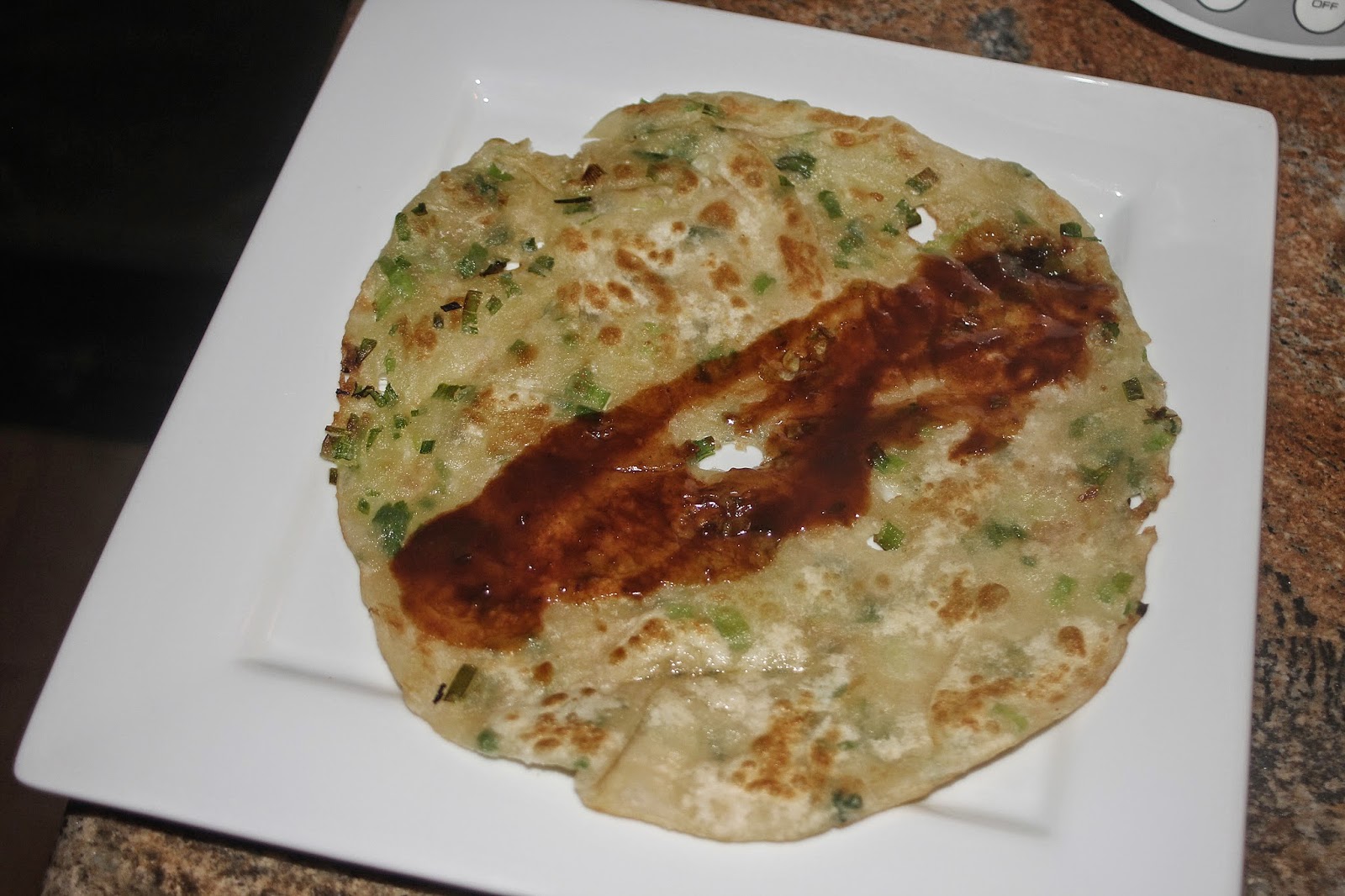 Schmear some sweet bean/hoisin sauce over the center of the pancake. 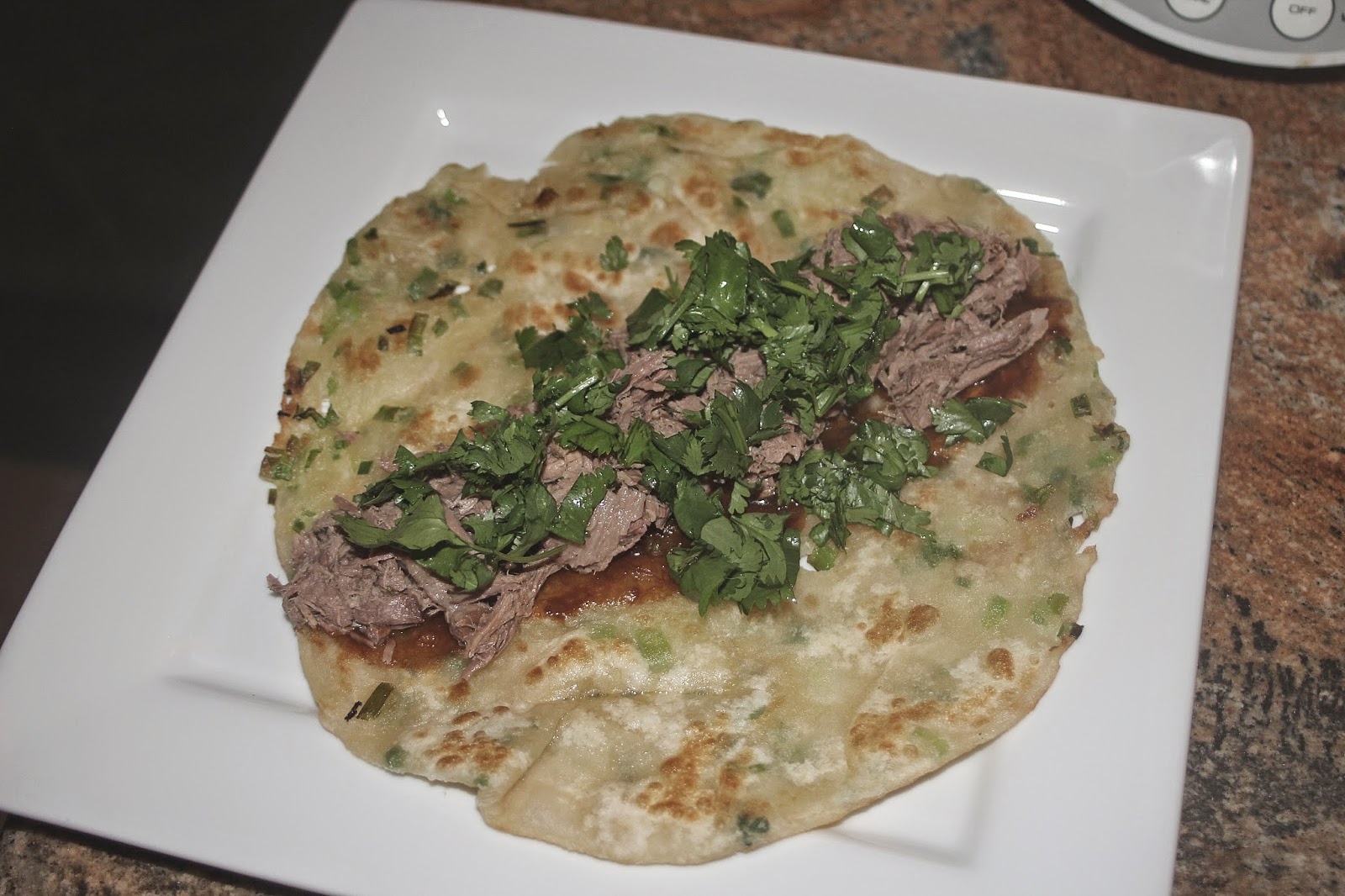 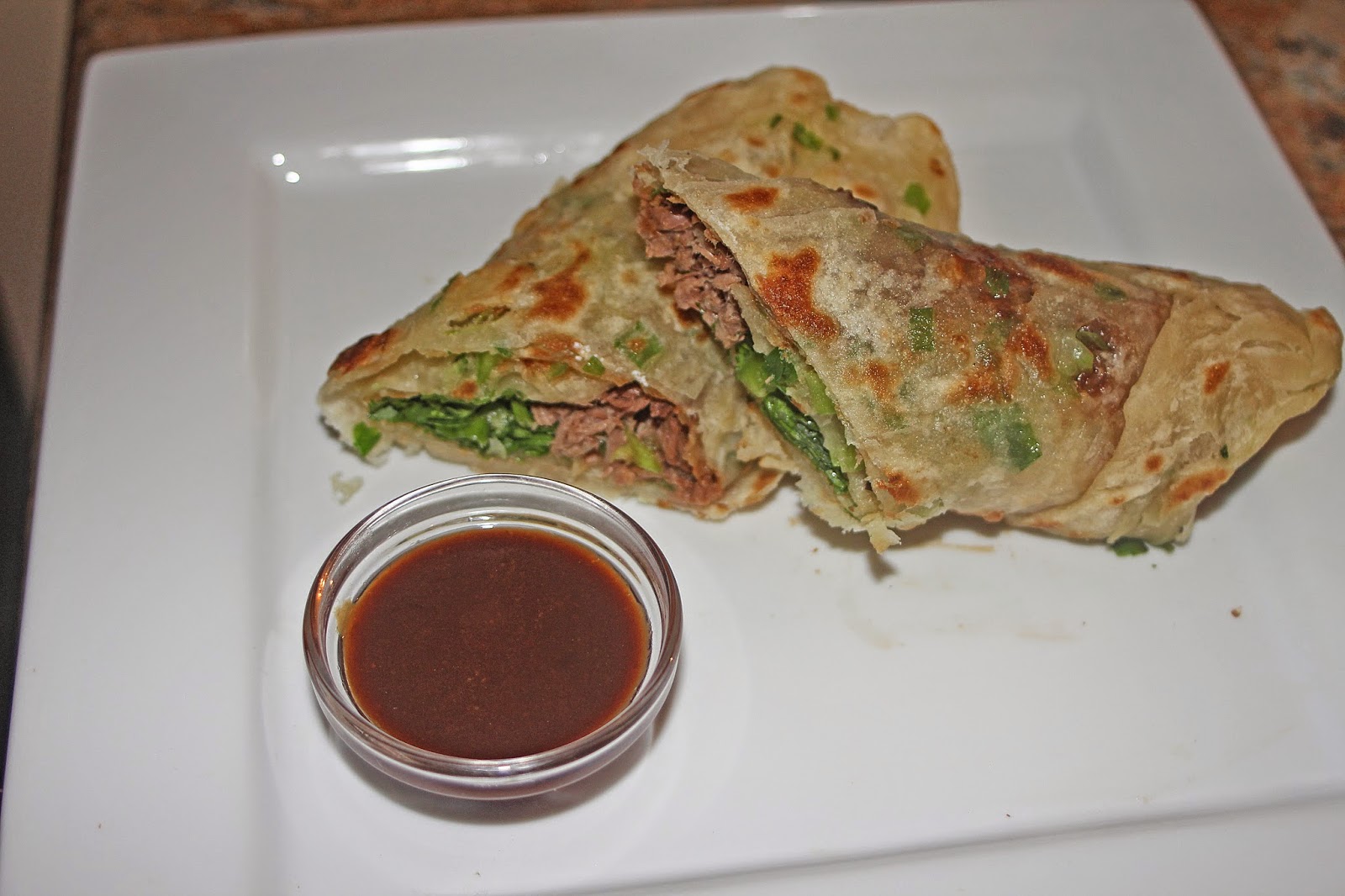 Roll up like an enchilada, then slice the roll into twos or fours, and serve with extra dipping sauce on the side.