A couple weekends ago I was watching Project Smoke, BBQ and Grill Master Steven Raichlen's new series on PBS, and was inspired by his recipe for Smoked Jamaican Jerk Spareribs to create this version. I cut down on the number of Habanero peppers from a whopping 12 to 3-4 and adjusted the quantities of the various other spices according to my own taste. My original plan was to grill the ribs on the BBQ, but by the end of the day, Gil was pooped (there were contractors here until 7pm installing a new A/C system) so I decided to just pop the rack into the oven. Lo and behold, it came out super juicy and scrumptious! What this means is that these ribs will turn out great whether cooked in the oven, grilled, or smoked. 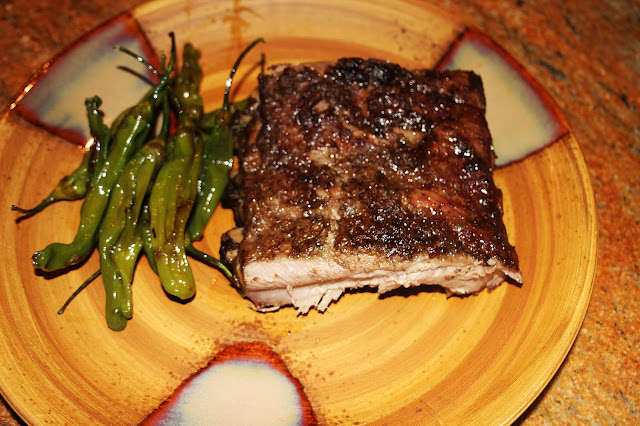 Jamaican-Style Jerk Ribs with a side of sautéed Shishito Peppers.

1. Combine all the marinade ingredients in a blender or food processor. Pulse 5-10 times until the ingredients are just blended and smooth.

2. Remove the silver skin from the underside of the rib racks (see photo below).

3. Place the rib racks on a baking sheet and pour the marinade over. Slather on both sides of the ribs. Cover with plastic wrap and then aluminum foil. You can also put the ribs and marinade in a turkey brining bags, which are basically oversized ziploc-type bags. Place in the refrigerator and let marinate at least 6 hours or preferably overnight, turning once or twice.

4. If cooking in the oven, preheat oven to 3o0F. Remove the plastic wrap from the ribs, and re-cover with foil. Bake for 1 hour. Remove the foil, turn heat up to 400F and bake an additional 40 minutes. Remove the ribs from the oven, cover, and let rest for 10-15 minutes before serving. I will post steps for grilling and/or smoking once I try those methods. 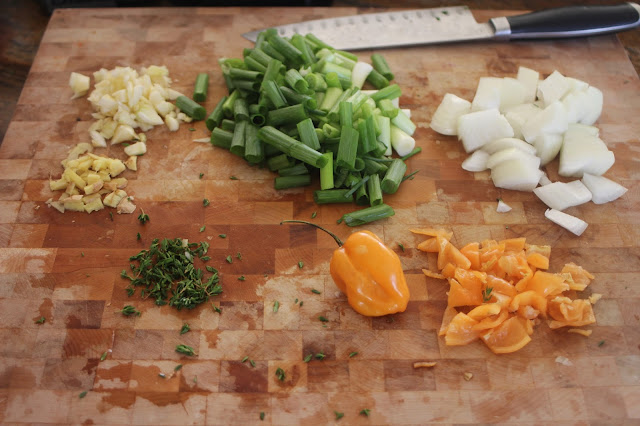 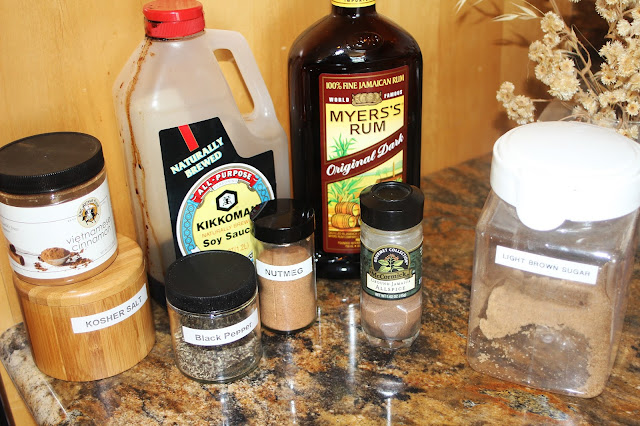 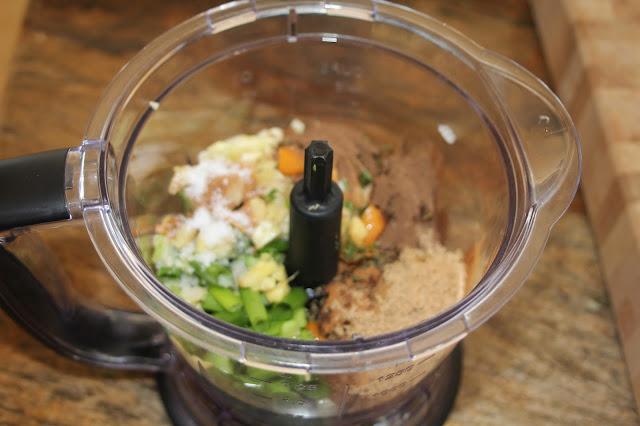 Place all the marinade ingredients into a blender or food processor. 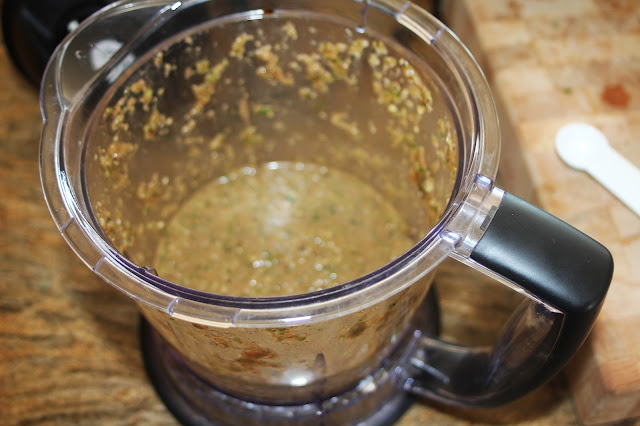 Blend until just smooth, about 5-10 pulses. 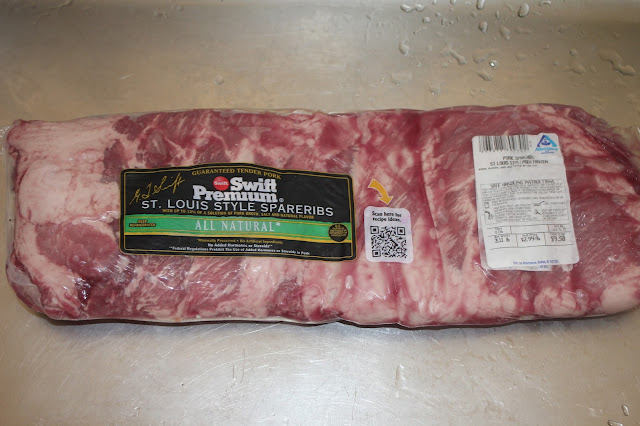 St. Louis Style ribs are basically spareribs that have been trimmed down to a more rectangular shape. 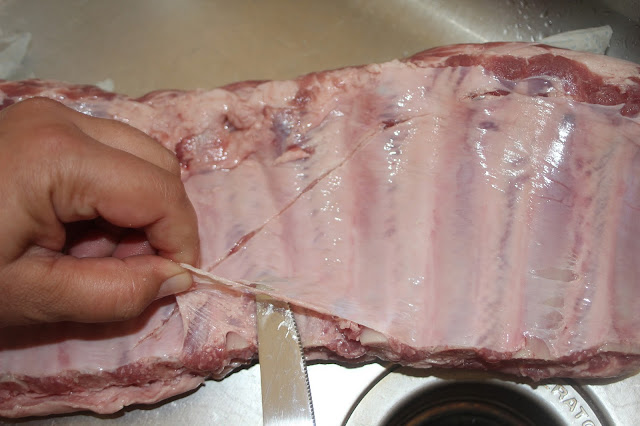 To remove that silver skin on the underside of the ribs, run a butter knife just under that layer starting around the center of the rib rack and start pulling away. 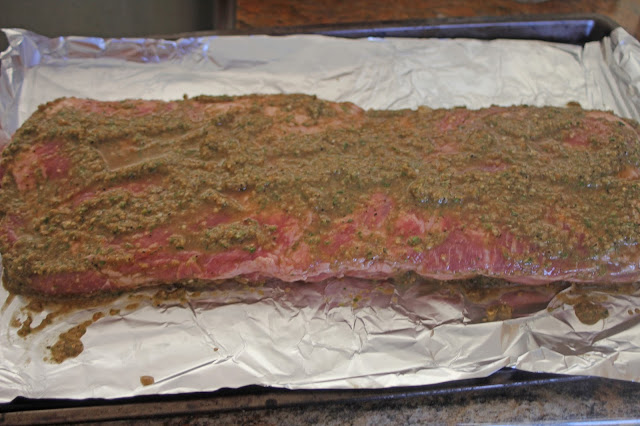 Place the rib racks on a foil-lined baking sheet and slather both sides with the marinade. Cover with plastic wrap and foil and marinate in the frig at least 6 hours or preferably overnight. 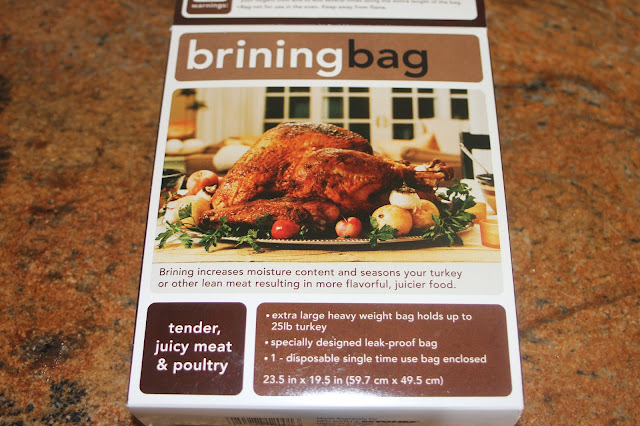 You can also put the ribs and marinade in a turkey brining bag (these are basically over-sized ziploc-type bags). 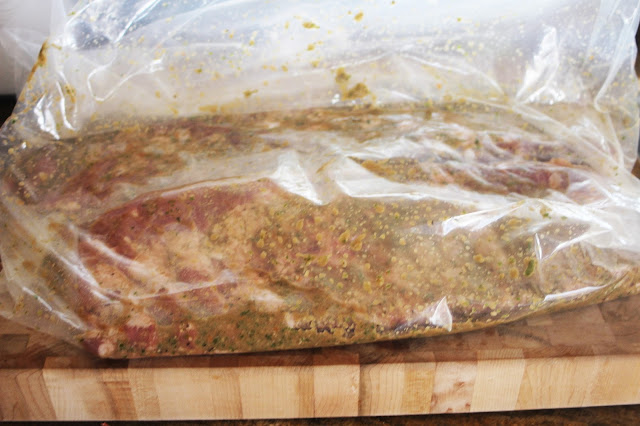 Ribs and marinade in a turkey brining bag. 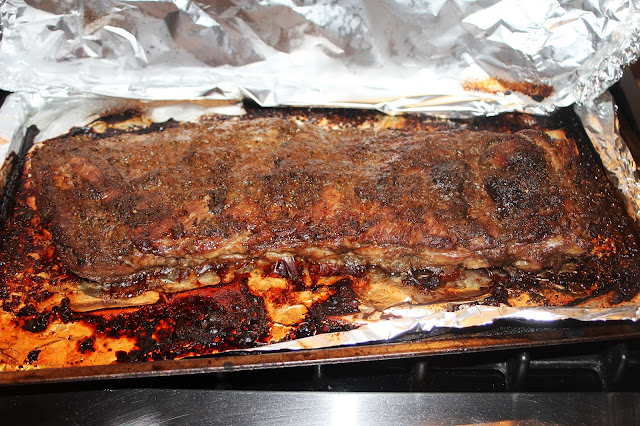 Voila! Great served with a side of sautéed or grilled Shishito peppers http://thegrubfiles.blogspot.com/2015/08/sauteed-grilled-shishito-peppers.html
Posted by camissonia at 8:31 PM