I took a cue from the Taiwanese dish, Sa Cha BBQ Beef with Noodles, and decided to make a variation of it using pork instead since this was the only meat I had in the frig. I opted to serve the sautéed pork with steamed rice rather than tossed with noodles. Sa Cha BBQ sauce is a savory and mildly spicy Taiwanese sauce that's made from dried shrimp, brill fish, chiles, soybean oil, shallots and garlic. It's the traditional condiment used for hot pot (we always mix ours with a bit of ketchup and soy sauce), but it is also a great as a seasoning for stir-fried meat dishes like this one. 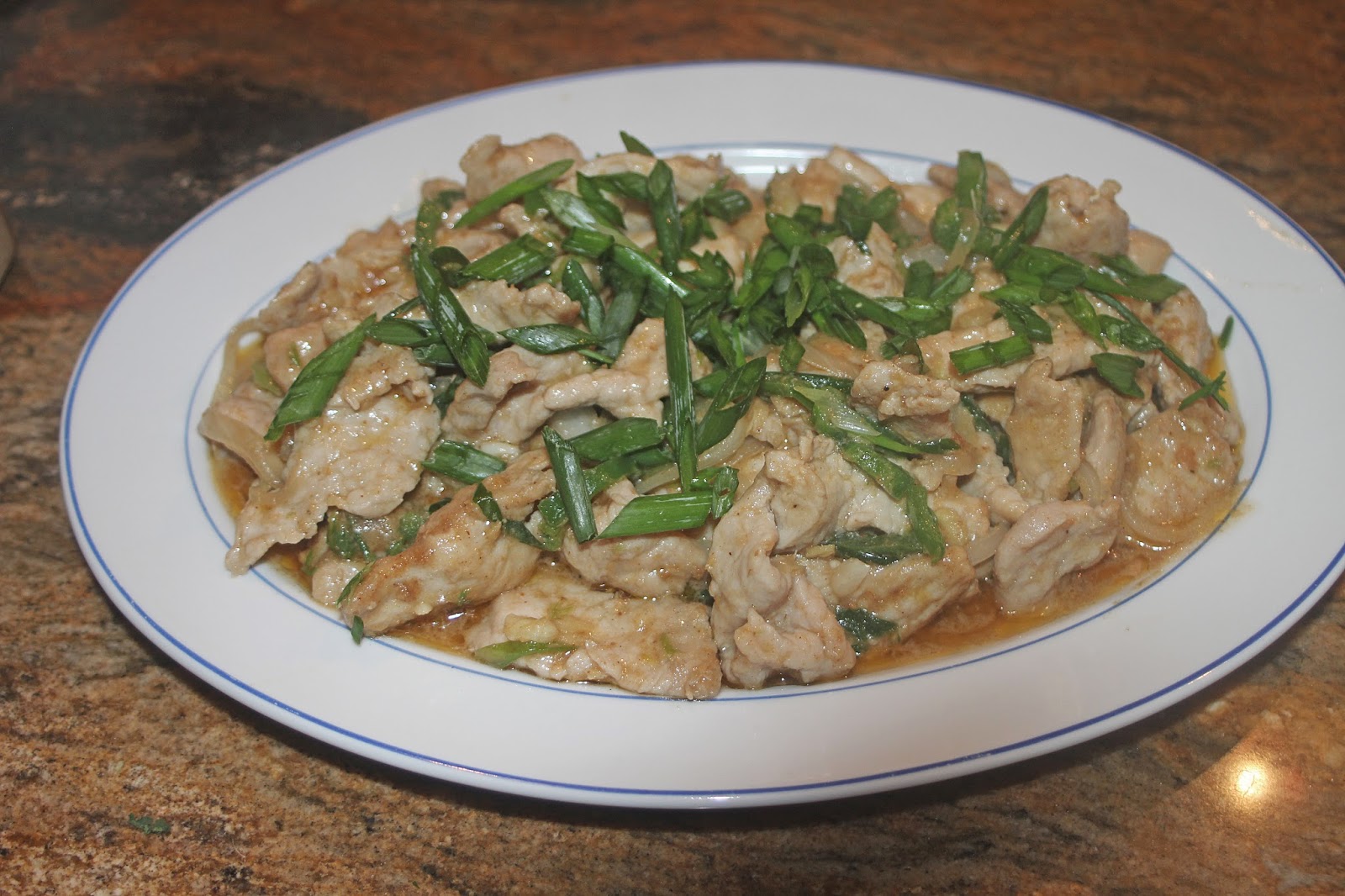 1. Toss the pork in soy sauce, rice wine and cornstarch and let marinate for 30 minutes.

2. Heat 1/4 cup of oil in a wok or large saute pan. Add the pork and saute briefly until the meat is just cooked through. Remove and set aside.

3. With the remaining oil in the pan and add the garlic, onion, ginger, and jalapeños. Saute for 1-2 minutes until softened. Add the meat back into the pan and stir to combine.

4. Add the Sa Cha sauce, water, and sugar. Bring up to a boil, turn off heat, then remove to a serving platter. Garnish with chopped scallions and cilantro. Serve with steamed white rice. 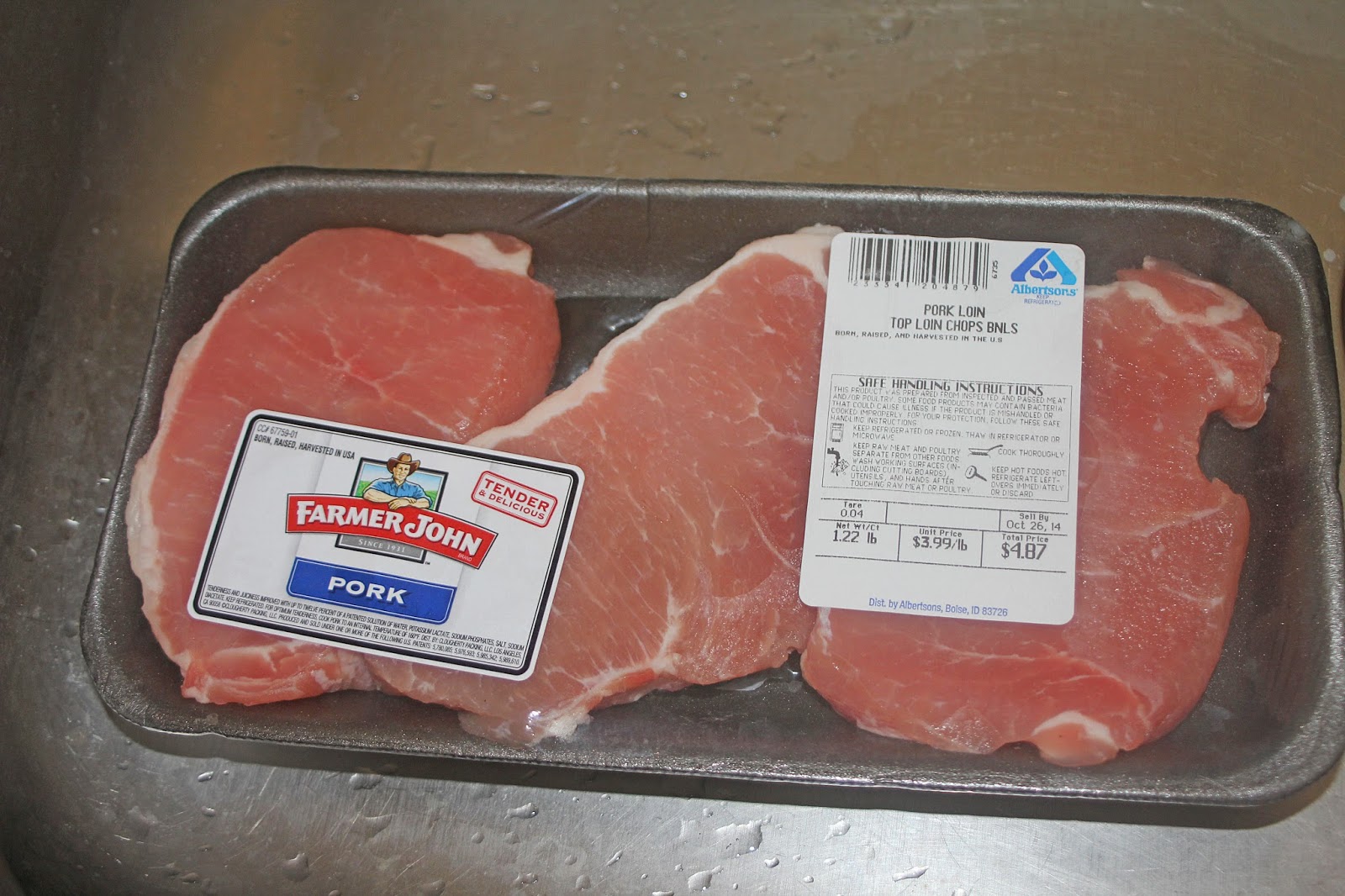 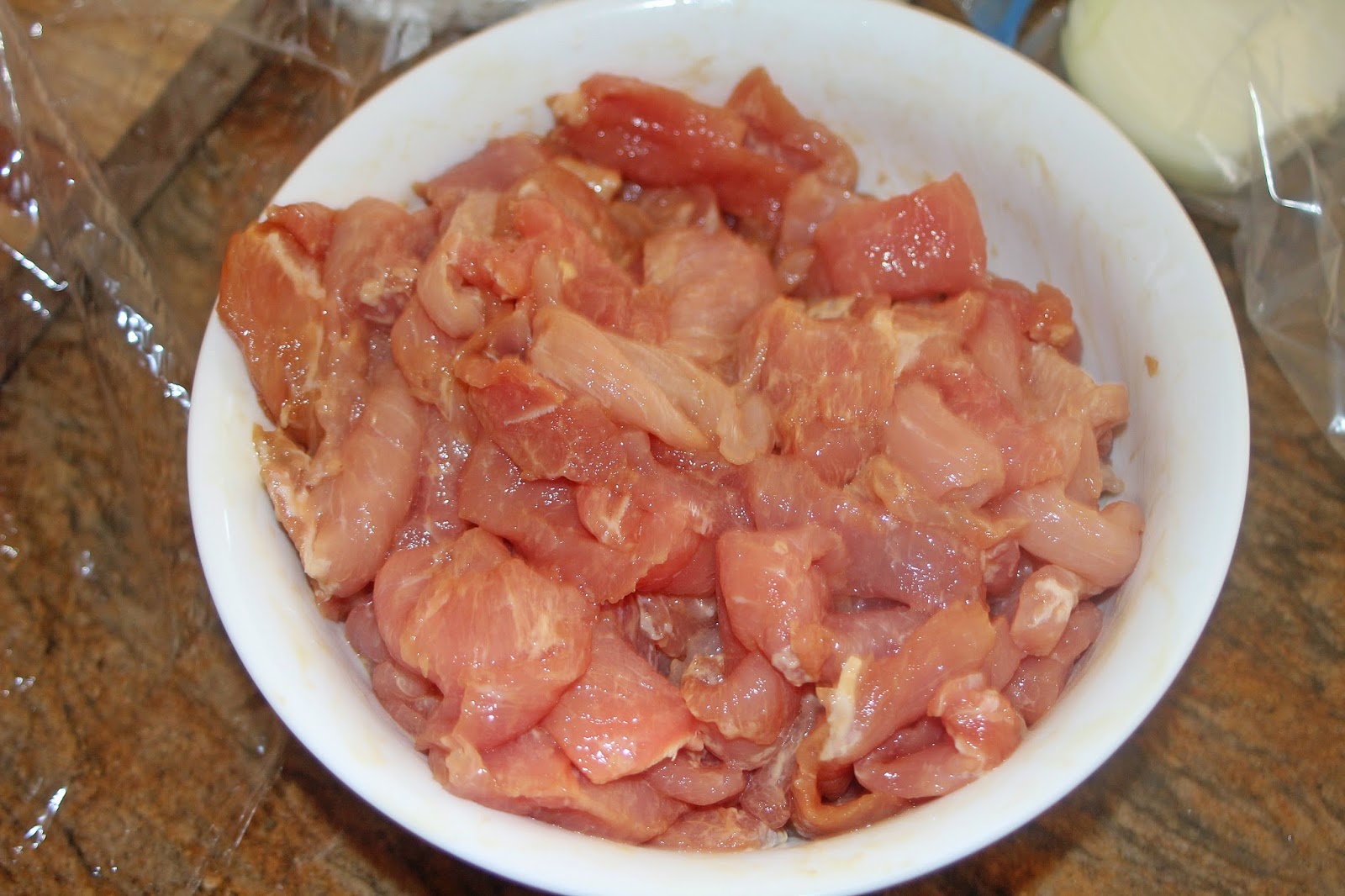 Marinate the pork slices in soy sauce, rice wine and cornstarch for 30 minutes. 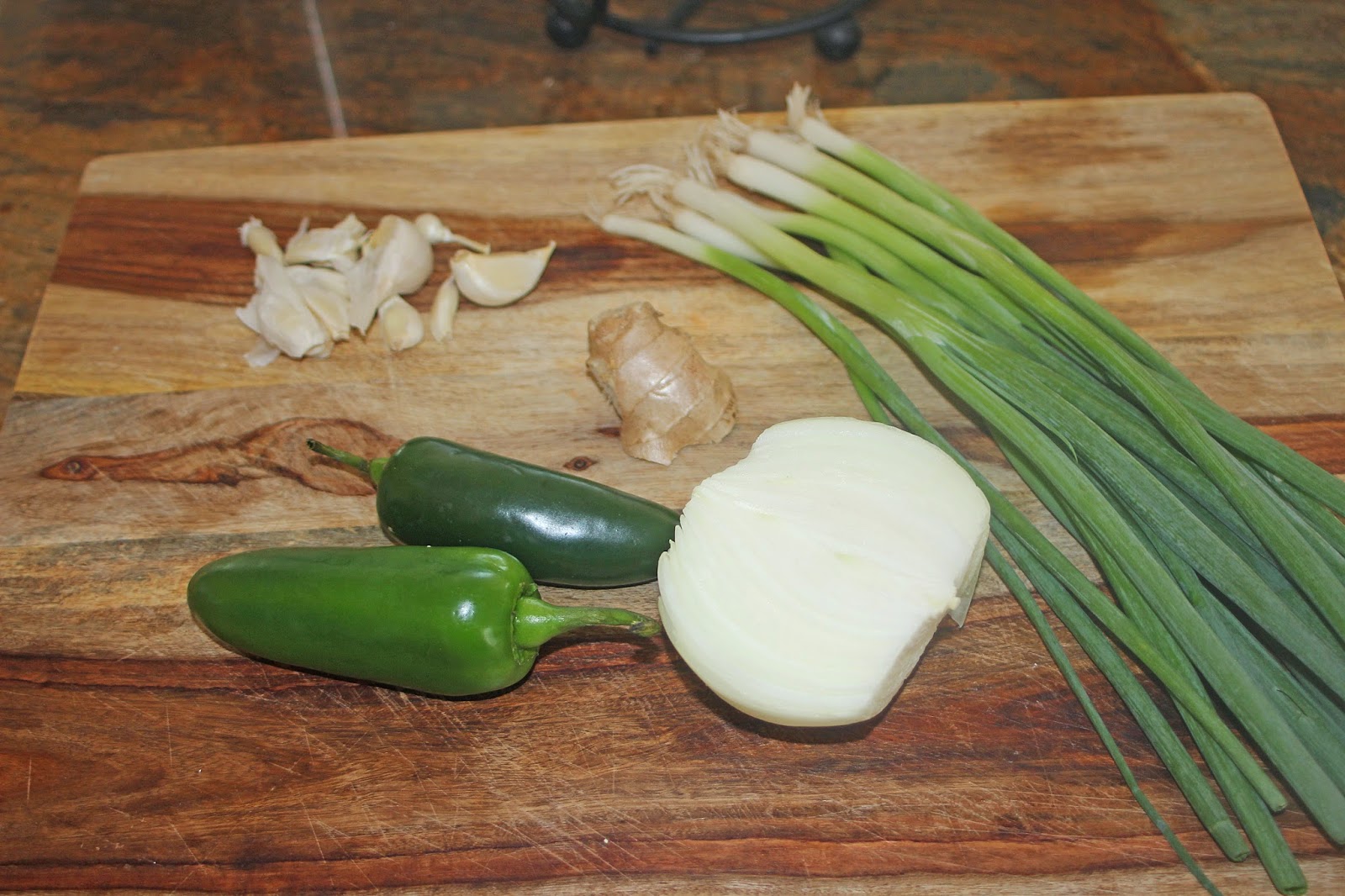 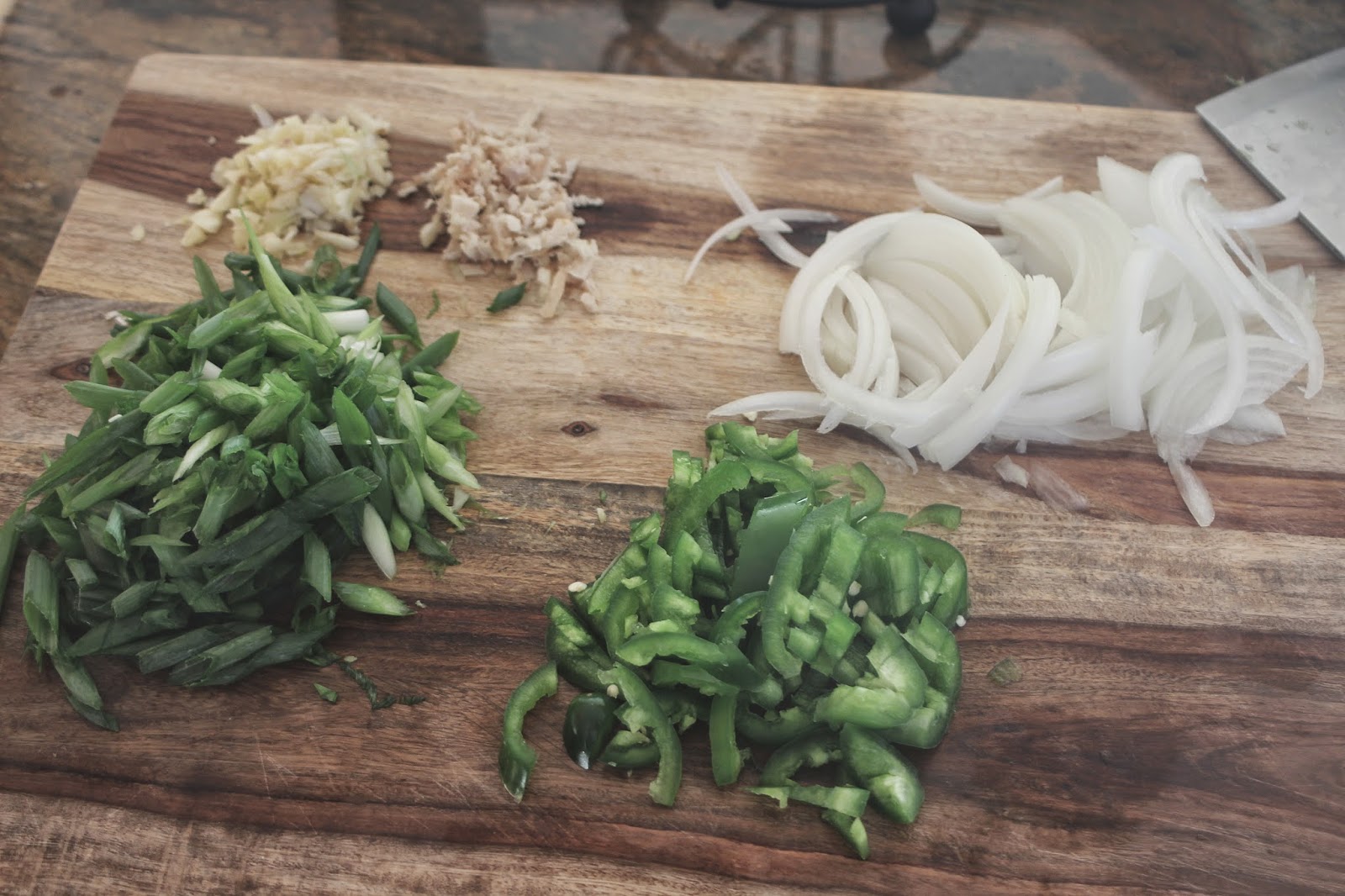 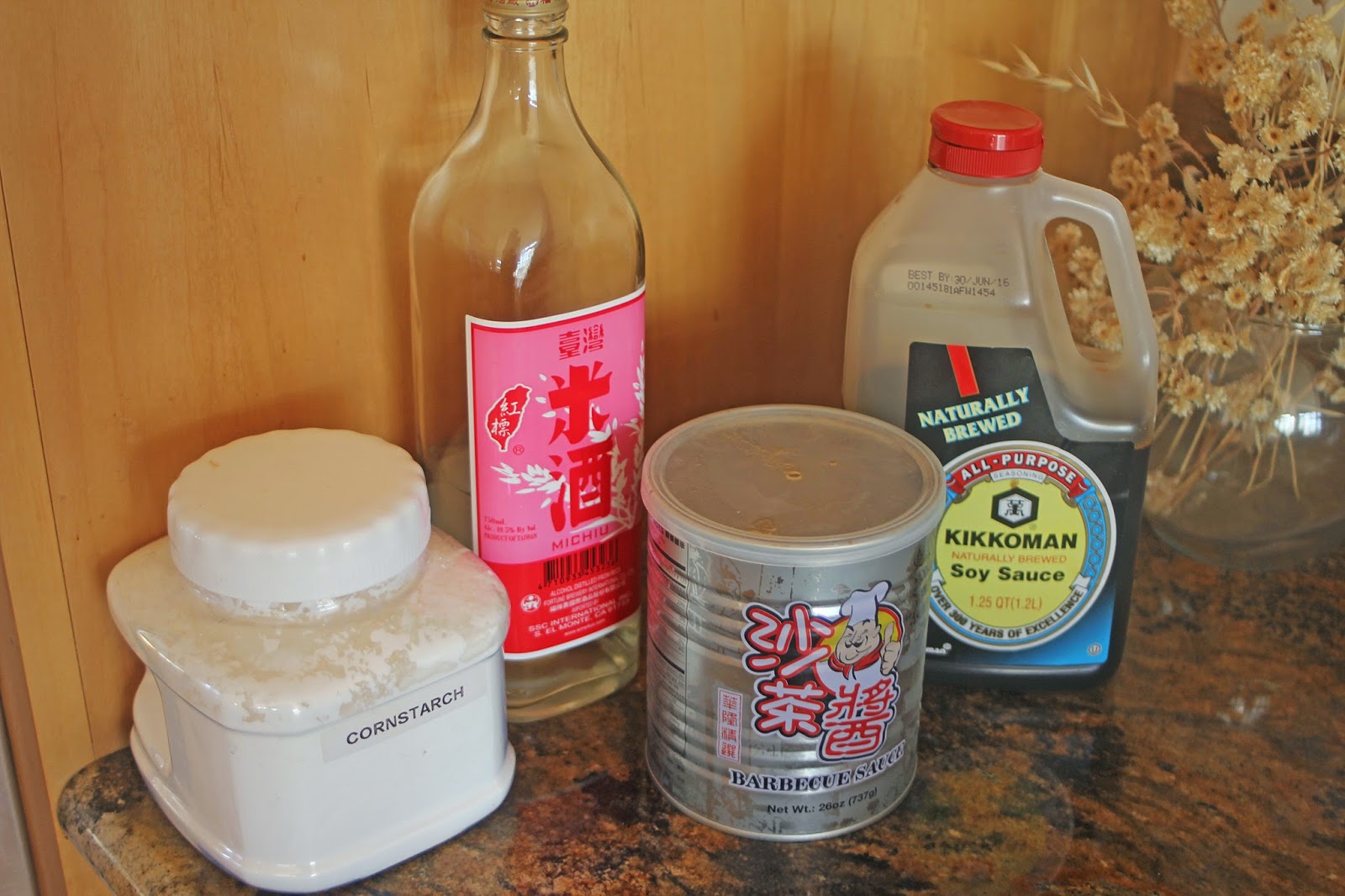 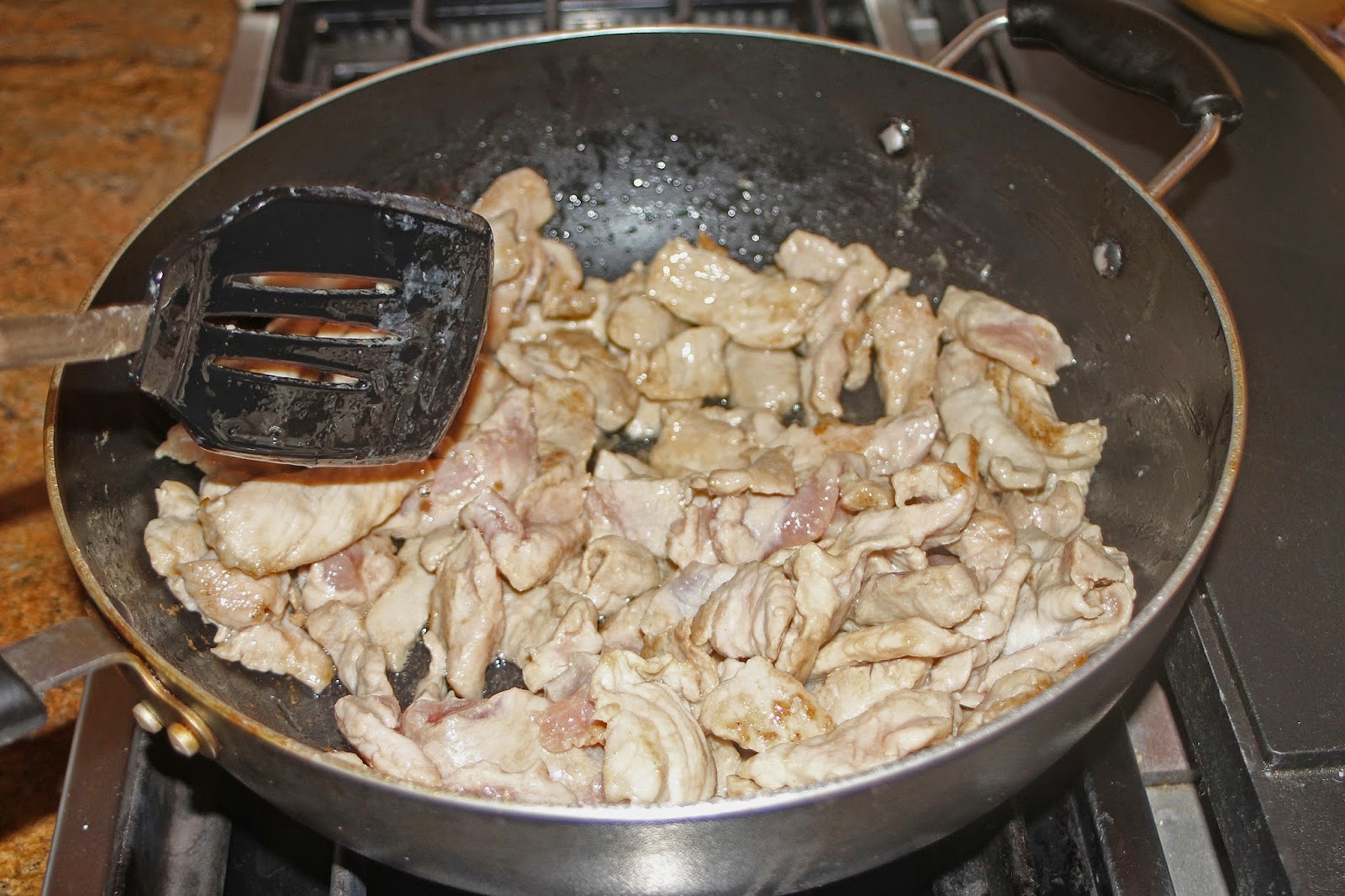 Cook the marinated pork in 1/2 cup of oil until just done. 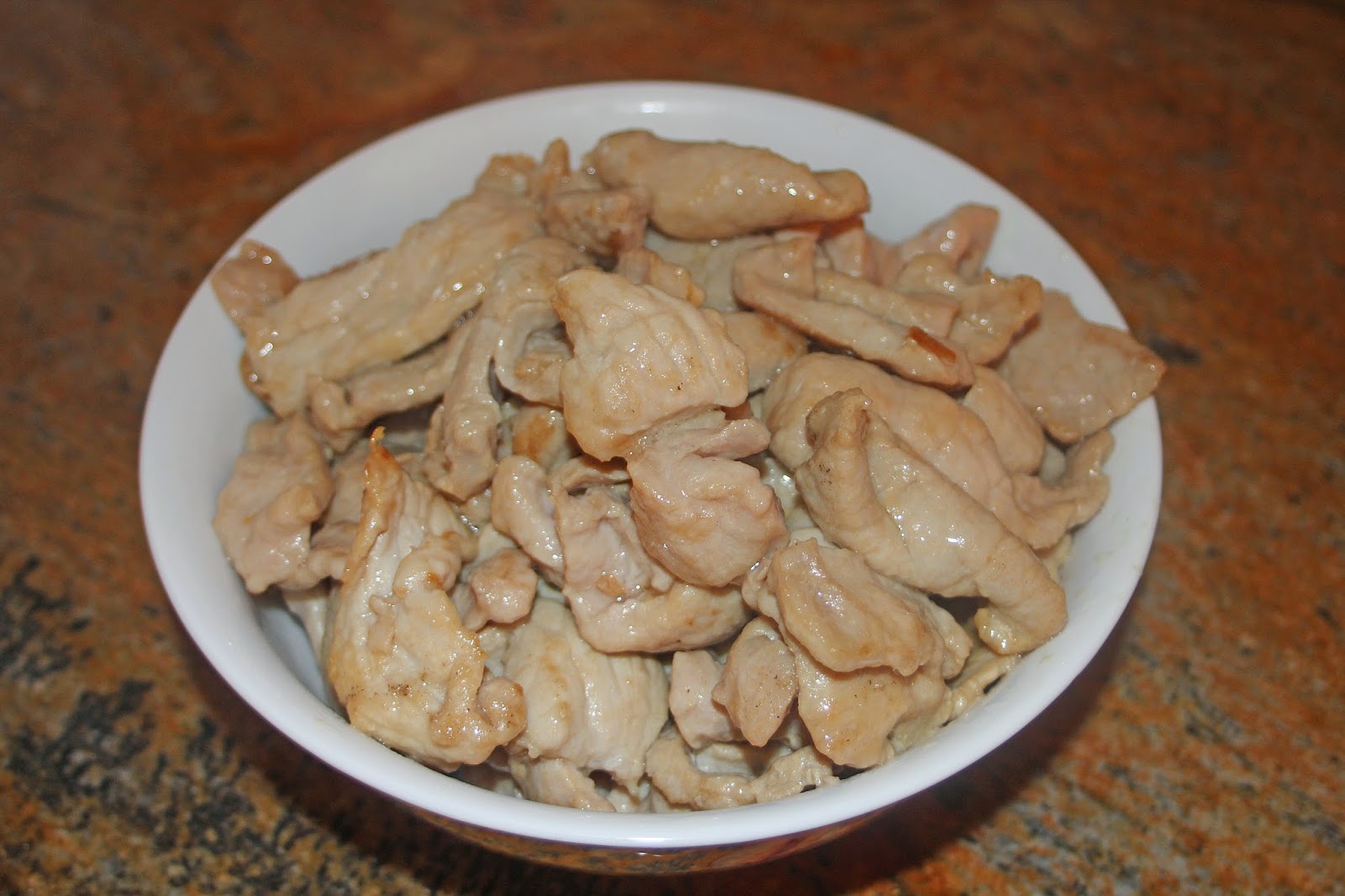 Remove the pork and set aside. 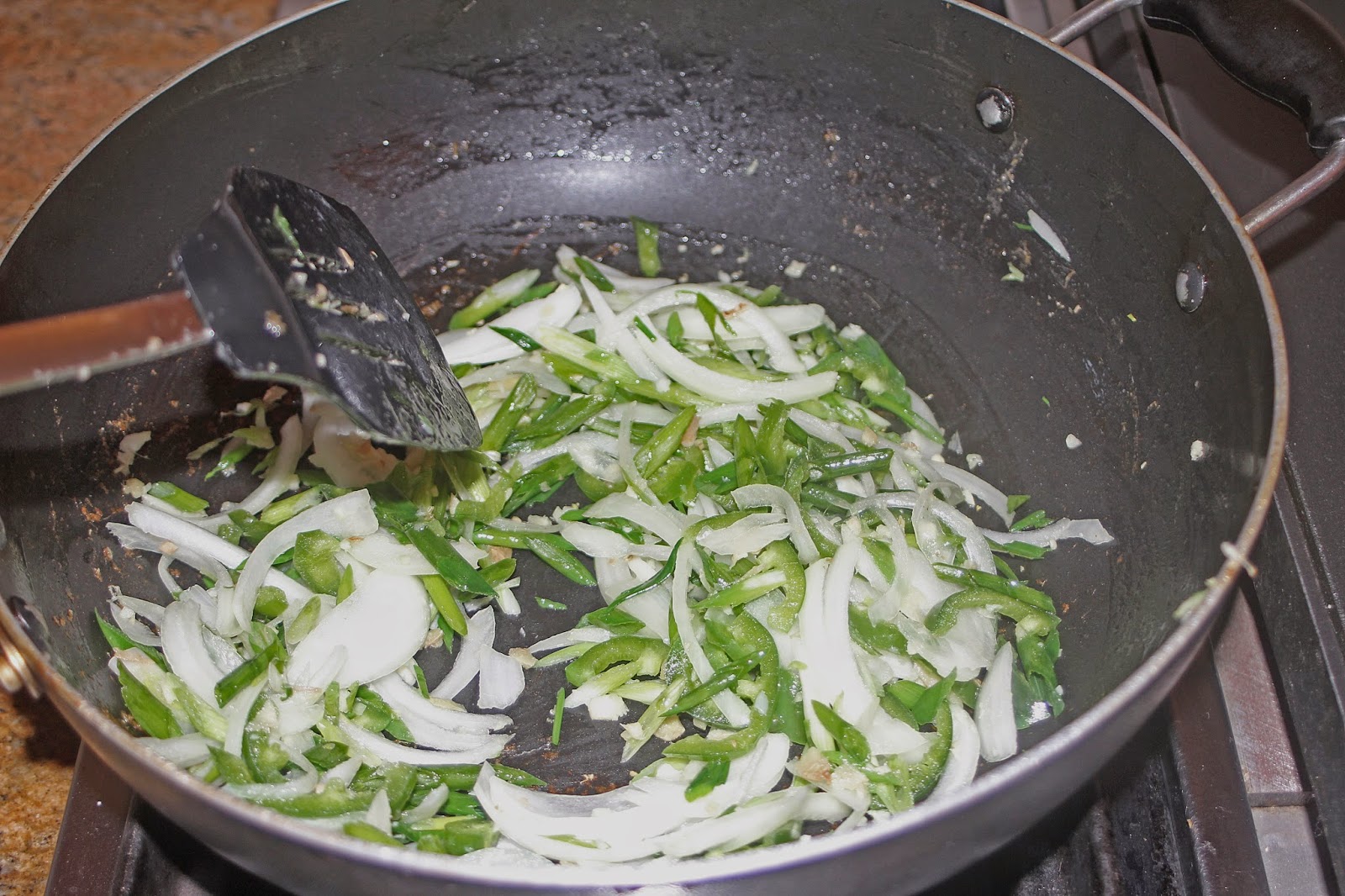 Saute all the vegetables in the remaining oil in the pan. 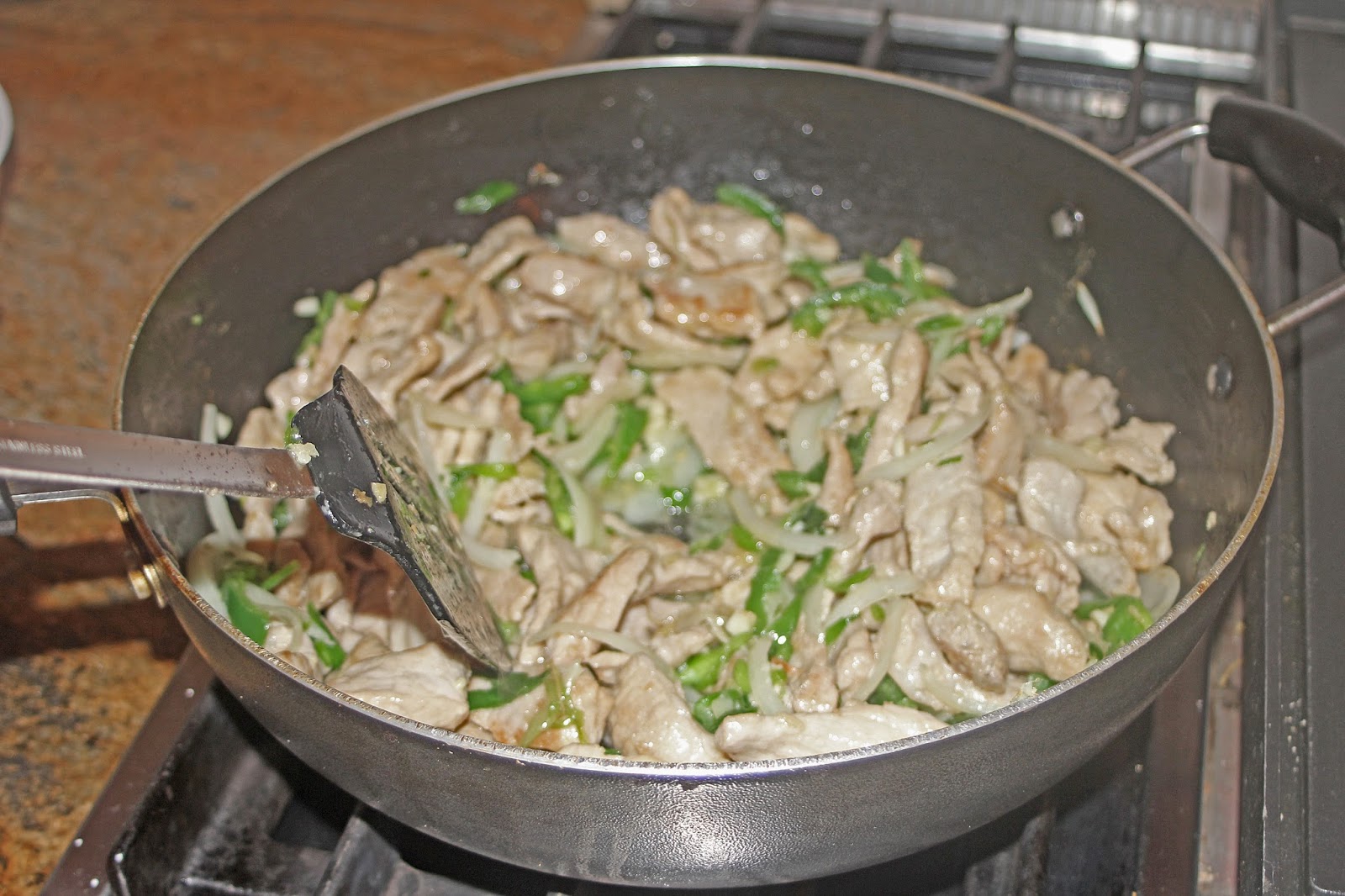 Add the pork and stir to combine. 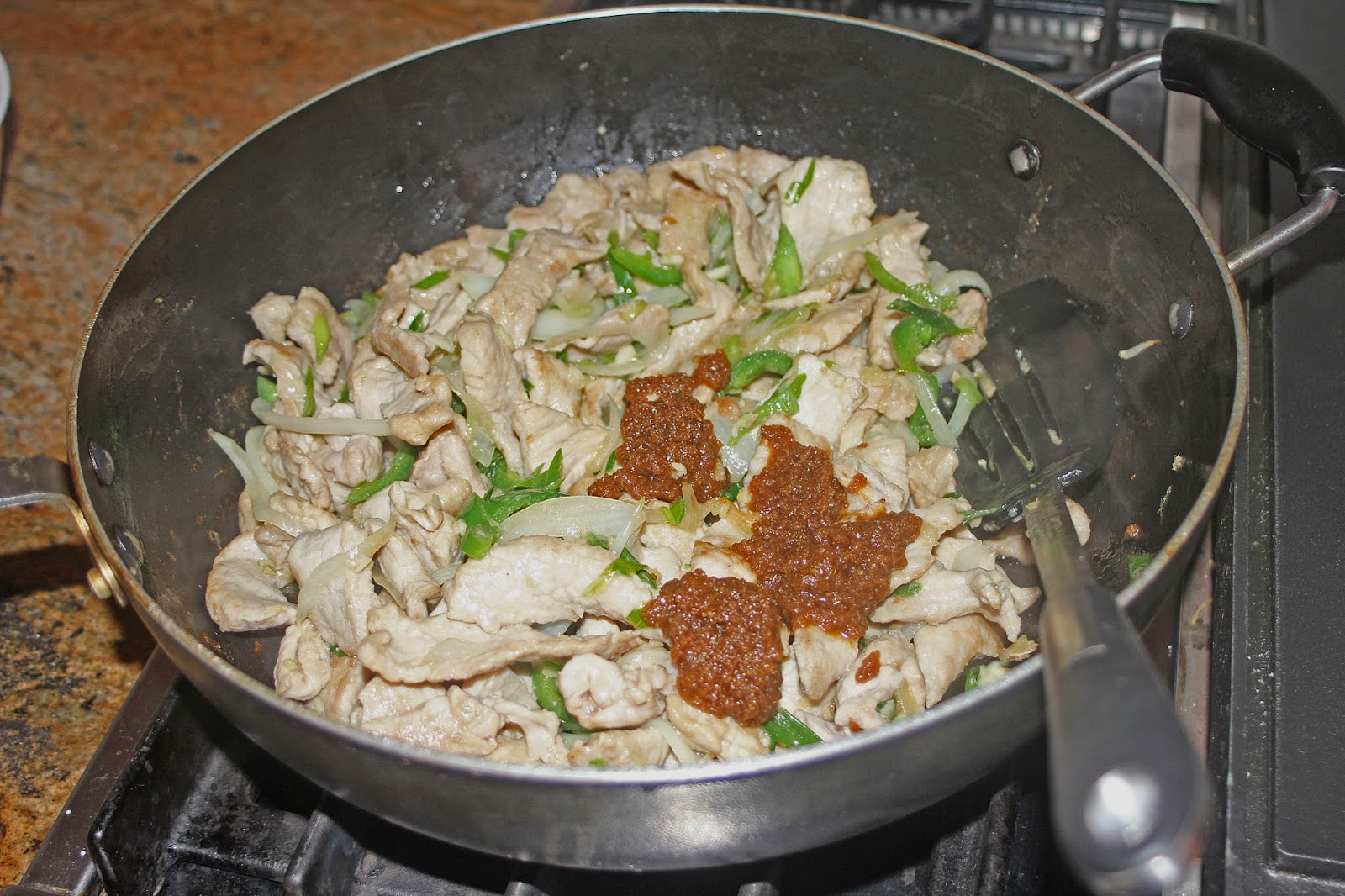 Add the Sa Cha BBQ sauce, water, and sugar. Bring to a boil, then remove the pork to a serving platter. Garnish with chopped scallions and cilantro. 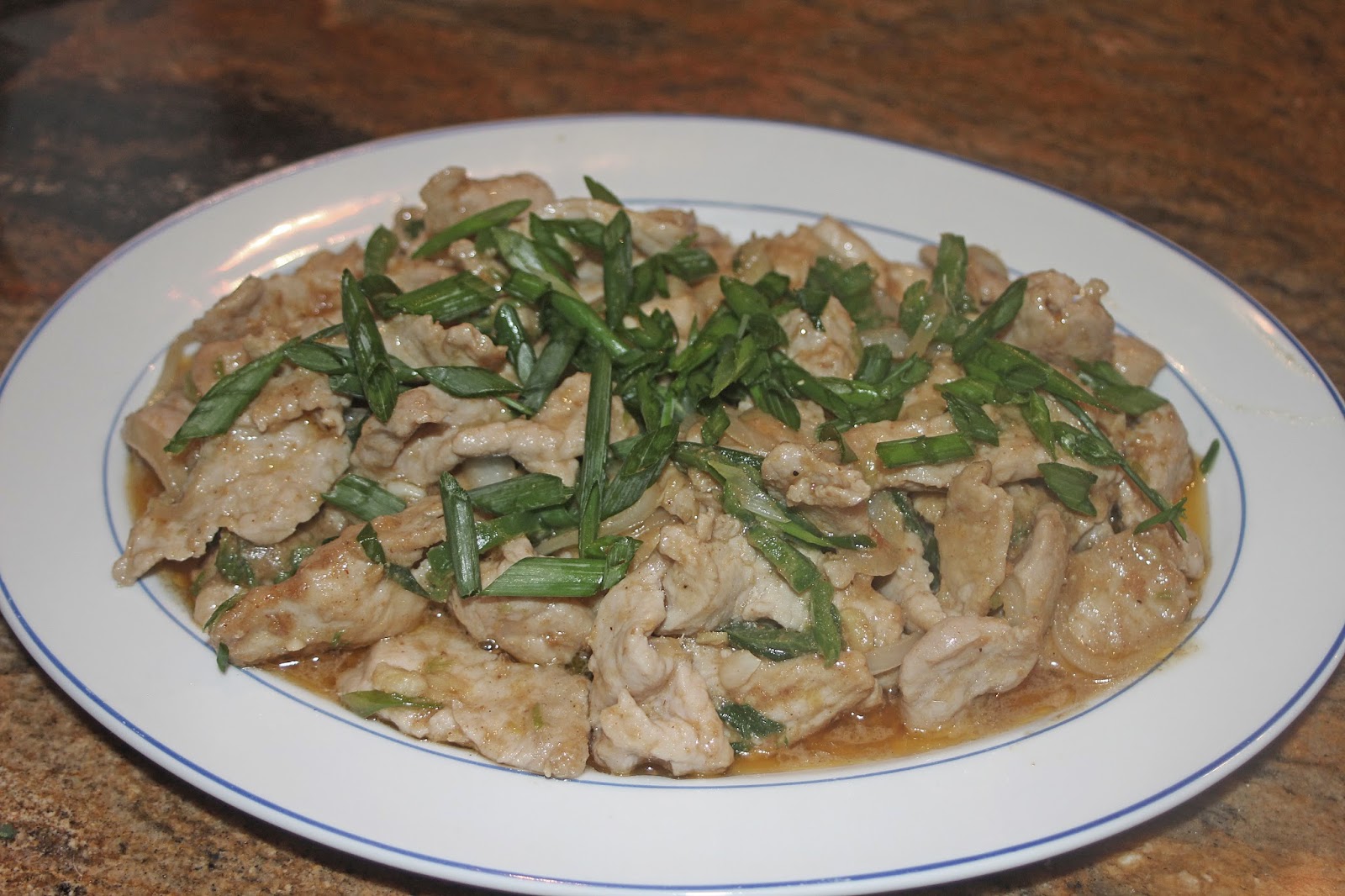